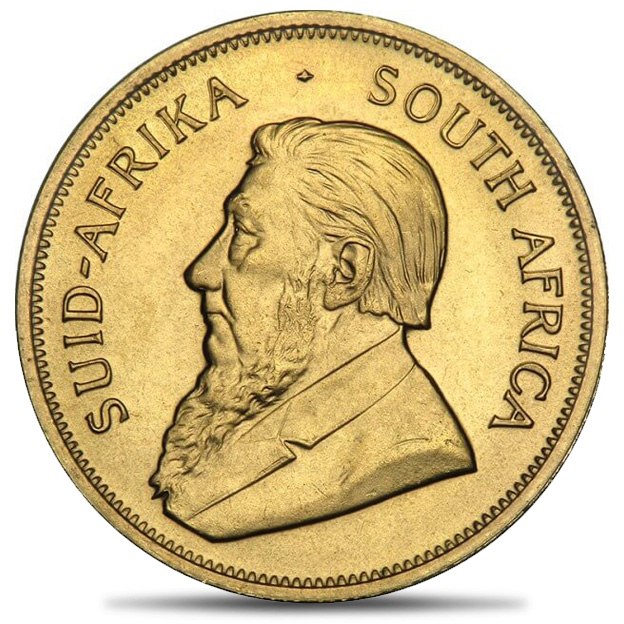 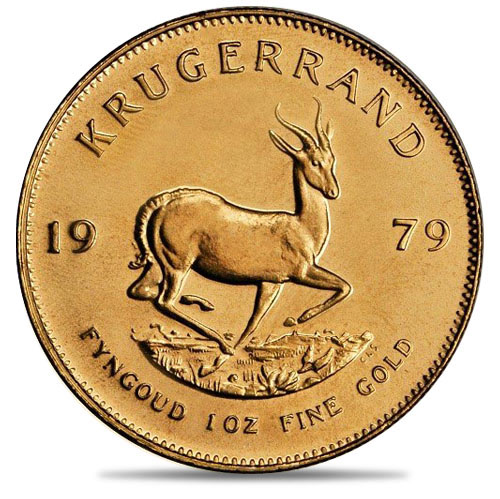 The Krugerrand might be the most widely owned bullion coin worldwide. First introduced in 1967, it was designed as a vehicle to encourage individual gold investment.

The reverse, designed by C.L. Steynberg, shows a running springbok (South African antelope), and it also lists the issue date and gold weight and purity. The Krugerrand has no face value because it is designed for trade outside South Africa, rather than as a national currency.

Krugerrands are minted with a 91 2/3 parts gold and 8 1/3 parts copper alloy. The official South African Mint was privatized in 1988 and became subsidiary of the South African Reserve Bank.