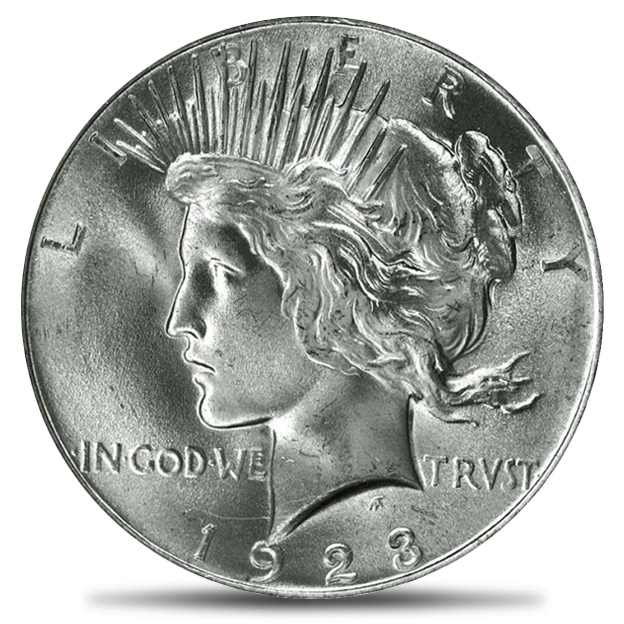 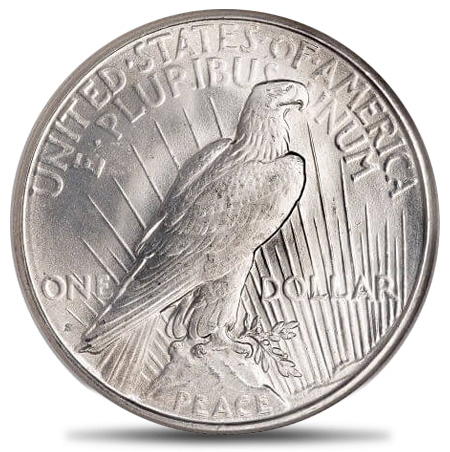 The Peace Dollar commemorated the Treaty of Paris, ending World War I. Unusually, it was created without a new Congressional act, instead being minted under provisions of the Pittman Act, which reissued the Morgan silver dollar in 1921.

Medalist Anthony De Francisci designed the silver Peace Dollar using his wife, Teresa, as model for Lady Liberty. Above her head is “LIBERTY,” and the issue date is below. “IN GOD WE TRUST” appears around her neck, separated between “WE” and “TRUST.” The reverse has an eagle perched on mountain crag, looking off into rays of sunlight. Across the eagle is the dollar denomination. The mint mark is beneath “ONE,” and along the rim is inscribed “UNITED STATES OF AMERICA” above “E PLURIBUS UNUM,” Latin for “Out of Many, One.”