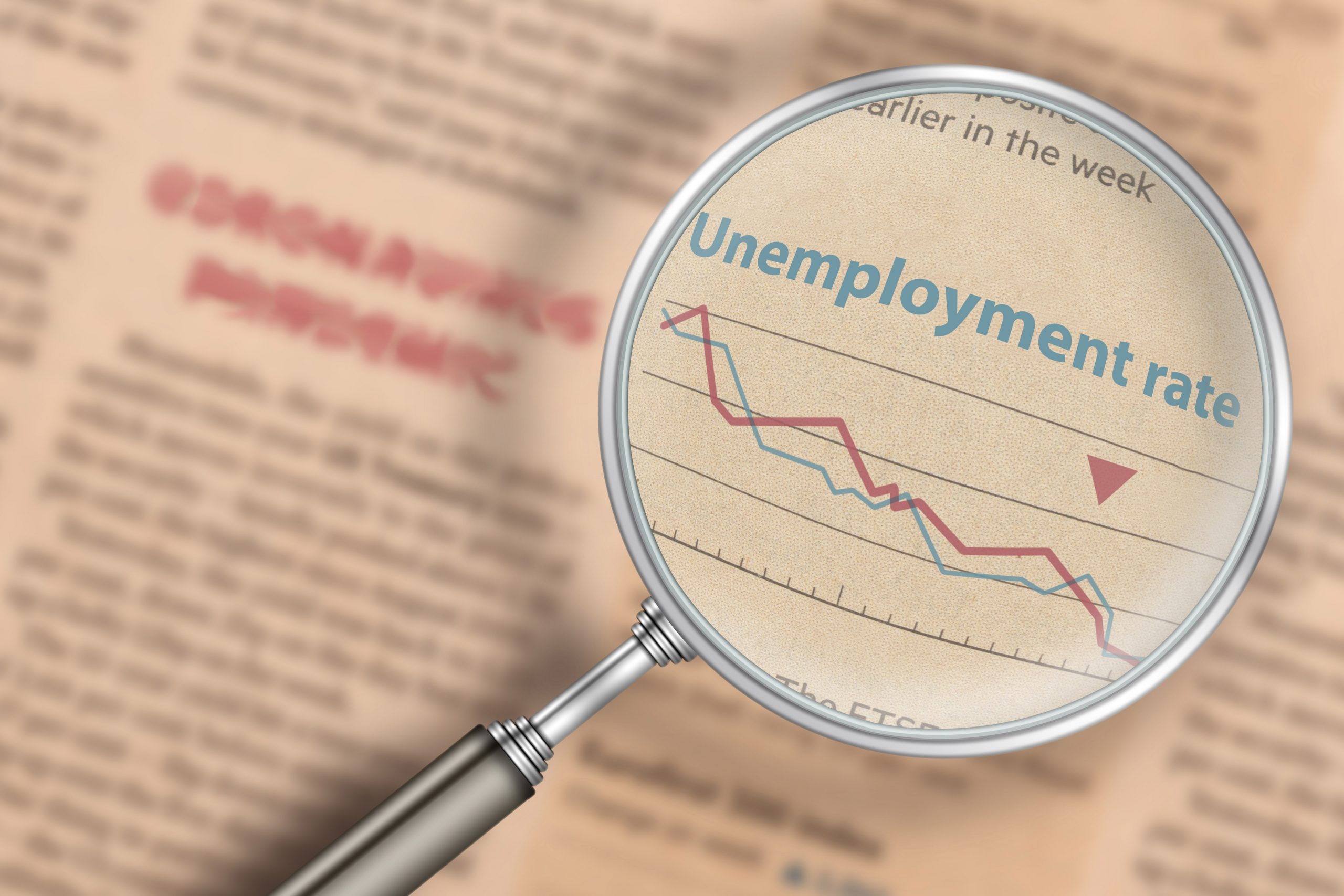 A lot of economic numbers are flying around these days. And few – if any – seem to be where we want them.

Take consumer sentiment, for example. No sooner did I tell you that it had dropped to its lowest level in more than a decade than we learned it dropped again. The preliminary reading of June’s Michigan consumer sentiment index is 50.2.[1]

How bad is that number? Try this: The index now is at “its lowest recorded value,” according to survey director Joanne Hsu.

That’s right. The outlook of consumers, as measured by the Michigan consumer sentiment index, has never been worse.

But that’s just one bad number. There are many others, including a bunch associated with inflation.

Is anything good right now?

That might sound crazy. But if they’re right, it means the unemployment number – what is perhaps the lone shining star among key economic indicators – really is just a mirage. And if that’s the case, it’s better for both consumers and savers to learn it now so they can more accurately assess the condition of the economic landscape.

I’m going to break down this supposed “true” unemployment number shortly. But before I do, it might be helpful to take a look at how unemployment is – and isn’t – calculated by the government.

The Headline U-3 Unemployment Rate May Be “Official.” But Is It Accurate?

Use of the U-3 unemployment rate as the nation’s “official” measure of unemployment has always been somewhat controversial among economists and other analysts.[4] The reason has to do with the relatively narrow scope of the criteria.

U-3 unemployment measures members of the civilian labor force aged 16 and over who don’t have a job, are available for work, and have been looking for work sometime during the previous four weeks.

That seems reasonable. So what’s the problem?

There are two possible problems, in my opinion. One has to do with a population group seen as “employed” by the government but who some experts say really are unemployed.[5] They’re referred to as the underemployed.

The other problem is two key subsets of jobless Americans who want to work but are not even counted as being a part of the labor force: marginally attached workers and discouraged workers.

First, let’s talk about the underemployed. These are individuals who have part-time jobs but would prefer to be working full time. The Bureau of Labor Statistics’ official U-3 unemployment rate counts them as being employed. And they do technically have jobs, of course. But the median weekly earnings in 2021 of part-time workers in the U.S. – both wage and salary – was $317.[6] That comes out to roughly $16,500 per year, which is below the federal poverty guideline for a two-person household.[7]

So even within the context of the government’s official unemployment rate, it could be argued that this group counted as employed actually is closer to being unemployed.

Here’s another issue with the official unemployment rate: Although the unemployment rate is defined as the percentage of the civilian labor force that doesn’t have a job, that definition excludes two key population groups whose members want to be working.

A close cousin of the marginally attached is the group called discouraged workers. Discouraged workers are those who also would prefer to be working and have looked for work in the preceding 12 months. But they specifically say that the inability to find suitable employment is the reason they haven’t been actively looking for work in the last month.

Both marginally attached and discouraged workers want to work but have – for any of a variety of reasons – stopped looking for work altogether in the last four-week period. And because they haven’t been actively looking for work for four weeks, they’re not considered part of the labor force measured by the official unemployment rate.

Some experts say the unqualified inclusion of underemployed workers among the “employed,” along with the exclusion of marginally attached and discouraged workers from the labor force, results in misleading official unemployment numbers. Among those experts is the Ludwig Institute for Shared Economic Prosperity, which says the nation’s “true rate of unemployment” is right now much higher than the headline U-3 rate of 3.6%.

Analyst: Low-Wage Workers Should Be Considered Among the Unemployed

The Ludwig Institute for Shared Economic Prosperity – founded by former U.S. Comptroller of the Currency Gene Ludwig – is an economic think tank devoted “to improving the economic well-being of middle- and lower-income Americans through research and education.” And one of the ways it seeks to do that is through the development of what it considers more accurate ways to measure key economic data such as unemployment.[8]

According to the institute’s analyses, accounting for what it calls the “functionally unemployed” means the “true rate of unemployment” for May was a whopping 23%. That’s more than six times greater than the Bureau of Labor Statistics’ official 3.6% unemployment rate.

Speaking recently to Politico, institute founder Gene Ludwig said, “We think it misleads the American people to say, ‘Oh, we’ve got 3.6 percent of America that is unemployed, ergo, a huge percent of the population is employed,’ when in fact they can’t make above a poverty wage.”[9]

The institute also devised another measure of unemployment it calls the “True Rate of Unemployment Out of the Population.” This metric is designed to give what might be considered the most revealing indication of the American labor market’s overall strength. It measures the “functionally unemployed” as a percentage of the entire American working-age population (16 years and older) and not just as a percentage of the civilian labor force as defined by the Bureau of Labor Statistics.

And what does the institute say the current “True Rate of Unemployment Out of the Population” is? 52%.

To be clear, the Bureau of Labor Statistics does calculate an unemployment rate separate from the U-3 rate. It accounts for the marginally attached, discouraged and underemployed. It is known officially as the U-6 unemployment rate and has been referred to as the “real” unemployment rate.[10] But, whereas the institute’s “True Rate of Unemployment” also considers people earning less than $20,000 per year in its measure of functionally unemployed, the BLS’s relatively more-inclusive rate (more inclusive than the U-3 rate) does not go that far.

For reference, the current U-6 unemployment rate is 7.1%.[11] That still is far below what the Ludwig Institute for Shared Prosperity says is the nation’s true unemployment rate. But it is nearly twice the “official” headline rate. That’s something to think about.

There are those who might be inclined to discount the institute’s proprietary metrics. Some might believe that those who make less than $20,000 per year are really “out of work” and they shouldn’t be included in the “unemployed.”

Institute founder Gene Ludwig certainly would disagree. Ludwig told the Guardian last year “it is essential to consider wages when we examine true unemployment because of what wages say about the ability of the economy to provide a decent living for its people.”[12]

“Numbers as high as we’re seeing ought to be deeply disturbing to any leader in the country, because it means we’re not, right now, a country that’s able to do this,” Ludwig said. “We’re not providing a decent life for our people.”

I believe the real benefit of metrics such as those devised by the institute is that they allow us to view official government measures about the economy more clearly, so we can properly evaluate the underlying economic strength of the nation.

Even the Bureau of Labor Statistics calculates an alternative monthly unemployment rate that includes the marginally attached, discouraged and underemployed. If these population groups are irrelevant to gaining an honest, accurate assessment of the labor market’s strength, why does the BLS consider them at all?

Understanding all this is important to maintaining our personal financial health. It’s a lot like keeping on top of physical health. We hear all the time how important it is to be proactive about maintaining good habits, eating right, exercising – and, when appropriate, even challenging what health professionals are telling us.

In the same way, I believe we should be proactive about looking beneath the surface of important, government-generated economic measures so we can know just what the economic outlook really is.

So, yes, there’s no shortage of troubling economic numbers right now and it’s hard to hear. But it’s good to know. And if there’s more than meets the eye to any of the few positive metrics being thrown about, it’s good to know that, as well.

[12] Kamal, “What the US unemployment rate doesn’t tell you.”