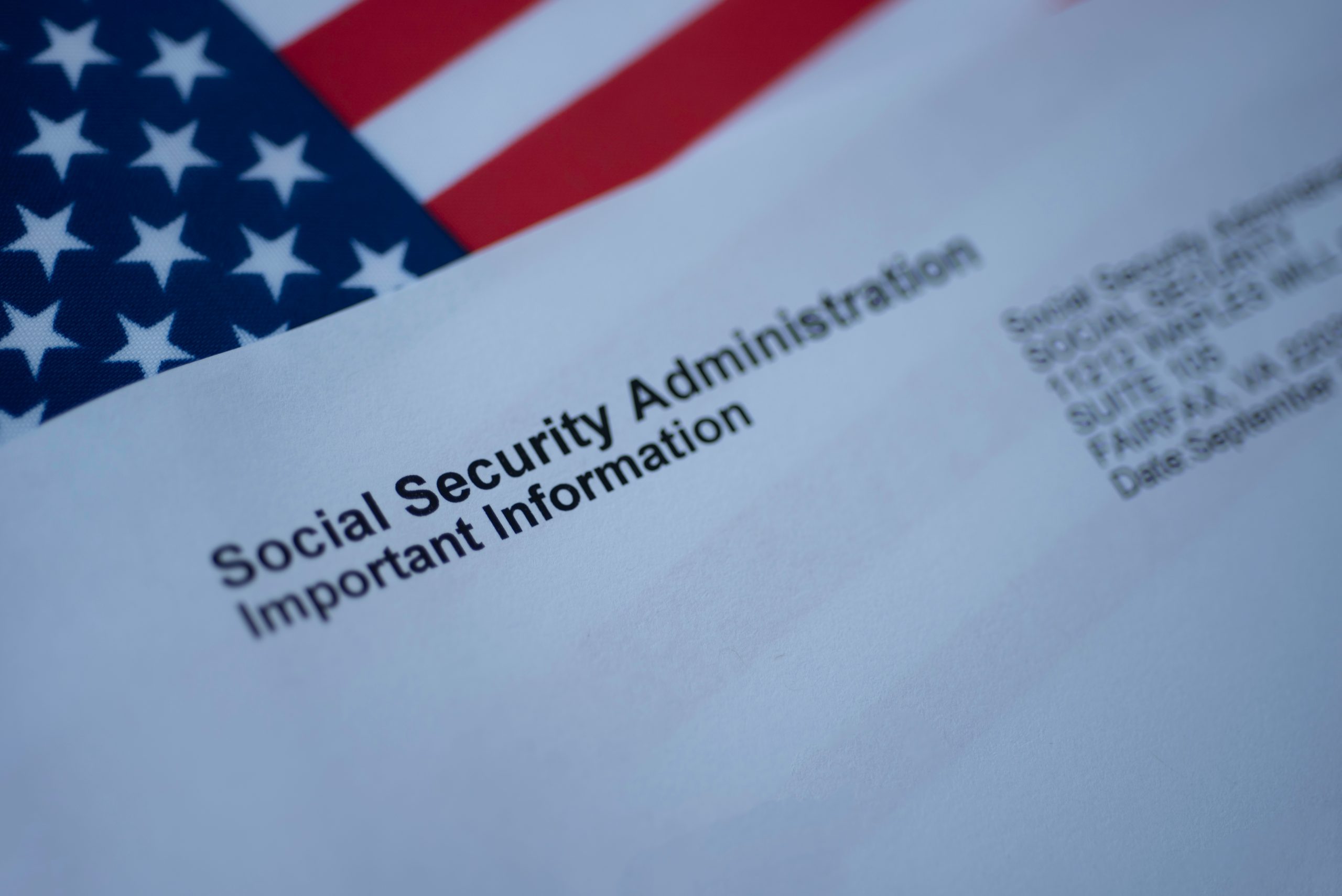 Is inflation finally beginning to subside?

It appears that could be the case – at first glance. You may recall the consumer price index (CPI) for March came in especially high and hot: 8.5%. As I’ve pointed out before, the year-over-year increase in consumer prices hadn’t seen that big a jump since December 1981.[1]

So when April’s 8.3% CPI was announced last week, it made sense we’d see suggestions that inflation could finally be heading for the exits. Even one CNBC article written in the wake of the most recent CPI announcement began, “At last, consumers are starting to see some relief.”[2]

At 8.3%, the headline inflation number is still at a 40-year high. Then there’s the trend in core inflation, which is the inflation rate minus volatile food and gas prices.

From February to March, core inflation increased by only 0.3%. That raised the possibility inflation was slowing. But from March to April, core inflation regained momentum, rising 0.6%. A bad sign, noted experts.

So while a first glance at the latest inflation figure may indicate improvement, a second look at the numbers raises the possibility it actually could be getting worse. And as bad as that news is for all Americans, it may be especially troubling for seniors.

Inflation can be especially challenging for older Americans, who often are either retired or working much less than they once did. But data released last week by a senior citizens advocacy group highlights just how vulnerable retirees can be to inflation’s effects (details below). It turns out that Social Security has suffered significant erosion in purchasing power over the last two decades.

And this revelation comes on the heels of another report that illustrates the substantial increase in retirement health care costs seniors face as a consequence of just short-term high inflation.

Once again, in the reports, we’re looking at information that underscores older citizens’ vulnerability to the effects of inflation – as well as how important it is that those older citizens implement measures designed to mitigate inflation’s potential damage.

Later in this article, I will discuss an asset that could serve as one potentially useful component of a senior’s inflation-fighting strategy. But before I do, let’s discuss the numbers I just referred to in greater detail. There’s a fair bit to break down here and I want to be sure you understand what’s going on – as well as what’s at stake.

The Senior Citizens League (TSCL) is an advocacy group for – surprise – senior citizens. TSCL had some bad news for its constituency last week at the same time the Bureau of Labor Statistics informed us that high inflation was still high. According to research by the organization, inflation has eroded the purchasing power of Social Security by 40% since 2000.[4]

Readers might be wondering how that’s possible. After all, Social Security recipients benefit from regular cost of living adjustments (COLAs). Surely those have offset the impact of inflation through the years – right?

Wrong. A Fox Business article on TSCL’s revelation informs us that while COLAs have increased Social Security benefits by 64% since 2000, standard senior expenses have increased by a lot more: 130% through March 2022.[5]

Mary Johnson, a policy analyst at TSCL explains: “That’s the deepest loss in buying power since the beginning of this study in 2010.”

For Social Security recipients to enjoy the same purchasing power they had 22 years ago, TSCL says the monthly benefit would have to be increased by roughly $540.

“Retirees know all too well that Social Security benefits don’t buy as much today as when they first retired,” Johnson said.

And as bad as this news is, the outlook for American seniors’ financial stability could be even worse if you factor in the acute, high inflation we’ve been experiencing over the past several months. A report issued recently by HealthView Services, a company that provides retirement healthcare cost data to the financial services industry, reveals that even short periods of high inflation can significantly increase what seniors will spend on health care in retirement.

Healthcare-Cost Implications of Short-Term High Inflation Can Be Profound

According to the report, healthcare inflation historically has risen at the rate of between 1½ to 2 times the consumer price index. At the time the analysis was being done (February 2022), CPI was 7.9% (current CPI is 8.3%). Those who assembled the report assumed for the sake of the study that CPI would persist for a period of two years at 7.9%. So they looked at the impact on the total lifetime healthcare costs of seniors who experience healthcare inflation at a projected lower-end rate of 11.85% (1½ times CPI of 7.9%) for a period of two years.[6]

There are, of course, seemingly countless components to healthcare costs, all of which are affected by the intensified healthcare inflation rate. There was much applause in response to the outsized 5.9% Social Security COLA for 2022, but no sooner did we hear about that than we learned Medicare premiums were increasing by 15%.[7] And Medicare premiums represent just one small part of the total healthcare costs seniors face.

“Even when adjusted for higher Social Security COLAs, the portion of retirement budgets required to cover healthcare will be significantly higher than most expect: A 45-year-old couple will need to invest an additional $27,000 today just to cover the increase in future expenses resulting from higher inflation,” said Ron Mastrogiovanni, founder & CEO of HealthView Services. “Unlike other consumer goods and services, such as gasoline, healthcare costs historically do not increase and decrease – they only go up.”[8]

It seems that seniors have – and will have – their hands full dealing with both the current and projected effects of the inflation we’re experiencing right now. According to The Senior Citizens League, half of America’s seniors have spent down their emergency savings. Nearly half have either applied for food stamps or visited a food pantry. Forty-four percent have incurred credit card debt to afford the essentials that inflation is making unaffordable.[9] And as I wrote in a previous article, some seniors also are exiting retirement altogether and going back to work.

Savvy retirees and retirement savers are looking for ways to help mitigate the impact of inflation on their nest eggs. Precious metals have long been seen as a viable asset choice during periods of inflation. But one of the challenges of adding metals such as gold and silver to one’s holdings has been the lack of objective, actionable information on these so-called alternative assets.

Fortunately, there now are companies that make it their business to bring that kind of information to the public square. And the best one of those – if I do say so myself – is Augusta Precious Metals.

Do You Currently Have the Best Information Available on Gold and Silver?

Yes, Augusta sells gold and silver products and services. But much more important to Augusta than making sales is making sure Americans have relevant information to help them gain some peace of mind about retirement.

That’s why when you call Augusta at 800-700-1008, you’ll speak to a customer success agent who will take as much time as necessary to chat with you and answer all of your questions about gold, silver and precious metals IRAs. And you don’t have to be worried that you’ll be greeted with some gimmick-laden high-pressure sales pitch when you call. In fact, Augusta agents can help you identify and avoid gimmicks and high-pressure tactics some other gold IRA companies use to try to get you to buy. You might even be pleasantly surprised at just how relaxed and enjoyable the whole experience is.

You’ll receive a free guide on metals and gold IRAs. And you also will hear about our free one-on-one web conference that discusses the economy and precious metals’ potential role in helping to mitigate the challenges that the economy can present to retirement savers. It’s a special presentation – one that we at Augusta are exceptionally proud of. It was designed by our director of education, who happens to be the company’s on-staff, Harvard-trained economist.

The phone call comes with no obligation. The guide is free. And the web conference is free. We do a lot of things for free. That’s because we want you to have this information. If you eventually become an Augusta customer, great. But if not, you’ll have useful information about precious metals that can serve you well regardless of where your own path takes you.

The evidence suggests retirees and retirement savers could have their own set of inflation-related concerns aside from those troubling all Americans. Special concerns may require special remedies. If you see gold and silver as one of those remedies for you and you’d like to learn more about them, give us a call today. As always, we look forward to hearing from you.