Silver Precious Metals, 2023: Will It Leave Gold Behind? 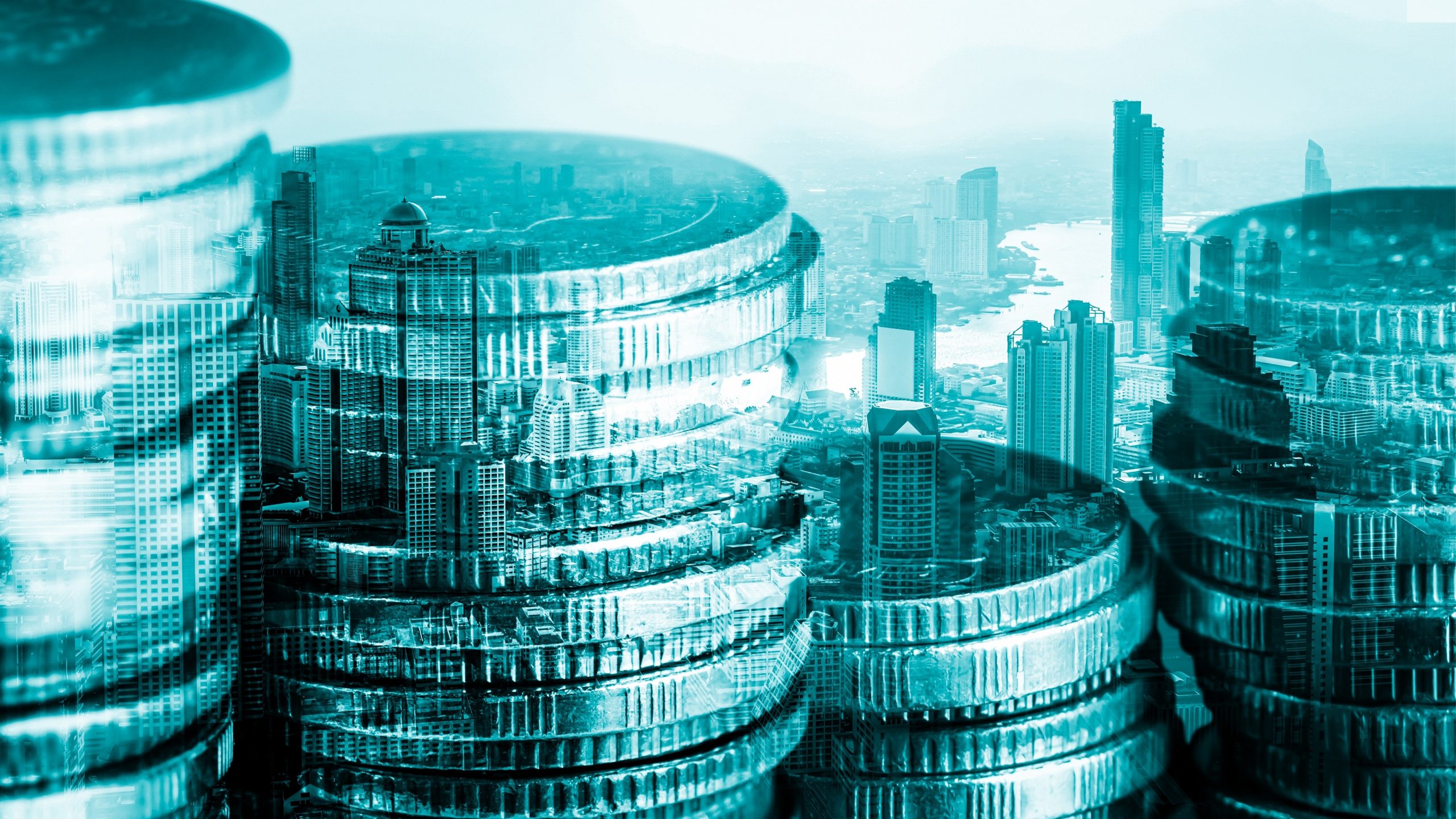 When you say “precious metals” to someone, chances are excellent they’ll think of gold before silver. That can include retirement savers who are considering metals as a way to help minimize the impact of economic uncertainty on their accounts.

However, retirement savers who look past silver in favor of gold when the precious metals bull starts to run could be doing themselves a disservice. Not only are there sound fundamental reasons why silver can outperform gold during metals-favorable climates, but there have been several notable periods during which silver has done just that.

For example, during a pandemic-riddled 2020 – which saw lockdowns galore, a U.S. recession and the nation’s highest unemployment rate since the Great Depression – gold climbed roughly 25% while silver jumped nearly twice that figure. During the financial crisis, from fall 2008 through spring 2011, silver climbed roughly 300% while gold appreciated a little more than 100%. And although gold soared a stunning 1,500% during the 1970s – the decade now known as the “Great Inflation” – silver did even better, climbing more than 2,000%.[1]

This brings us to 2023. The growing likelihood that the Federal Reserve will pause rate hikes within a few months while inflation persists could create an especially ideal environment for metals. Anticipating that eventuality, both gold and silver have been on the move lately. Again, gold has been getting most of the attention, as it typically does. But there’s a groundswell of analyst interest in silver – with some of those analysts saying we should expect the same kind of leveraged outperformance over gold by silver that we’ve seen in previous precious metals bull markets.

This week, we’re going to focus more on silver than we have in some time. I’m going to talk about the current outlook for the metal as both gold and silver continue to gather steam. Perhaps even more important, I’m going to explain just why it is that silver – which tends to be viewed as a precious-metals afterthought – has developed a record of solidly outperforming gold during metals upcycles, so that you can better understand why analysts say it might happen again.

Analysts at some of the world’s biggest investment banks are among those looking for gold to do big things in 2023 as the Fed moves closer to adopting an easy-money bias. For example, strategists at HSBC recently projected that “a weaker U.S. dollar will likely lend strong support to gold prices over 2023.”[2]

Similarly, Bank of America analysts expect the weaker dollar and declining yields anticipated this year “will become macro tailwinds for the yellow metal, pushing gold above $2,000/oz. in the coming months.”[3]

Saxo Bank’s Ole Hansen is one who’s forecasting a big upward move in gold this year. Hansen cites multiple bases for his optimism, including the now-heavily-predicted interest-rate pause and subsequent pivot. He sees a decidedly pro-gold environment this year exerting tremendous upward pressure on prices.

But as upbeat as these gold projections are, a number of analysts are even more enthusiastic about the potential offered by silver. And their enthusiasm is due in large part to silver’s historical record of frequently outperforming gold during precious metals bull markets.

Toward the beginning of this article, I cited 2020 – the “year of the lockdowns” – as one clear example of this outperformance. And in an interview last month with CNBC, WisdomTree’s Mobeen Tahir referred to silver’s strong performance versus gold that year in conveying his own excitement about silver’s prospects.

“Every gold rally has a silver lining,” Tahir said. “Whenever gold shines, silver outshines it. We saw it in 2020.”[5]

Tahir clarified that while his firm has a “constructive, long-term view on silver” because of the metal’s importance to the nascent green energy push, he’s particularly optimistic about silver’s shorter-term outlook due to what he says is the metal’s “leveraged relationship with gold.”[6]

Along the same lines, Wells Fargo’s head of real asset strategy, John LaForge, recently told Kitco News that he sees both gold and silver doing well this year, but that he’s “more positive on silver” because “it’s the high-beta play.”[7]

It’s time now for a little “inside baseball.” When Mobeen Tahir refers to silver’s “leveraged relationship with gold” and John LaForge calls a move into silver “the high-beta play,” the two strategists are making reference to what I previously have called silver’s capacity to “slingshot” ahead of gold during metals runs. In recent pieces, I’ve touched on this capacity without fully explaining it. But in order for you to fully appreciate why silver has responded this way in the past as well as why analysts are saying the metal could respond similarly this year, it’s necessary to have a clear understanding of the relevant drivers.

Let’s talk about those now.

The fundamental reason silver may have had a tendency to spring ahead of gold during pro-metals cycles is its higher volatility relative to gold. So, what is it about silver that makes it more volatile – and thus more prone to dynamic price action?

Smaller markets are inherently more volatile because less buying and selling activity is required to affect prices. In the case of silver, this means that when conditions for metals turn optimal, silver may respond more dynamically on the strength of less buying activity. So, when that buying activity rises significantly, silver’s price may jump in an outsized fashion – what Mobeen Tahir describes as a “leveraged” reaction.

Another feature of the silver market that can cause the metal’s price to move more dynamically relative to gold is its lower liquidity.[9] Less liquidity is a feature of smaller markets in general, and silver is no different. In practical terms, lower-liquidity markets and assets are subject to fewer transactions, which means when more transactions occur it can intensify price movements.

“Gold investors jump the gun on buying gold at the first whiff of economic or financial market troubles,” notes CPM, while “silver investors as a group appear to be more circumspect and hold their fire for a while longer.”[10]

CPM also says silver tends to get a later push in metals bull markets from “generalist investors” whose initial focus is on gold.

“Generalist investors typically divert their attention toward silver only when gold starts to rise strongly,” CPM says. “This delayed attention from generalists also tends to contribute to the lag in silver price performance relative to gold.”[11]

So, of those who expect silver to again demonstrate a great deal of upward momentum this year, are there any projections about just how high they think it will go?

Indeed, there are. Let’s briefly chat about a few of those.

Analyst Avi Gilburt: Look for Silver Precious Metals to More Than Double Within “a Few Years”

It remains to be seen, of course, whether we encounter another example of silver outperformance this time around. In fact, it’s too early to know if the robust metals activity that has kicked off 2023 will continue at all.

That said, we continue to receive strong economic signals that suggest inflation is retreating – and a metals-friendly interest rate pause-to-pivot may be coming. Just this week, we learned the producer price index dropped 0.5% in December, which is a good deal more than projected.[12] And as expectations of a dovish Fed grow, projections of higher silver prices are becoming more plentiful.

Even before the current surge in metals prices began, delegates to the prestigious annual London Bullion Market Association’s Global Precious Metals Conference last fall forecast a rise in silver to $28.30 this year.[13] That would represent a roughly 20% increase from present levels.

“Regular” savers are even more optimistic about silver’s 2023 price outlook. In a recent Kitco News survey of retail investors, respondents said they think silver will rise to $38 per ounce in 2023. If that happens, it would be an improvement over present levels by nearly 60%.[14]

Looking out a little further than 2023, popular independent analyst Avi Gilburt recently said he’s looking for silver to reach $50 per ounce within “a few years.”[15]

These are optimistic projections, to be sure. I share them not to suggest any one of them should be taken to heart as specific predictions, but to further underscore the enthusiasm that surrounds silver’s near-term prospects at the moment.

Should conditions for precious metals overall improve from here, we can expect that enthusiasm to continue to grow. And if it does, it’s reasonable to consider the possibility that silver will significantly outshine gold this upcycle just as it did in 2020, during the financial crisis and even during the tumultuous 1970s.