Recession: Are We in One – or Not? And Does It Matter? 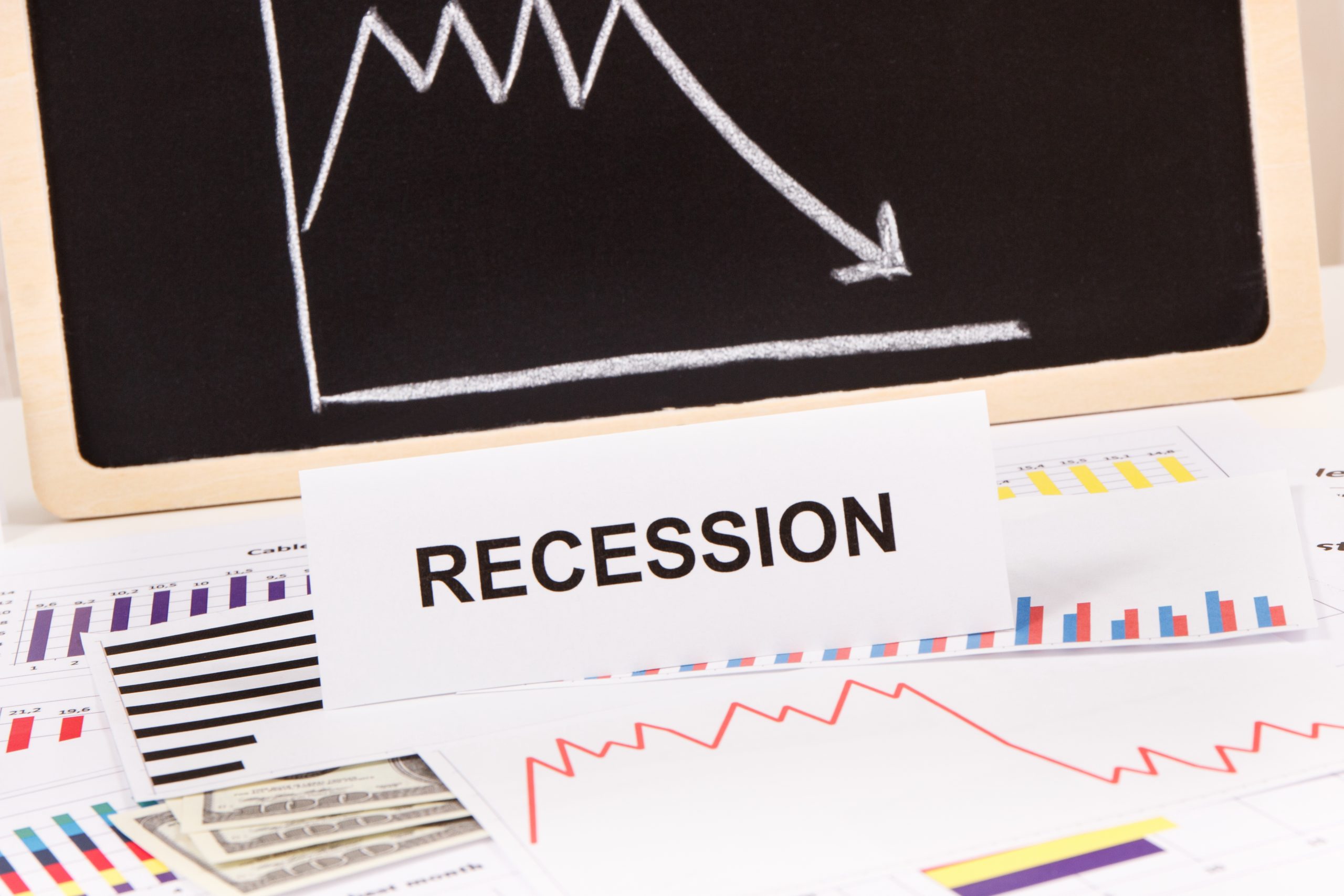 You surely have heard the big news by now: We’re in a recession.

Last week, the Bureau of Economic Analysis announced that real GDP – gross domestic product – decreased at annual rate of 0.9% in the second quarter.[1] It was the second consecutive quarter of negative output. And with that declaration, a longstanding “rule of thumb” standard of recession had been met.

To be sure, not everyone agrees we’re in a recession. There have been strong objections to the idea we’re in a recession from the White House, in particular.[2] But that partly is because we know the responsibility for economic downturns is placed squarely on whatever the current presidential administration happens to be at the time. So it makes sense the White House would be quick to go on the defensive at the GDP announcement.

There’s another reason for the lack of agreement over whether we’re in a recession at the moment. It’s because two competing definitions of recession have evolved over the last century. While one of those definitions says we are in a recession presently, the jury is out on the other. And it likely will remain out for a long time to come.

The “official” determination of recession is made by the National Bureau of Economic Research, which defines a recession as “a significant decline in economic activity that is spread across the economy and that lasts more than a few months.”

The NBER looks not only at quarterly output but a great deal more. And it should be noted the NBER takes its time making their evaluation. If it turns out we are struggling with an NBER-level recession right now, there’s an excellent chance we’ll be back out of it before the NBER confirms we ever were in it.

We’re going to go further clarify the difference between the two prevailing definitions of recession. It will be at least a little educational, which is never a bad thing. But the real reason we’re going to do it is to help you understand why whether we are in a recession doesn’t make a bit of difference.

The White House is hanging its hat on the idea we’re not in a recession largely because the NBER has yet to say we are. But as I mentioned, the NBER likely won’t decide one way or another for at least several months. So the Biden administration may be giving itself a pass it doesn’t really deserve, although that remains to be seen.

As I alluded to earlier, the determination of a recession by the NBER is a long, thoughtful process. That process entails the careful evaluation of a wide variety of economic data published monthly by federal statistical agencies. This data includes measures of real personal income less transfers, employment, consumer spending and industrial production.[3]

It sounds comprehensive – and it is. That said, the NBER also makes sure to say the following in its description of how the organization goes about dating business cycles:

There is no fixed rule about what measures contribute information to the process or how they are weighted in our decisions.

Which, of course, further underscores the highly interpretive nature of the NBER’s recession-determining process.

But people, by nature, want to know things sooner rather than later. And they want the methods by which those things are determined to be simple.

Enter Julius Shiskin to help – and help muddy the waters just a bit, too.

Julius Shiskin was an economist who worked at the NBER and later served as commissioner of the Bureau of Labor Statistics. In 1974, while Shiskin was overseeing the BLS, he wrote a piece for the New York Times in which he outlined a recession definition that, as he put it, “almost anyone can use.”[4]

And the centerpiece of that definition? “Declines in real GNP for 2 consecutive quarters,” he wrote. (Before November 1991, the Bureau of Economic Analysis used GNP – gross national product – as the primary measure of production instead of GDP.[5])

A little later in the article, Shiskin seemed to sanction broader use of this recession standard by saying that “while this definition is simplistic, it has worked quite well in the past.”[6] That was all anyone needed to hear. The consecutive-quarters-of-negative-GDP standard was off and running.

So now that you know all this, how does it help you?

It doesn’t. Or, rather, it shouldn’t.

Here’s what I’m getting at: The matter of whether we’re “officially” in recession is a formality as far as I’m concerned. The public debate about the term could well be a distraction for people who can ill-afford to be distracted at the moment. What does matter is the multitude of individual signs of distress right now throughout the economy. And it is those to which earnest consumers and savers should be paying close attention, regardless of what name is or isn’t used to designate them as a package.

Recession or Not, There’s No Shortage of Troubling Data

The most prominent sign of distress at the moment may be the consecutive quarters of negative GDP we’ve been discussing. Even those who want to dismiss that data as a recession-definer know very well it’s an awfully bad look for the U.S. economy. Negative output, however it occurs and by whatever margin it does, is terrible.

Looking closer at output issues, we see that manufacturing indexes are beginning to wave red flags. The Institute for Supply Management’s Purchasing Managers’ Index showed expansion in July, but at the slowest pace since June 2020. Readings above 50 are indicative of expansion, but the ISM PMI number is now down to just 52.8. And it’s worth noting the ISM’s index of new orders contracted in July for the second straight month.[7]

“Panelists are now expressing concern about a softening in the economy, as new order rates contracted for the second month amid developing anxiety about excess inventory in the supply chain,” said Timothy Fiore, chair of ISM’s Manufacturing Business Survey Committee.[8]

The S&P Global Flash US Composite PMI also contracted in July, doing so for the first time in two years.[9]

There still is inflation, of course. By now it’s starting to feel as though there always will be inflation. At last check, the consumer price index (CPI) was at a jaw-dropping 9.1%.[10] And a number of economists are declaring publicly that it could remain a problem for a long time to come. Steve Hanke, professor of applied economics at Johns Hopkins, says we should look for headline CPI to persist between 6% and 7% through the end of 2023.[11] Even one of the editors at CNN Business ominously projected just a few days ago that “you’re going to see inflation continue to rise for the foreseeable future. That is going to happen.”[12]

The job picture is not as cheery as it often is portrayed, either. Regular readers of this blog know I’ve spent a fair bit of time recently pushing back against the idea that there is an organically robust labor market at the foundation of our economy. For one thing, I believe the “low” unemployment rate – currently 3.5% – is deceiving given that the labor force participation rate is at its lowest point in nearly a half-century (excluding the height of the pandemic).[14]

And more recently, we now are beginning to see actual signs of labor market weakness directly reflected in the government’s statistics. For one thing, first-time unemployment claims have been trending upward and now sit near eight-month highs.[14] Earlier this week, we learned from the Bureau of Labor Statistics that job openings sank much more than anticipated in June. According to the Bureau’s Job Openings and Labor Turnover Survey – JOLTS – employment vacancies fell by 605,000 for the month, to 10.7 million. That’s a drop of 5.4% and the lowest number of job vacancies since September 2021.[15]

Some will feel compelled to defend the labor market’s strength on the basis of a July increase in nonfarm payrolls by a seemingly healthy 528,000. At first glance, that does look good. But a closer look at the employment report reveals that the number of individual workers rose by just 179,000. As economist Peter Schiff notes, that discrepancy suggests the substantial majority of new jobs was filled by those who already have jobs and decided they needed another – not exactly a sign of an organically strong economy.[16]

That’s a lot of concerning data, and there’s plenty more I could cite. What does that tell you, in the context of the recession vs. no-recession debate? It tells you that the debate makes absolutely no difference to what you should be doing.

My View: Recession vs. No-Recession Debate Is Distracting Political Theater

As for the NBER standard of recession, what good is it going to do any of us for the NBER to decide in a year that this period was recessionary if we never bothered to try to mitigate the damage suggested by all the “angry” economic data in front of us right now?

None at all. It will be too late.

In my opinion, retirement savers would do well to make sure they’re not distracted by the political theater that has arisen from the debate about whether we’re in a recession. Instead, concentrate on making the smartest decisions you can for the benefit of your own financial profile. Keep your world small. Focus on your household and what you can control. Do that, and you’ll be way ahead of the game.

Even if it turns out we are in a recession.