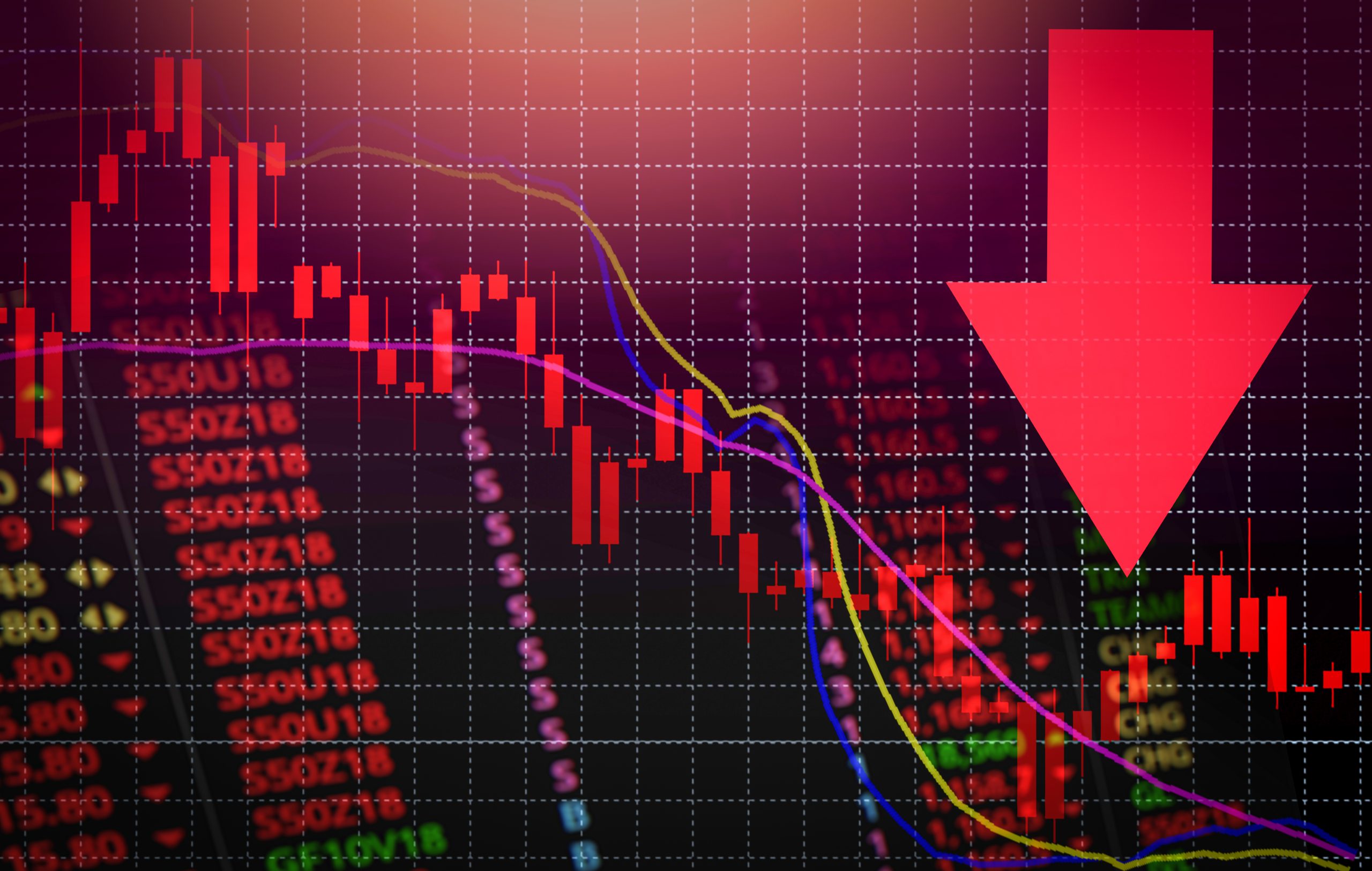 I’ve talked about this before. Whenever the Federal Reserve becomes concerned about the possibility that inflation above and beyond its favored average 2% target is brewing, the central bank begins to consider raising interest rates as a way to cool things off. And sometimes the Fed actually does raise rates, just as they did two weeks ago. Although rate-hike projections have been bouncing around in recent days and weeks, the latest consensus seems to indicate the Fed is planning six more quarter-point rate hikes this year.[1]

But rate increases often have come with a sizable cost: recession. A recent New York Times article noted that six of the last eight rate-tightening cycles have culminated in recession.[2] And according to analyst and money manager Michael Kramer, all Federal Funds rate increases that have coincided with high inflation since the early 1970s have led to recession.[3]

But here’s something that I think is worth pondering. The single rate hike earlier this month – of a relatively modest 25 basis points – has not by itself brought us significantly closer to recession. And still talk of recession is becoming more prominent. So why is there so much recession chatter right now?

It’s because there are signs economic activity not only could be on the verge of declining but has already started to drop. As professional observers are noting – and data is suggesting – inflation by itself has the potential to put a damper on economic output even before interest rate increases begin putting pressure on household debt balances.

It’s yet another economic curve ball being thrown at retirement savers who are trying their best to keep from striking out in the pursuit of financial independence.

Retirement savers interested in finding a way to hedge their financial resources against both high inflation and recession fallout have turned to precious metals. And I’ll talk more about gold and silver later on. But for now, let’s spend some time investigating just why recession red flags are going up even though the first rate hike in more than three years is barely two weeks old.

You likely know that meaningful inflation has moved steadily higher over the past year. The year-over-year consumer price index (CPI) is presently 7.9%, which represents the fastest rate at which CPI has grown in the last 40 years.

But is inflation merely an annoyance for most Americans? Or is it now reaching the point where consumers are about to restrain their spending practices to such a degree that inflation by itself – without the interest rate increases – could be the catalyst of another U.S. recession?

That’s the alarm being sounded by Lisa Abramowicz, co-host of Bloomberg TV’s “Bloomberg Surveillance.” In a recent article written for Bloomberg, Abramowicz suggests “signs are emerging that the resilience of American consumers is rapidly waning” in the face of prices that seem to relentlessly move higher.[4]

In her piece, Abramowicz shares data illustrating how much prices of essential goods have been surging over the past year. She cites a March 23 research note by economist Joseph Lavorgna in which he says that energy prices overall have jumped 26% in the past year and food prices have risen 8% over the same period. Lavorgna also points out in his note that expenses related to food and energy represent more than 20% of U.S. household budgets, which implies an outsized impact to family financial resources.

Abramowicz notes the cost of shelter is soaring, as well. She cites Standard Chartered Bank strategist Steven Englander’s computation that housing affordability is at its lowest level since 2007. According to Englander, housing costs were 15% higher in March than they were in December.

But if you’re one who thinks Americans simply are going to pay more for everything without changing their spending habits, you may want to pay close attention to what Abramowicz has to say next. She relates that retail sales as measured in dollar amount have managed to hold their own throughout all of this inflation. But looking deeper, Abramowicz finds that the dollar measure may be deceiving.

Specifically, Abramowicz says that an evaluation of general merchandise goods (clothes, toys, sporting goods, etc.) sales data by NPD Group reveals unit sales of these products fell in nine out of ten weeks from the end of December 2021 through early March. If you’re wondering why dollar amounts aren’t declining with unit sales, Abramowicz has the answer that will seem obvious as soon as you read it: inflation.

On a related – and revealing – note, Bloomberg Economics recently said the average U.S. household will have to spend 5,200 dollars more this year in order to afford the same basket of goods they bought last year.[5] This is, after all, no moderate inflation problem we’re facing right now.

That hardly counts as an incidental cost increase for Americans. That’s a significant sum. And so it is not difficult to imagine a good portion of U.S. households are at least giving some thought to offsetting that higher cost by spending less where they can.

Abramowicz also highlights another sign that spending could be about to tank: The personal savings rate among Americans as a whole now has dropped to the levels it was at before the pandemic.

To be clear, it’s not unusual to hear experts say that declining savings rates are a good sign for the economy.[6] The reasoning is that money not being saved is being spent and therefore driving the nation’s economic engine.

But what’s going on this time around is different according to observers, including Abramowicz. Yes, the money that’s been tucked away in savings is being spent. However, they say consumers are not spending down their savings because they’re so excited and confident about what they perceive as a strong economy, but because they need the money to make ends meet amid rising prices.

A December 2021 article in The Balance flatly noted that “soaring inflation” has played a big part in the declining savings rate.[7] In January, Wells Fargo senior economist Sarah House told ABC news that the “financial cushion” Americans were able to build up during the pandemic now “is getting whittled away more quickly,” adding that “given these elevated rates of inflation, that savings isn’t stretching as far.”[8]

And there are still other signs that Americans are growing more pessimistic about their financial circumstances. For example, the Michigan Consumer Sentiment Index finished March at an anemic 59.4. That’s the lowest reading of the index in a decade – and 30% below its 84.9 measure registered just a year ago.[9]

Beyond the numbers, it is the insight into the data provided by University of Michigan Surveys of Consumers chief economist Richard Curtin I find especially telling:

When asked to explain changes in their finances in their own words, more consumers mentioned reduced living standards due to rising inflation than any other time except during the two worst recessions in the past fifty years: from March 1979 to April 1981, and from May to October 2008 [emphasis added].[10]

Let me be clear: We are not in a recession at this time. But neither are we absent any signs that an economic slowdown could be headed our way. In fact – based on the information and data outlined in this article alone – it appears as though potential recession signs could be growing in both number and intensity.

Are You Considering Gold and Silver to Help Hedge Your Savings Against Uncertainty?

Americans may feel they cannot win either way right now in the fight to stave off economic hardship. The effects of inflation on their buying patterns ultimately could lead to recession. But so could the impact of the Federal Reserve’s policies related to fighting inflation through higher interest rates.

Does this mean recession is inevitable?

As ominous as some of the signs are, it still is too early to say that. What it is not too early to discuss are the steps retirement savers can take to help hedge their hard-earned nest eggs against the effects of chronic inflation as well as those that could arise from recession. Among those steps is the addition of physical gold and silver to one’s inventory of assets.

You might even have been thinking about precious metals lately, aware of their historically minimal correlation with markets. But there also is a good chance you’ve been hesitant to move forward because you’re afraid any place you call for information will pressure you to act.

There could be gold and silver companies doing business that way. But not Augusta Precious Metals.

When you contact Augusta at 800-700-1008, you can look forward to a pleasant – even fun – conversation with a knowledgeable customer success agent who will answer all your questions and won’t beat you over the head with high-pressure sales tactics and ridiculous claims.

You’ll receive an information-packed guide on precious metals and gold IRAs just for calling. You also will learn about our free one-on-one educational web conference, designed by Augusta’s director of education and on-staff, Harvard-trained economist. This unique presentation discusses both the often-uncertain economy and how physical gold and silver can help reduce the potentially negative impacts of that uncertainty on your retirement savings.

At last check, year-over-year inflation was at a 40-year high. Interest rates now are on the way up courtesy of Fed Chair Jerome Powell and his associates. And there are signs that consumers could be about ready to take their collective foot off the gas pedal that revs America’s economic engine. If you think this looks like an environment in which assets such as precious metals could be of some benefit, we invite you to talk it over with Augusta. Call us today.