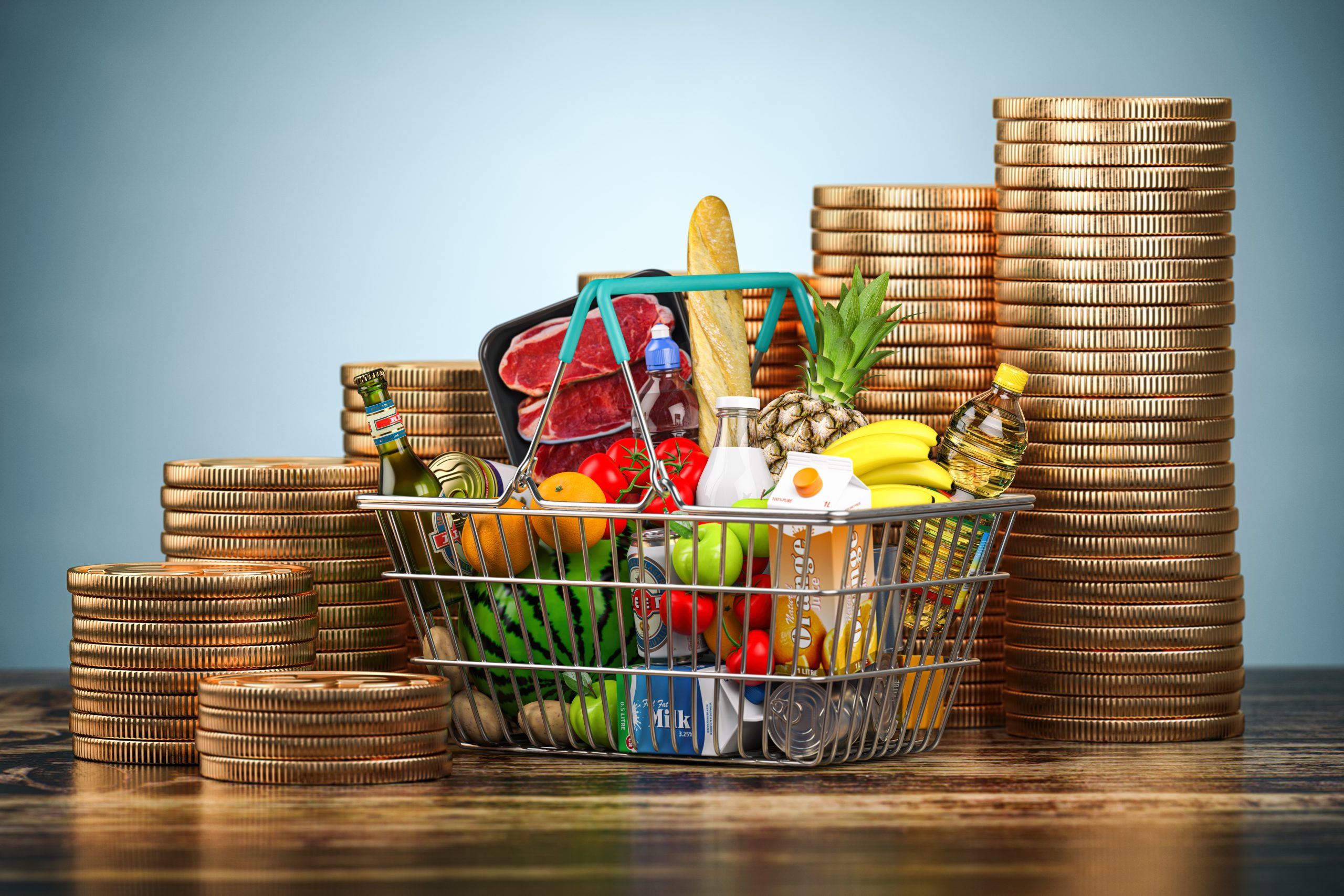 Inflation has proven itself to be a particularly stubborn adversary. Meaningful inflation first reappeared on our national economic doorstep nearly a year ago when the April 2021 consumer price index (CPI) clocked in at 4.2%. Since then, year-over-year CPI has more than doubled – it now is at 8.5%.

But experts are suggesting that inside the latest consumer price index number can be found evidence that the rate at which prices are rising is starting to slow. They say it could mean inflation is close to peaking.

If true, it’s great news. But I would caution against counting your chickens before they’re hatched (particularly at these prices). Things oftentimes are not what they seem – and that could be the case here.

I’m going to explain shortly what all of this “inflation is peaking” excitement is about. And I’m also going to talk about why those expectations not only might be misguided, but why it could be the case – as a recent Barron’s article suggested – that “inflation isn’t close to peaking.”

For consumers, including retirement savers, peak inflation would be splendid news. But as you’ll see shortly, there are reasons to believe that not only are we not there yet, but that prices could keep climbing before we do get there. And if that turns out to be the case, it will be especially important for retirement savers to remain vigilant in maintaining an inflation-defense strategy that could help them reduce the ultimate impact of soaring prices on their financial resources.

So what’s behind all of this talk about inflation peaking – particularly considering the 8.5% year-over-year consumer price index number for March represents such a significant increase over the 7.9% February CPI?

Here’s what’s going on: It seems that amid a daunting headline CPI figure, the data shows so-called “core” inflation rose less than expected in March. On a year-over-year basis, core CPI has been making big jumps recently. From December 2021 to January 2022, core CPI went from 5.5% to 6%. Then in February core CPI took another big leap to 6.4%. But March’s core CPI registered a much smaller increase, inching up to just 6.5%.[1] And on a month-to-month basis, core inflation rose 0.3% in March, which is less than the 0.5% increase that was estimated.[2]

Notably, core inflation excludes food and energy. Many economists therefore see it as a more accurate indicator of real inflation activity. That’s because excess volatility due to shorter-term events unrelated to monetary policy (such as weather disasters and geopolitical strife) often accounts for changes in food and energy prices. As a result, economists tend to see core inflation as a “cleaner,” more accurate representation of inflation. In their assessment, the deceleration of core CPI indicated in the March data suggests that actual inflation is peaking.

“The big news in the March report was that core price pressures finally appear to be moderating,” said Capital Economics senior U.S. economist Andrew Hunter, who added that he believes the March numbers will  “mark the peak” for inflation.[3]

Federal Reserve Governor Lael Brainard also expressed cautious optimism about the inflation outlook based on the core CPI data. Commenting on the latest inflation figures during an appearance at the recent Wall Street Journal Jobs Summit, Brainard described the appearance of core inflation moderation as “very welcome” and said that core inflation is the inflation metric which “most closely reflects the strength of domestic demand.”[4]

For sure, any sign of inflation moderating is “welcome.” But has inflation really peaked?

No, says Barron’s senior writer and former market analyst Lisa Beilfuss, inflation has not peaked. In a recent piece for Barron’s, Beilfuss says that right now the true inflation story is being told not by the consumer price index but rather by the often-overlooked producer price index (PPI). And as daunting as March CPI turned out to be – again, 8.5% – March PPI was considerably larger at 11.2%.[5]

Just as CPI is a measure of inflation from the consumer side of the equation, PPI is an inflation metric that looks at price trends from the standpoint of producers of goods and services. The U.S. Bureau of Labor Statistics defines the producer price index as a measure of “the average change over time in the selling prices received by domestic producers for their output.”[6]

The nature of PPI can make the data it generates particularly revealing with respect to inflation pressures. Changes among U.S. producer prices due to inflation by definition occur further up the supply chain, before those changes are reflected among consumers and the broader economy. This makes the producer price index a leading indicator – and CPI a lagging indicator. And not only can PPI “see” inflation sooner, the headline (non-core) version of the metric includes price changes at the wholesale level of food and energy.

“And the PPI details are striking,” writes Beilfuss, adding:

For wholesalers, the price of vegetables rose 82% last month from a year earlier. Grain prices increased 40% while meat and fish categories rose an average 23% compared with March 2021. Then there is energy. Home heating oil, diesel, and gasoline rose 106%, 64%, and 60%, respectively.[7]

You may be thinking, “Yes, but you just said that food and energy are stripped out of core CPI, so it makes sense that the rise in core inflation isn’t as dramatic as what’s going on with PPI.” And you’d be 100% correct. And that, according to Beilfuss, is precisely what makes CPI a deceiving inflation metric right now compared to PPI.

In other words, consumers don’t have the luxury of conveniently stripping out of their budgets the costs associated with eating, gassing up their cars and heating their homes in the same way economists can strip out those costs from an inflation index. It’s true that the inflationary effect on food and energy may be experiencing significant intensification right now because of the Ukraine conflict, which is not a function of monetary policy and therefore cannot be managed with monetary policy.[8] But that doesn’t change the reality of the financial distress that Americans are facing because of the large increases in food and energy prices.

Bill Adams, chief economist for Comerica Bank, clearly isn’t embracing the “peak inflation” outlook. “Even with durable goods inflation moderating last month, overall price increases are going to get worse before they get better,” Adams says. “Inflation will weigh on consumer sentiment and consumer spending power in 2022 and 2023, a big reason why we forecast U.S. real GDP growth to slow to 1.9% next year from 3.2% this year.”[9]

And even among those who do see peak inflation coming into view, the outlook is for prices to remain high for a while before they begin to subside.

“This is likely near or at the top of the price gains,” says Beth Ann Bovino, chief U.S. economist for S&P Global Ratings. However, she adds, “the path back to normalization will take longer.”[10]

There seems to be general agreement that inflation could remain an issue for the foreseeable future even if it doesn’t move any higher. In consideration of this possibility, it might be prudent for retirement savers to continue looking for ways to help minimize inflation’s impact on their personal financial profiles.

It hardly is a secret that precious metals have been a popular option through the years for those seeking to mitigate the effects of rising prices on their holdings. And with its low – almost nonexistent – correlation to popular mainstream assets, metals can double as a tool to help savers diversify their overall holdings.[11]

But being familiar with the “broad strokes” when it comes to gold investing is one thing. Knowing just how to proceed to actually become an owner of precious metals is another. But I might be able to help you there.

How Do You Get Gold and Silver Into Your Portfolio to Hedge Against Inflation?

If you’ve decided that now’s the time for you to gather all of the information you can about buying physical gold and silver, it could also be a good time for you to contact Augusta Precious Metals.

Calling Augusta at 800-700-1008 will put you in touch with one of our customer success agents. But you don’t need to be concerned about how that phone call is going to go. You don’t have to be worried you’re going to get slammed with some kind of “hard-sell” approach that will leave you regretting you ever called in the first place.

At Augusta, we want you to have all the information you desire about the economy and the precious metals industry. That means your conversation with us will be relaxed – even fun. Feel free to ask all the questions you want. That’s what we’re here for.

We’ll see to it that you receive a free guide on precious metals and gold IRAs when you call. And we’ll also tell you about our one-on-one educational web conference – which also is free. Designed by our on-staff, Harvard-trained economist, this presentation “drills down” into both the array of economic challenges America faces and how owning gold and silver can help retirement savers gain some peace of mind.

So how long will painfully high levels of inflation last? Could what right now is the largest increase in the year-over-year inflation rate in several decades grow even larger? A lot of smart people have differing opinions on that subject. And that sounds like a classic case of uncertainty to me. If it sounds like uncertainty to you, as well, and you think diversifying with precious metals might help your savings hedge against these economic stressors, I invite you to give Augusta a call. We look forward to hearing from you.