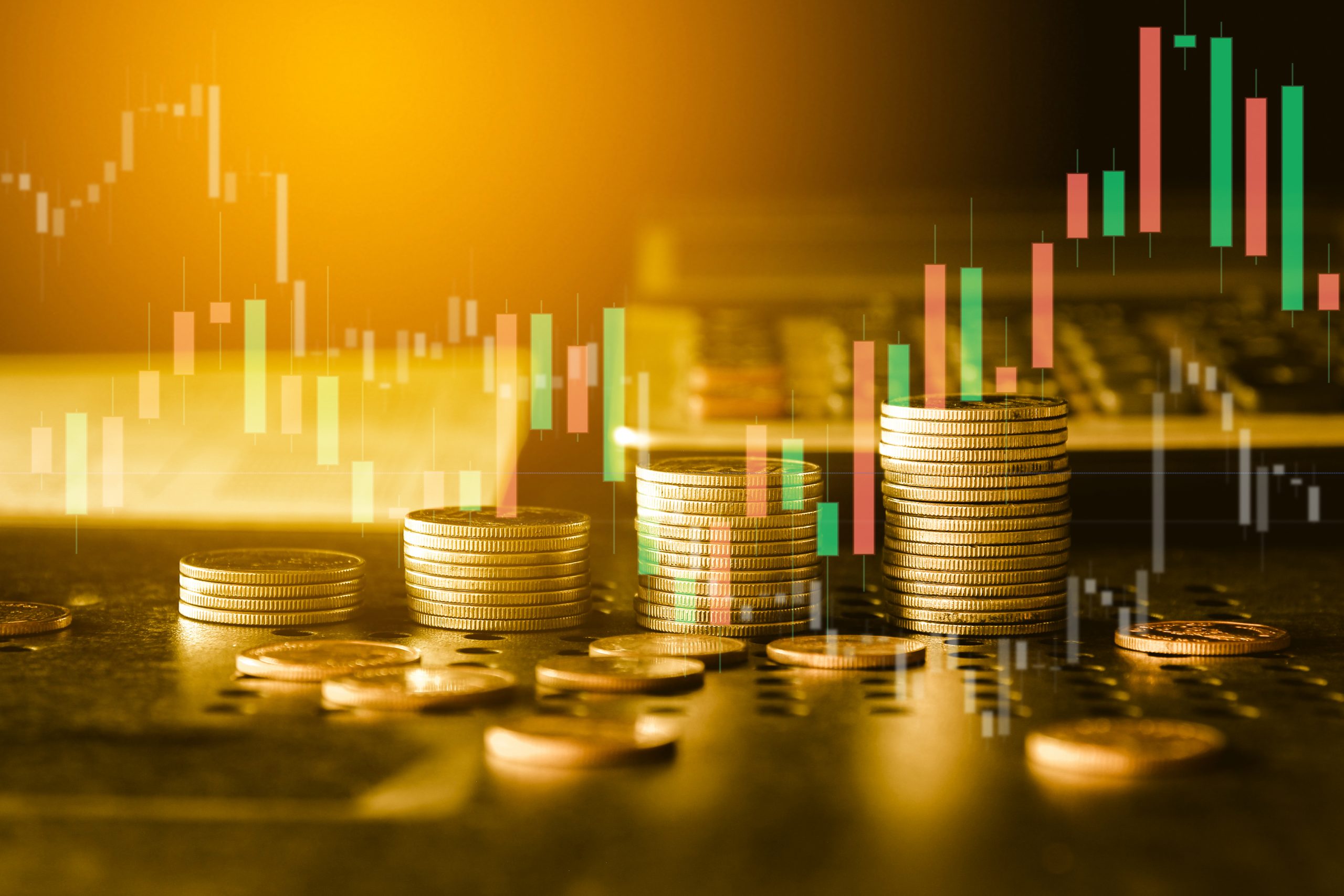 A lot of folks experienced a challenging 2021. I hope you were not one of them. But however your 2021 was, there are real reasons to believe 2022 could prove exceptionally difficult for retirement savers.

Part of the reason, of course, is inflation. Last April, observers were stunned when the Consumer Price Index (CPI) leapt to 4.2% – at that time the highest level it had reached in 13 years. But prices have done nothing but rise since. And now CPI is at a whopping 6.8% – a near-40-year high. And it’s poised to keep climbing.

But according to noted economist Nouriel Roubini, there are more reasons than just inflation to be wary of what 2022 has in store. In a recent article for Project Syndicate, Roubini details a variety of geopolitical and systemic risks that he believes could wreak havoc throughout the new year.

Roubini’s ideas – which you’ll read more about shortly – make a lot of sense to me. And they underscore the importance for investors to remain vigilant as they guide their portfolios through a foreseeable future that looks most uncertain. One key component of that vigilance likely includes taking meaningful steps to help protect their all-important retirement portfolios. And one effective way to do that is by making sure they include safe-haven assets such as physical gold and silver among their holdings.

Roubini: Persistent COVID and Inflation Worries Set the Tone for a Troubling 2022

In his Project Syndicate piece, Roubini cites both the Omicron variant and inflation as examples of why he feels 2022 is already off to a chaotic start. Of Omicron – yet another incarnation of the persistent and dangerous COVID virus – Roubini says pointedly that “resulting uncertainty and risk aversion will suppress demand and exacerbate supply-chain bottlenecks.”[1]

As for inflation, Roubini sees the very real possibility of a debt trap ensuing if central bankers try in earnest to contain inflation with higher rates – which is why he suspects significantly higher prices may be a fact of life going forward.[2]

I have discussed the prospect of a debt trap before. While the most prominent inflation-containment measure historically enacted by central banks is the raising of interest rates, the record levels of debt among governments, corporations and households make rate increases a particular challenge today. Many analysts have said publicly they don’t see how the Fed can raise rates to a meaningful degree without breaking the backs of all those lugging around enormous obligations.[3]

Moreover, we know the last time the Fed did attempt to stay with a rate-tightening regime, the central bank didn’t make it very far. A series of modest increases that began in earnest in 2017 came to a halt by the end of 2018 when it was clear the economy could not handle the modest hikes. Lisa Beilfuss of Barron’s wrote in May 2021 about the rate-increase challenges facing the Fed now in the context of that previous effort.

“Consider the fact that the Fed was unable to lift rates above 2.5% during the last tightening cycle and had cut rates in several meetings before the pandemic prompted its emergency actions early last year [2020],” Beilfuss wrote. “Since then, U.S. households, businesses, and the federal government have grown only more indebted.”[4]

Should the Federal Reserve raise rates again in an effort to contain high prices and then have to back down – again – Roubini says the result this time would be “an upward shift in inflation expectations” and a reality that would see “inflation becoming endemic.”[5]

The Omicron variant of COVID-19 and inflation, as significantly impactful as they could be in 2022, may prove to be just the tip of the iceberg according to Roubini.

The economist is particularly concerned about three top geopolitical risks he believes could go a long way to upsetting global order this year.

Topping his list of the biggest risks to geopolitical stability in 2022 is the increasing likelihood that Russia will invade Ukraine. According to an intelligence document obtained last month by the Washington Post, Russia is planning to initiate “a multi-front offensive…involving up to 175,000 troops” that could kick off some time this year.[6] Roubini notes that while President Biden is promising a U.S. response consisting of increased military aid for Ukraine and stronger sanctions against Russia, he has no intention of intervening militarily on Ukraine’s behalf.[7]

Roubini also sees conditions between the U.S. and China deteriorating in 2022, cued largely by China’s policy toward Taiwan. To his point, global analyst D.J. Peterson said recently that tension between the two countries over Taiwan represents the “top risk” to Asia this year and that the current relationship between Washington and Beijing could be characterized as “Cold War 2.”[8]

Aside from the significant consequences to global geopolitical stability that surely would arise from a sharp increase in U.S.-China tensions, Roubini says that an “accelerating decoupling” of the nations’ two economies will yield “stagflationary consequences” such as those we saw in the economically painful 1970s.[9]

The third geopolitical threat Roubini sees as prominent in 2022 comes from Iran, which Roubini notes has been furiously enriching uranium to a near-weapons-grade level. Iran’s nuclear program advances are so worrisome that Rob Malley, U.S. special envoy to Iran, suggested in a recent New Yorker article that “the U.S. could face a nuclear crisis in the first quarter of 2022.”

Gen. Kenneth F. McKenzie, Jr., USMC, who oversees U.S. Central Command, told the New Yorker that “if they (Iran) attack out of the blue, it would be a bloody war. We would be hurt very badly.”[10]

As for the economic fallout likely to materialize from a significant military crisis involving Iran, Roubini says it could be devastating. He envisions “stagflationary consequences [that] would likely be worse than the oil-related geopolitical shocks of 1973 and 1979.”[11]

My View: Gold and Silver Could Be Especially Important Assets in 2022

And even with all of that looming, there’s plenty more Roubini says could keep investors “on the edge of their seats for most of the year.” The potential systemic problems about which he’s particularly worried include:

I often refer to a study done last year by global analytics firm Greenwich Associates and the World Gold Council that suggests 40% of institutional asset managers who don’t own gold presently expect to add it to their portfolios within the next three years. And 40% of those institutional asset managers who do own gold presently expect to add more of it – also within the next three years.[12]

Those are big numbers, which is partly why I regularly refer to this study. But that’s not the only reason. I also refer to it because of just who institutional asset managers are. They’re the money managers responsible for guiding the portfolios of pension funds, banks, insurance companies, mutual funds and other financial behemoths, in which so many – including everyday workers and retirees – have an important stake.

I believe so many of Wall Street’s biggest and most impactful money managers are turning to gold in the near term because – like Roubini – they foresee exceedingly choppy economic and geopolitical waters ahead as a variety of global risks appear ripe for intensification.

But it’s a good thing you don’t have to be a Wall Street “player” to benefit from the safe-haven protection that both gold and silver can provide during periods of uncertainty. You can enjoy the very same portfolio protection of which investing’s biggest guns seek to avail themselves. You just have to know who to call to get the straight story – including the best service and pricing – on buying and owning gold and silver.

My suggestion is Augusta Precious Metals. Voted the most trusted gold IRA company in the U.S., Augusta offers the most transparent, most competitive pricing in the industry. Our company can boast of thousands of 5-star reviews across the most popular consumer ratings platforms. And how about this: Since opening its doors in 2012, Augusta has received ZERO complaints at either the Better Business Bureau or the Business Consumer Alliance. We are the only company that can make this claim.

When you call Augusta at 800-700-1008, you’ll speak to a friendly, knowledgeable customer success agent who will happily answer all your questions and tell you everything you need to know about getting started with precious metals. You’ll receive one of our free guides. And you’ll have the opportunity to learn about our free one-on-one web conference on the economy and metals, designed and led by our on-staff Harvard trained economist.

The respected economist Nouriel Roubini sees dark clouds on the horizon for 2022. Wall Street’s biggest movers and shakers are preparing to load up on precious metals. Isn’t it time for you to make a stand in the defense of your hard-earned retirement savings amid a fragile global economy and ominous geopolitical issues? Call Augusta today.