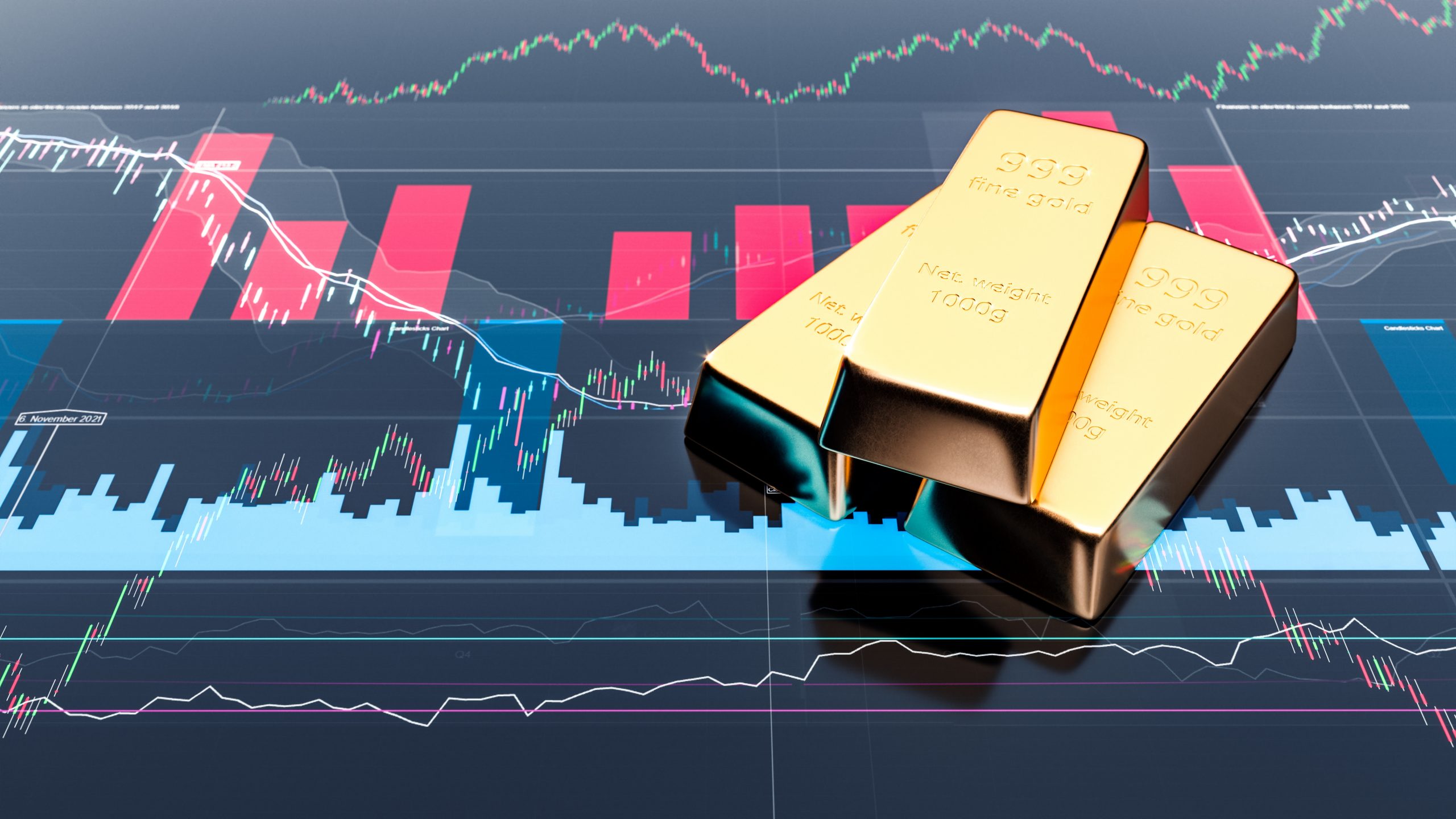 It’s now May 2022. And the inflation that first reemerged on the scene back in April 2021 remains a painful thorn in the side of Americans’ wallets.

The consumer price index (CPI) for April registered at 8.3%. That’s a slight improvement in the headline number over March’s 8.5%, but only slight. Notably, core CPI – the “underlying” CPI that excludes volatile food and energy prices – rose 6.2% year-over-year. Economists were expecting a flat 6% increase. The higher-than-anticipated spike in core CPI has quieted talk that inflation may have reached a peak.[1] Real inflation, it seems, is going to continue to be a real problem.

There are other factors and potential complications, as well. Everyone knows by now about the Russian invasion of Ukraine that continues to keep global geopolitical tensions high. Then there’s the matter of how the Federal Reserve plans to go about reining in the inflation I just spoke about. The Fed is no longer of the opinion that rising prices will return to earth of their own accord and now seems committed to doing whatever it takes to get them there. According to traditional Fed wisdom, that means interest-rate hikes, including some rather large ones, such as the 50-basis-point increase we saw last week.[2]

But even as rate increases seek to relieve one economic stressor, they often can trigger another. The last 11 times the Fed embraced a rate-tightening regime, eight of those cycles ended in recession.[3] Those really aren’t great odds for inflation-reduction efforts to end with the hoped-for “soft landing.”

Persistent high inflation, war and the possibility of recession. These are just some of the issues retirement savers must contend with right now as they seek to optimize their financial resources in pursuit of financial independence.

As for how best to optimize, that ultimately will be a personal decision. But it turns out that savers who are giving thought to hedging their nest eggs with assets that exist outside the mainstream may be in good company. That’s particularly true if they’re thinking of adding gold to their holdings.

Key measures are in, showing the degree to which gold was embraced in the first quarter of 2022. And the data – which we’ll discuss shortly – makes it clear that “regular” savers and even central bankers see the yellow metal as an important component of their plans to minimize the impact of economic uncertainty.

The numbers I’m going to share are significant, in my view. Significant enough that I could see them providing a measure of reassurance to those considering precious metals. They might be on what, for them, is the right track.

The numbers come to us courtesy of the World Gold Council’s (WGC) most recent Gold Demand Trends report.

Perhaps the most prominent of the figures is that demand for physical gold increased an eye-catching 34% year over year to 1,234 metric tons. That represents the highest demand for gold in a calendar quarter since 2018. The increase also marked an improvement by 19% over the five-year average for quarterly gold demand (1,039 metric tons).[4]

Unsurprisingly, the council’s report noted that “an uneasy environment of persistently high inflation and elevated geopolitical risks drove investors to gold” in Q1.

In a Fortune article about the WGC data, Kevin Rich, an adviser to the Perth Mint, the Government of Western Australia’s official bullion mint, said, “There will be more demand for gold as a safe haven as long as the world is in disarray and as long as the war is raging in Ukraine. Until the Fed can really get their arms around inflation, gold demand as a hedge should be there.”[5]

And I think even if the Fed manages to get its arms around gold, demand for the yellow metal could remain strong. I’ll explain what I mean in just a bit.

As for the wave of gold-buying in the first quarter, there’s additional data to share. For one thing, purchases of gold coins and bars hit 282 metric tons, which is 11% above the five-year average for quarterly purchases of those forms of the metal. Notably, central banks did a good deal of gold-buying last quarter, as well. They added 84 metric tons to their reserves, which is more than double the amount of gold they bought in the last quarter of 2021.[6]

Another key driver of the surge in gold-buying last quarter was the inflow of dollars to gold exchange-traded funds (ETFs), which the WGC attributed to “safe-haven demand.” The WGC’s Gold Demand Trends report says the amount of gold purchased by ETFs in Q1 increased by 269 metric tons. That translates to the largest quarterly inflow to ETFs since 2020.[7]

Both WGC and the Perth Mint’s Kevin Rich point to inflation and geopolitical unrest as the principal catalysts for the big uptick in gold-buying we saw in Q1 2022. And Rich suggests gold demand should remain strong up to the point where the Fed succeeds in taming inflation. But he alludes to another possibly beneficial economic condition for gold that could develop precisely as a result of the central bank’s efforts at bringing down inflation: recession.

It’s a good question. What makes it such a good question is the exceptionally poor record the central bank has in landing the economy from the lofty heights of inflation without skidding off the runway into the recession river. As I mentioned at the outset of this article, the last 11 rate-tightening cycles have culminated in recession.

The Fortune article says that “gold tends to perform well during recessions.” And it certainly has performed well during recent recessions. During the COVID-19 recession, which ran from February 2020 through April 2020 according to the National Bureau of Economic Research (NBER), gold climbed 9%. And for the entire pandemic-riddled 2020 calendar year, the price of gold increased nearly 25%.[9]

The next previous U.S. recession according to the NBER was that which evolved against the backdrop of the global financial crisis. That recession lasted from December 2007 through June 2009. During that period, the price of gold appreciated 20%.[10]

But will we actually see a recession this time around? It’s impossible to know for sure, even as the recession “drumbeats” seem to grow a little louder with each passing day. You may have heard that GDP in the first quarter of this year dropped 1.4% – not a good sign. You may also be aware that respected figures in macroeconomic analysis – including Deutsche Bank chief economist David Folkerts-Landau and former Federal Reserve vice-chair Roger Ferguson – now say they expect to see a recession in 2023.

Still, it remains to be seen if the U.S. will fall into recession. And if it does, there’s no way of knowing for sure that gold will strengthen amid the downturn as it has during previous downturns. But there are those who consider gold to be every bit as valuable a recession hedge as they do an inflation hedge.

Does that mean if broad economic uncertainty persists we should continue to see strong quarterly gold-buying reports from the World Gold Council? Again, there’s no way to know. But if you’re someone who thinks the savers and central bankers who saw gold as the place to be during Q1 2022 could be onto something, then perhaps you’re pondering the idea of becoming a gold owner yourself.

If so, please make sure you deal only with a firm that has an outstanding track record of delivering premium products and premium service to its customers.

Not sure where to find a firm like that? Maybe I can help.

For those who are ready to learn more about physical gold and silver, I suggest taking a look at Augusta Precious Metals. Augusta is headquartered in the American heartland city of Casper, Wyoming, and that makes sense. It makes sense because Augusta takes a “heartland” approach to how it interacts with those who want to learn about metals.

Here’s what I mean: When you call Augusta, you won’t be greeted with a slick sales pitch or some other spiel that makes you regret you called in the first place. Augusta doesn’t deal in gimmicks or outlandish claims. We want you to have all the objective, unbiased information about gold and silver that you need to make the best, most informed decision you can for yourself about whether metals are right for you.

Our emphasis is on education, not sales. Sure, we have what we believe to be outstanding products and services for those who ultimately decide metals are for them. But it’s important to us that you get the information you want and need – for free – first. When you call Augusta at 800-700-1008, you’ll speak to a customer success agent who will chat with you on your terms and answer all of your questions. You will receive a comprehensive free guide on metals and gold IRAs when you call. You also will learn about our unique, free one-on-one web conference.

We are proud of this presentation. It was carefully designed by our director of education, who also is the firm’s on-staff, Harvard-trained economist. The web conference will detail for you the numerous challenges facing retirement savers today – including those I referenced at the outset of this article. But it does more than outline problems, as important as that is. It also discusses the role that precious metals have played in helping to mitigate the impact of those challenges on American retirement savings.

The evidence seems to show there’s a significant level of general interest in gold on the part of both individual savers and central banks right now. If you see that interest as validation of your hunch that gold might be a useful addition to your own asset base and you want to learn more, give Augusta Precious Metals a call today. We very much are looking forward to hearing from you.