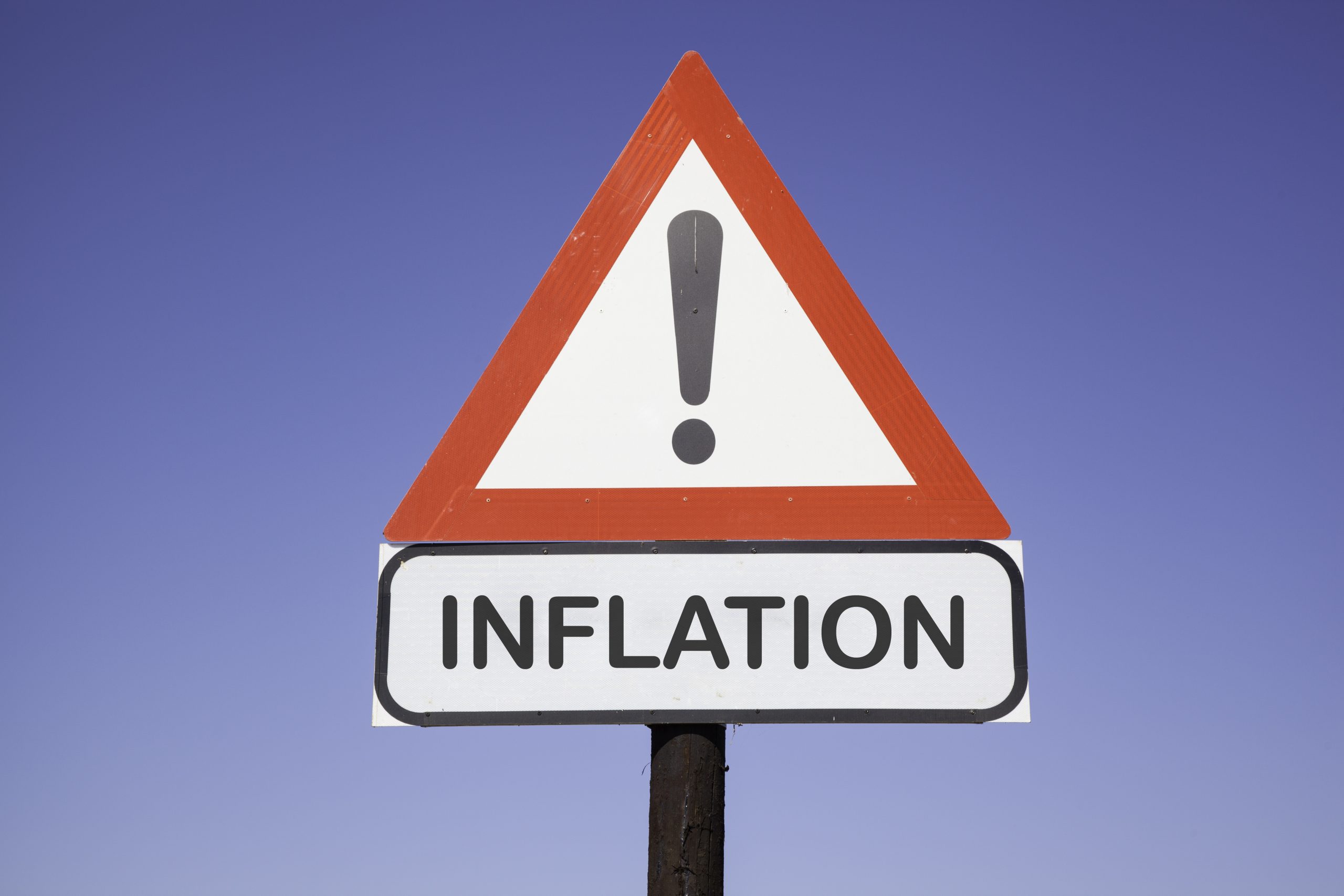 We now are seeing the highest inflation we’ve seen in 40 years. Among those analyzing the numbers are some of the leading voices in business and economics. In a recent Yahoo Finance interview, Charlie Munger – second-in-command to Warren Buffett at Berkshire Hathaway – referred to inflation as the “greatest long-range danger a society can face aside from nuclear war.”

You might be inclined to dismiss what Munger says as hyperbole. I will admit, it sounds bold. That said, the historical record shows that inflation has helped bring whole societies to their knees. Multiple experts attribute the fall of the Roman Empire to inflation – something Munger also made a point of mentioning during his interview.

As individuals, you and I obviously are limited in what we can do to ensure that government and central banks act in a fiscally responsible manner. We can, however, take steps to hedge our own financial resources from the effects of fiscal uncertainty – including inflation. And one of those steps could include the addition of alternative assets such as gold and silver to your own personal holdings.

I’ll “circle back” to talk more about metals in a bit. Before I do, though, I want to look a little closer at what Charlie Munger had to say about inflation and its impact on what is perhaps the most storied empire in history: ancient Rome. In the context of an inflation discussion, what happened there is very interesting – and instructive for all of us, I believe.

Munger: Inflation’s Role in the Collapse of Ancient Rome is a Clue to Its Dangers

When the subject of inflation came up during Munger’s recent Yahoo Finance interview, the billionaire investor did not mince words.

Inflation is a very serious subject. You can argue it’s the way democracies die. When democracy dies in Latin America, inflation is a big part of it. So it’s a huge danger once you’ve got a populace that learns it can vote itself money. If you overdo it too much, you ruin your civilization a lot. And so, of course, it’s a big long-range danger.

If you look at the Roman republic, even after they went to an empire with an absolute ruler, they inflated the currency steadily for hundreds of years. Eventually, the whole damn Roman Empire collapsed. So, it’s the biggest long-range danger we have, probably, apart from nuclear war.[1]

Munger says a lot about inflation in this relatively brief excerpt. What really caught my attention is the degree to which he apparently sees the downfall of Rome as an important lesson for us all about the dangers posed by inflation.

In a nutshell, the government of Rome found itself having to address the same problem faced by many governments today: how to pay for things when taxation isn’t enough and it’s decided that cutting back is not an option.

There is general agreement among historians that inflation was indeed integral to the collapse of ancient Rome. As the empire grew, the demands associated with keeping it intact necessarily grew as well. As the size of both the population and geographical territory expanded, the financial challenges of building and maintaining infrastructure and other services – along with financing the Roman military machine – became more acute.

In the case of the Roman Empire, what did officials do when they wanted to keep spending but couldn’t raise the necessary funds from taxes alone? They did what governments and central banks sometimes do today: they debased the currency.

The standard medium exchange of Rome at the time was silver coinage – the denarius coin. You might be saying to yourself, “I thought only paper money could be debased. How do you debase a silver coin?” Simple: by lowering its purity content.

(Note: In light of this discussion, maybe it IS good the IRS demands such a high purity content of gold and silver coins to be IRA-eligible).

Chronic hyperinflation and onerous taxation eventually got the best of Rome. As is typical of nations experiencing hyperinflation, resulting economic strife diminished the empire’s ability to effectively maintain order. General discontent within Rome morphed into upheaval and even civil wars, making the empire more vulnerable to barbarian raids. As DailyHistory.org notes:

In the end, it was primarily Germanic tribes, such as the Goths and Vandals, who dealt the final death blows to Rome, but that would not have been possible if Rome’s economy was not weakened by a particularly excessive and long-lasting inflationary cycle.[4]

In the same way that Rome wasn’t built in a day, as the saying goes, neither did it fall overnight. The death of the Roman Empire occurred over several generations. But as a careful look at Roman history has revealed, prominent among the reasons for ancient Rome’s demise was a chronic inflation problem the government was either unable or unwilling to tame.

Inflation Need Not Destroy Civilization to Diminish Your Financial Security

I’m not encouraging you to believe U.S. inflation this time around could lead to the collapse of America. But I think it is good to take the words of Charlie Munger to heart and recognize the potential of inflation to have a significant impact on economies and personal savings.

On that note, let’s talk briefly about the implications of inflation on personal savings. The U.S. inflation rate currently is at 7.5%. That is nowhere near 15,000%, and 7.5% inflation may not prompt widespread societal upheaval and civil wars. But it’s important to recognize that inflation doesn’t have to be exorbitant to potentially weaken your personal financial security.

If inflation remained at 7.5% for 20 years, a 500,000-dollar-portfolio today eventually would have the buying power of around 118,000 dollars. I have to think if you’re the person who sees the buying power of their retirement dollars decline by 76%, it could have a significantly negative impact on your financial security when having that security will mean the most.

And if chronic inflation drops from 7.5% to, say, a much more “acceptable” level of 3%, it still could be an issue for retirement savers. The buying power of a half-million-dollar retirement portfolio would be chiseled down to a little more than half that amount over 20 years if 3% inflation remained in place for a couple of decades.

Again, I don’t expect we’ll see riots in the streets over 7.5% inflation, let alone 3% inflation. On the other hand, as our examples show, inflation doesn’t have to destroy the country to possibly erode your financial security.

I said earlier that you can’t force your government to be fiscally responsible and make decisions that support the value of a currency. That’s true, you can’t. But neither do you have to stand by idly while the value of your hard-earned savings declines. There are meaningful steps you can take to help insulate your money from the effects of inflation. And one of those steps could be to include physical gold and silver among your assets.

Are You Ready to Have a Discussion About Hedging Your Savings?

We don’t push fear at Augusta Precious Metals. That’s just not how we do business, but we do take time to understand the challenges many savers may encounter on the road to retirement security, and we are willing to take time to share it with you.

When you call Augusta at 800-700-1008, you will find out about our company’s straightforward, transparent and practical approach to gold and silver as savings assets. The helpful, knowledgeable customer success agent you speak with will answer all your questions (or help you find answers) and make sure you receive our information-packed free guide. You also will learn about Augusta Precious Metals’ unique one-on-one educational web conference – also free. This presentation – designed by our on-staff Harvard-trained economist, Devlyn Steele – raises important points regarding how precious metals can help your money thrive amid the uncertainty that sometimes characterizes the economy and financial markets.

So, yes, inflation has the proven capacity to harm economies and even contribute to the demise of empires – and not just during ancient times. But, as our examples show, the effects of inflation need not be anywhere near that dramatic to potentially compromise your personal financial security and your retirement plans. If you’re ready to continue this discussion and learn more about why gold and silver can be useful alternatives for effective diversification, we’d love to hear from you. Call Augusta Precious Metals today.

[3] DailyHistory.org, “What Role Did Inflation Play in the Collapse of the Roman Empire” (accessed 2/24/22).