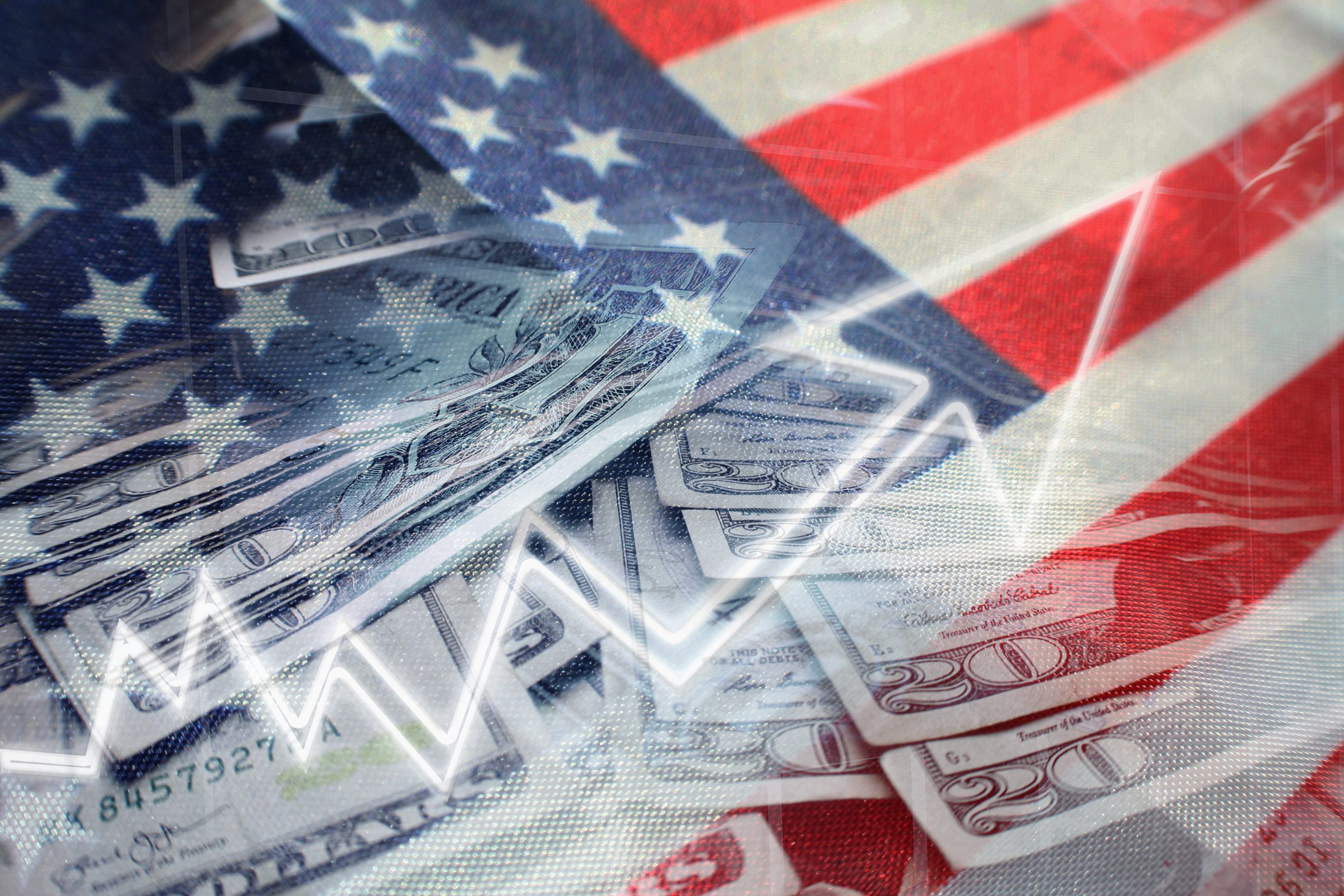 It would seem – based on the most recent consumer price index (CPI) report – that we finally may be nearing the end of high inflation.

You may have heard that headline CPI rose 7.7% on a year-over-year basis in October.[1] That still is a pretty big jump. However, it’s a noticeable decline from September’s 8.2% figure. It also is the fourth consecutive month that annual CPI’s rate of increase has dropped.[2]

The inflation data wasn’t all upbeat, however. While the broader numbers for both headline and core CPI did indicate signs of meaningful decline, several key component indexes – including those for shelter and energy – reflected a continued relentlessness in upward price pressures.[3]

Which brings me here: We may, in fact, be seeing the beginning of the end of acutely high inflation as illustrated by the broader numbers. But higher inflation may be our constant companion for the foreseeable future.

Let me clarify: High inflation and higher inflation are not always the same thing. I don’t know that anyone will be particularly surprised if the CPI that’s been lurking around 40-year highs for the last year continues to sink. Even if that happens, though, there are plenty of people who expect inflation to persist above the Federal Reserve’s 2% target for some time to come.

You can include among that group two principals of the asset management firm Research Affiliates. The pair – Rob Arnott and Omid Shakernia – recently conducted research from which they concluded that inflation is likely to remain solidly above 2% for the next 10 years.

Their analysis is as straightforward as it is compelling. That doesn’t mean inflation above the Fed’s target unquestionably will linger for another decade. But the results of their diligent work make clear it would be irresponsible to refrain from seriously considering the possibility.

Let’s take a closer look, then, at research that points to the likelihood we could be looking at higher inflation for many years to come. Before I close out this week’s article, we also will look at one measure some might consider implementing to help mitigate the impact of not only “higher-for-longer” inflation but any related economic turbulence, as well.

Seventy Percent of the Time, Inflation That Reaches 8% Will Go to 10% or Higher: Analysts

The current period of soaring prices is yet another reminder that once inflation becomes tightly woven into a nation’s economic fabric, the process to root it out can be exceedingly difficult.

The difficulty of the effort is just part of what makes high inflation so daunting, however. The other part – the part most relevant to the consumer and saver – is how long it can take for elevated prices to float back to earth.

The work put in by former Federal Reserve Chairman Paul Volcker to finally get the best of the “Great Inflation” of the 1970s and early 1980s often is highlighted as the quintessential example of how to gain control of high inflation that becomes chronic.

Volcker and his colleagues didn’t raise rates with a “least is best” mindset, hoping incremental increases would somehow coax back to earth the inflation that had ascended into double-digit territory. Instead, they attacked inflation with great ferocity, eventually pushing the Federal Funds rate well above the level of inflation.

Unsurprisingly, they crushed the economy in the process. The rate hikes triggered not one but two recessions in the U.S., the second of which lasted nearly a year and a half and saw the unemployment rate jump to 11%.[4] But the Fed did at that time what apparently needed to be done…and inflation indeed descended from its lofty heights.

Even with all that Volcker and crew threw at inflation, however, it still took a long time for prices to come back down. As Arnott and Shakernia note, “It took two more years for this extreme policy intervention to cut inflation to half its peak level (to 7%), and over six years to bring inflation to 2%.”[5]

The tale of Volcker and the length of time it took for the Fed to regain control of inflation a half-century ago is how Arnott and Shakernia open their paper. It’s their way of setting the stage for the bad news they have for us today in 2022: that it may take another 10 years for the inflation we’re experiencing this time around to get back to 2% or better.

I think the work of Arnott and Shakernia is excellent, and I heartily encourage you to read it for yourself. That said, there are some key elements of their findings that I want to mention here.

Here’s what they did: The authors examined all instances where inflation surpassed 4% in 14 OECD (Organisation for Economic Co-operation and Development) developed-economy nations from January 1970 through September 2022. It is at the point when inflation first crosses above 4% that they look to see how it behaved subsequently.[6]

Among their findings, the pair determined the following:

The paper is not merely a platform on which the authors’ data analysis is reflected. It also serves as an outlet for their frustration over the Fed missing the glaringly obvious (based on the research) reality that inflation left unchecked could morph into a problem of relatively seismic proportions.

Let’s chat a little about that, as well as the implications for retirement savers of higher inflation lasting another decade.

When it comes to the current cycle of inflation, Arnott and Shakernia clearly think the Federal Reserve was either dangerously naïve – or just as dangerously incompetent.

“It was a mistake for the Fed to declare inflation transitory when it was rising rapidly and when history tells us that, even at a relatively modest 4% rate, it often is not transitory,” the pair writes. “The Fed inflicted serious damage, both to the macroeconomy and to its own credibility, by following a too-easy policy for a dozen years and then continuing its transitory messaging as inflation lofted past 6%, then 8%.”[8]

Yet here we are. As I mentioned at the outset of this piece, there recently have been signs of relief in overall price pressures. But there are two caveats to that I’ll pass along, both based in the authors’ research.

One is that even as headline inflation has retreated somewhat, it still could move appreciably higher – to 10% or more. According to Arnott and Shakernia, inflation has done just that on 70% of the occasions where it reached 8%, as it did in this country back in March.

Here’s the other caveat: Even if inflation doesn’t resume an upward trend, it could be a long time before it returns to what most would consider an acceptable level.

So, let’s assume, for the sake of discussion, inflation doesn’t move any higher from its present level…but that it does remain appreciably above 2% for many years.

What could that mean for retirement savers?

If we assume inflation averages 4% for the next 10 years, it potentially could reduce the purchasing power of savings by one-third.[9] As significant as that is, it may not be the full extent of the fallout. Because if we assume that eventuality, we also must consider that some measure of broader economic uncertainty – perhaps even outright volatility – could accompany the longer-term period of higher inflation.

If there’s any good news here, I would propose it’s this: Incorporating a thoughtful strategy to push back against not only the impact of chronic inflation but general economic uncertainty isn’t difficult. In fact, it’s so easy to take a meaningful stand in defense of one’s own savings that there’s really no sound reason for not doing so, in my view.

One risk-mitigation strategy that’s popular with some savers is the acquisition of perceived safe-haven assets and stores of value such as physical gold and silver. The robust performance of precious metals during the aforementioned “Great Inflation” as well as the financial crisis and 2020 pandemic lockdowns at least suggests the possibility that gold and silver could be helpful in lessening the overall impact of high inflation and economic volatility on one’s savings.[10]

Savers will have to decide for themselves what course of action is best for the purpose of hedging their retirement accounts against inflation and any related volatility. But given the profound risks associated with the long-term inflation that Arnott and Shakernia see as likely – as well as the relative ease of putting a hedging strategy in place – it’s difficult to imagine any prudent retirement saver concluding that doing nothing is the most worthwhile option.