High Inflation: How It’s Ratcheting Up Financial Pressures on Americans 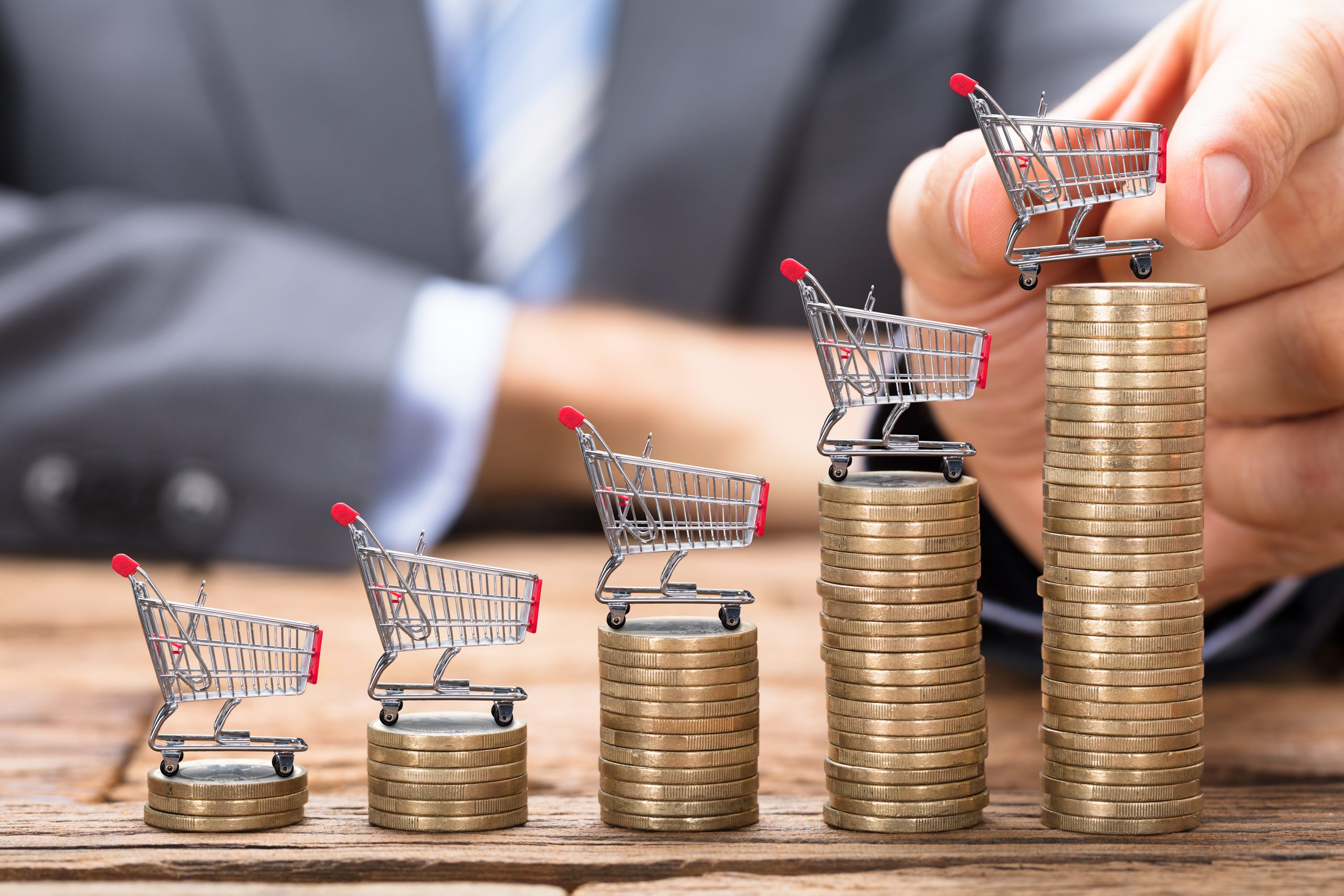 “This inflation problem is widespread, it’s persistent and likely to be protracted.”

These are the words of Stephen Roche, a senior fellow at Yale University’s Jackson Institute for Global Affairs and former chief economist at Morgan Stanley. He said those words during a recent appearance on CNBC’s “Fast Money,” where he was explaining why stagflation is now his “base case” for the U.S. economy.[1]

Judging from Mr. Roche’s words, he sees the skies darkening over America’s economic landscape. In fact, other smart people are also projecting worsening conditions ahead. A recent survey by Bank of America Global Research of institutional, mutual and hedge fund managers revealed a majority of them see stagflation characterizing the U.S. economy over the next 12 months.[2]

This opinion of the economy is concerning news. And underscoring these projections are signs that regular Americans right now are stressed financially.

One article about the numbers – which we’ll discuss shortly – names high inflation as the culprit. That’s hardly a surprise. Although April’s 8.3% headline consumer price index was in fact a slight drop from the previous month (8.5%), the metric is still at a 40-year high. And core inflation – the measure that excludes volatile food and energy prices – surprised economists by growing more than expected last month.[5]

But inflation is doing more than raising the prices of goods and services. It’s also cancelling out the nominal wage gains Americans have seen recently. We’re going to talk about that part of the problem, as well.

Now there are growing concerns from economist Stephen Roche and others that high inflation soon will be joined by an economic downturn – perhaps even a full-blown recession. It’s not an optimistic picture of what lies ahead. But it’s one from which Americans should not avert their eyes. Rather, they should – in my opinion – look courageously at what’s going on right now with the economy and projections of economists and consider how they might mitigate the effects of this uncertainty on their personal financial circumstances.

Last November, while appearing as a guest on the Sunday Today Show, MSNBC business correspondent Stephanie Ruhle made waves when she dismissed burgeoning high inflation by saying that “while nobody likes to pay more, on average, we have the money to do so.”[6]

I wondered then who she meant by “we.” And since her now-infamous Today Show appearance, inflation has climbed even higher. Based on the results of the Census Bureau’s latest household pulse survey, it would seem quite a few Americans would wonder what money Ms. Ruhle was referring to.

According to that survey, more than one-third of U.S. households said they had trouble paying bills from April 27 through May 9. A Fox Business article on the survey results said they revealed the number of Americans who found it “somewhat difficult” or “very difficult” to pay “usual household expenses” during that period rivals the peak reached in pandemic-riddled 2020.[7]

The article notes there are many states where the portion of households struggling to make ends meet is well above one-third. In Alabama, Oklahoma, Wyoming and California, nearly 40% of the respondents in each of those states reported having difficulties covering their normal expenses. In other states, the number of those in financial distress right now is even higher. Nearly 42% of West Virginians are having trouble meeting their normal expenses while close to 44% of Kentucky households say the same thing. And in Mississippi, almost half of the households there – 45% – are having a tough time paying the bills.

The Fox piece also cites recent analysis from Moody’s Analytics that says the average American now must spend an additional $311 per month because of inflation. In January, a Bankrate survey indicated that roughly 60% of Americans don’t have the ability to cover an unexpected $500 expense with savings. Given this, it hardly seems surprising that having to fork over several hundred more dollars each month right now to pay expenses is proving to be a substantial burden.[8]

Some might be wondering why things are so bad, given the marvelous wage gains that have been generated by a super-hot job market. With all that money, why are so many treading water?

I’ll talk about that next.

What Wage Gains? Real Earnings Sink Thanks to Soaring Prices

You may have heard off and on that the labor force participation rate isn’t what it used to be. That’s true. Before the pandemic, the last time there were this few Americans either working or actively looking for work was 1977.[9] And with so many companies desperately looking for help from a smaller pool of interested candidates, it’s understandable why the unemployment rate is back down to around its lowest level in history (3.6%) and why wages have been soaring.[10]

So these boosts in wages are good news for everyone working to fend off inflation, right?

It stands to reason that wage gains certainly are more helpful right now in the effort to fight back against higher prices. Unfortunately, inflation is so bad that even big wage jumps are being devoured by soaring prices.

Labor Department data shows that hourly wages for workers in the private sector jumped 5.6% year over year in March and nearly the same in April (5.5%).[11] For perspective, annual wage gains just prior to the pandemic were around 3.4%.

Alas, these recent wage increases are no match for inflation now sitting at a four-decade high. Real earnings – which take inflation into account – actually shrank 2.6% in April.[12]

“The wages are not keeping up,” said Diane Swonk, chief economist at accounting and advisory firm Grant Thornton. “It leaves workers chasing a moving target on inflation and it erodes their living standards.”[13]

Victory Over Inflation and (Possible) Recession Could Require Multifaceted Strategy

That a large swath of America is embroiled in a fight with inflation right now is not surprising, but it’s a little disquieting.

The data also suggests that if recession does in fact come it could prove even more challenging for Americans to overcome. We’ve not seen stagflation – high inflation and economic downturn – darken our national door since the 1970s. And when we did, we were treated to not only double-digit inflation but double-digit interest rates and near-double-digit unemployment, as well.

Current conditions and the near-term outlook suggest consumers and retirement savers might want to do more than cut back on spending and work harder to maintain their personal economic stability. Those efforts certainly can be very valuable. But there are other actions that could prove helpful. One might be to include as a part of long-term savings those assets that have at times demonstrated the historical ability to hedge against the effects of inflation as well as economic volatility – assets such as physical gold and silver.

Ultimately, each person will have to decide for themselves just what form their inflation-defense – and/or recession-defense – strategy takes. Whatever you decide, it seems clear from both the current economic data and economists’ projections that continued vigilance may be perhaps the most important component of any such defense.

[1] Stephanie Landsman, CNBC.com, “Stephen Roach calls stagflation his base case, warns market is unprepared for the consequences” (May 19, 2022, accessed 5/25/22).