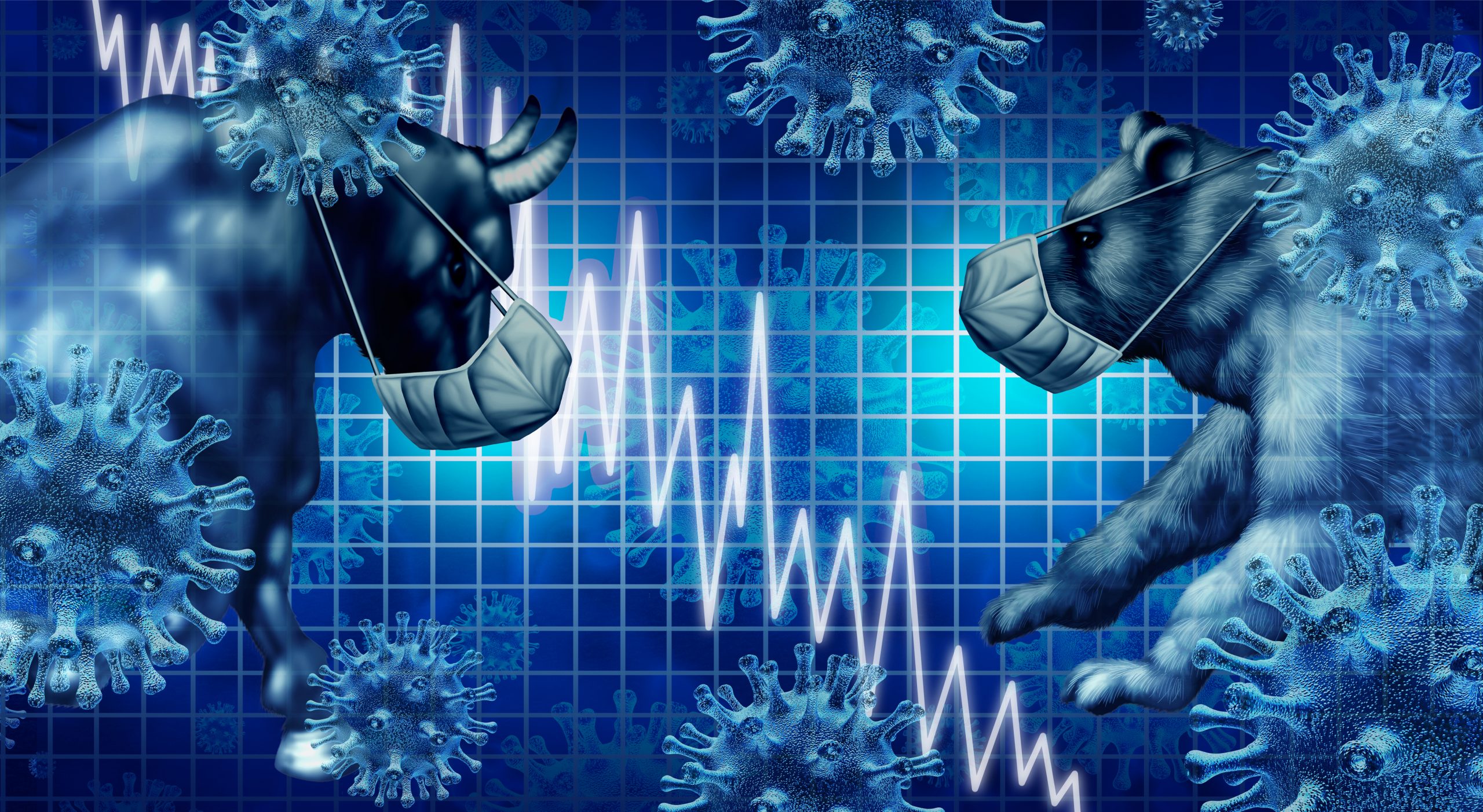 For a nation supposedly in the midst of a robust economic recovery, America certainly has a peculiar look to it right now. I’m sure you know inflation has been jumping lately, which is typical of times when economic output is growing sharply. Consumer Price Index (CPI) numbers for both June and July registered at 5.4% – the highest since 2008.

Hot-running inflation normally is associated with energetic output. But something’s wrong with this picture currently. The U.S. unemployment rate seems more than a little out of synch with inflation figures that suggest significant growth. From the beginning of the year, unemployment has struggled mightily to drop below 6%, until recently. July saw a more appreciable drop to 5.4% – but it’s still more than 50% above pre-pandemic levels. And the August fall to 5.2% represents the weakest job growth since January: Just 235,000 jobs were added in August even though analysts expected 720,000.1

Consumer sentiment is another measure that hasn’t reflected solid growth recently. The University of Michigan’s consumer sentiment index fell to 70.2 in July, the lowest since 2011.2 The figure was 13% lower than July’s 81.2 number. It was even lower than the 71.8 consumer sentiment number logged in April 2020, the month when pandemic-sparked unemployment reached its highest since the Great Depression. In a press release recently, Richard Curtin, chief economist for the University of Michigan’s Surveys of Consumers commented, “Over the past half century, the Sentiment Index has only recorded larger losses in six other surveys, all connected to sudden negative changes in the economy.”3

It makes you wonder: Is there more than meets the eye to the disquieting economic news we’re seeing now? Regular readers of this blog know I recently discussed the possibility that the country could find itself facing a period of 1970s-style stagflation – inflation accompanied by feeble economic output. That may sound overly dramatic, but some of the most respected minds in economics aren’t dismissing a comparison of today’s situation with the economic carnage of the 70s. They are saying it’s entirely justified. Among them: Kenneth Rogoff, former chief economist at the International Monetary Fund (IMF), and Desmond Lachman, former deputy director at the IMF. I find it impossible to ignore these thoughtful assessments from such respected men.

Discussions of the 1970s economic wildfire often fail to mention precious metals’ stunning performance during that same period. That’s a mistake, in my view. The jaw-dropping surge of alternative “safe-haven” assets such as gold and silver are, in my opinion, as big a part of the 70s story as the upheaval itself. If some of economics’ most learned minds suggest we could be in for a repeat of 70s stagflation, retirement savers may want to consider taking a look at precious metals to determine if there might be an opportunity to revisit the old days there, as well.

In a recent article for Financial Review, economist Kenneth Rogoff declares that “humiliating defeat, fading productivity and supply side shocks” eerily reminiscent of the 1970s could prove to be the principal ingredients of a “perfect inflationary storm.”4 Rogoff’s reference to “humiliating defeat,” for one thing, suggests parallels between America’s defeat in Vietnam and America’s recent defeat in Afghanistan.

Perhaps more meaningful both then and now is the profound loss in productivity growth Rogoff refers to. A 1989 publication by the Federal Reserve Bank of Richmond, “The Productivity Slowdown: What the Experts Say,” cites various economists who tried to explain why U.S. productivity fell so sharply during the 70s.5 Among the culprits they identified: The “end of the population shift from low productivity farm and self-employed jobs to higher productivity jobs,” the 1973–1975 recession, deteriorating labor quality, and higher energy prices.6

Rogoff says another drop in productivity growth is playing out right now. For starters, he points out that productivity growth has been dropping throughout the 21st century, anyway. A 2020 paper published by the Brookings Institution notes that “since 2004, output per hour worked has grown at a pace of just 1.4 percent—which is half the pace of the three decades after World War II.”7 And now, says Rogoff, the pandemic is “inflicting another heavy blow.”8

Supply shocks are another common bond that tie together the 70s and the 2020s, according to Rogoff. He cites the well-known enormous supply shock of the 1970s rooted in Middle East oil production cuts and embargoes.9 “Today,” Rogoff writes, “protectionism and a retreat from global supply chains constitutes an equally consequential negative supply shock.”

DW says the region has been particularly hard hit by the resurgence of COVID, and, in turn, that has prompted many factories to close. The Purchasing Managers’ Index (PMI) – a measurement of economic health – was at 44.5 for Southeast Asia in August. It marks the third straight month the figure was under 50 – and anything under 50 represents economic contraction.

Lachman: Appropriate for 70s “Misery Index” to Make a Return

In a recent article for The Hill, economist Desmond Lachman is another expert who cites pandemic-driven supply chain trouble in Asia as a reason inflation is on the rise.11 He further believes the ferocity of the COVID resurgence in that region – courtesy of the delta variant – suggests that Fed Chairman Jerome Powell may not be correct in his belief that supply issues will be resolved shortly.

Lachman also notes the impact of the delta variant on the American workforce, with associated consequences:

Closer to home, the delta wave is contributing to the unevenness of the economic recovery, and it could be delaying the return of people to the workplace. We are already seeing signs of considerable slowing in the service side of the economy, including travel, restaurants and entertainment, at the same time that a highly stimulative budget and monetary policy is causing demand for manufactured goods to boom.12

If that wasn’t enough, Lachman sees wage-push inflation as a threat now, too, as available jobs exceed unemployment and companies must increase compensation to lure workers.

The former IMF deputy director in fact says the stagflation threat is so compelling that it justifies binging back to prominence the storied “misery index” of the 1970s. The misery index was a creation of economist Arthur Okun. It assigned a numerical measure to Americans’ level of personal economic distress. The metric is calculated by simply adding together the rates of inflation and unemployment.

Lachman suggests the current measure – nearly 11% – is troubling given the unprecedented levels of fiscal and monetary stimulus thrown at the economy over the past year-plus. Moreover, that figure is more than twice that of the pre-pandemic percentage (a little more than 5%). That’s what is prompting Lachman to suggest it may be time for the misery index to be resurrected.

Gold and Silver Soared in the Stagflationary 70s – Could They Do It Again?

Here’s the point: Precious metals were bright spots in an otherwise dark and ominous 1970s. From January 1970 to January 1980, when annual inflation averaged nearly 8% and annual unemployment averaged 6.5%, gold soared 1,500% and silver skyrocketed nearly 2,100%. In my view, the amazing surge in metals prices at this time is a bigger story than the stagflation that many say sparked the big move upward.

But do these performance figures mean another period of 70s-style stagflation will lead to precious metals flying high again? Not necessarily – no one really knows what will happen, of course. But it’s not inappropriate, in my opinion, to consider the possibility that metals could at least strengthen in the face of economic conditions that may be similar, if not identical, to the decade known as the “Great Inflation.” For that reason, it may be time for a “gold update” in American savings mixes.

Are you intrigued by gold and silver’s potential to help minimize the damaging effects of inflation – including stagflation? If so, and you’re ready to learn more – or ready to instigate a “gold update” in your own savings – please give Augusta Precious Metals a call at 800-700-1008 to request our free guide. When you contact us, please also ask to learn more about our free one-on-one gold and silver web conference, available through Augusta’s education department. It’s an especially popular presentation with so many Americans who have reached out to us – including hall of fame quarterback Joe Montana. The web conference not only turned Joe into a happy Augusta customer it convinced him to become our corporate ambassador as well. We look forward to telling you more about it.

7 Emily Ross, Ryan Nunn and Jay Shambaugh, Brookings Institution, “The Slowdown in Productivity Growth and Policies That Can Restore It” (June 2020, accessed 9/9/21).