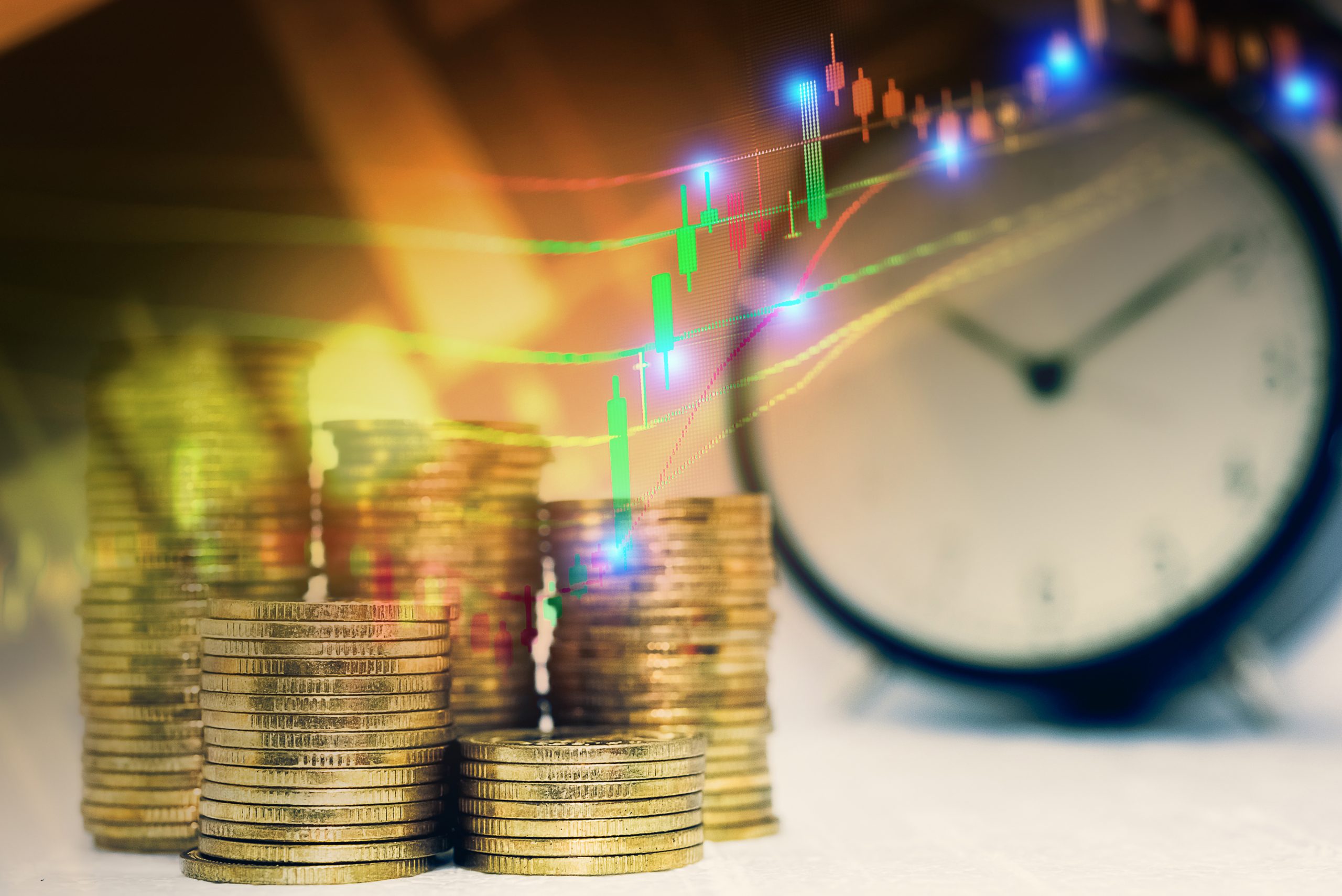 It may not be as great as you think. The rising cost of living is accelerating. Inflation is running away with our wallets right now against the backdrop of a massive increase in the money supply.[1] The rapid increase in consumer prices have been a problem all year – and the problem is getting downright dangerous. What do I mean by “dangerous”? Note that the most recent measure of the Consumer Price Index (CPI) was 6.2%, which is the highest it’s been in more than 30 years. Even if inflation does not get any worse – and it most certainly could – an annual 6.2% inflation rate will eviscerate the purchasing power of a 500,000-dollar nest egg down to a relatively paltry value of 150,000 dollars in today’s money over 20 years.

But that’s just one reason why the 2022 Social Security COLA increase – as large as it is – may not be as meaningful as it first appears. Another is that seniors have an inflation problem all their own – a problem greater than that suggested by the general CPI. Part of the added burden comes from the reality that seniors either are fully or mostly retired, which means their ability to keep pace with rising consumer prices through enhanced earnings, as they could when they worked, is gone.

The inflation crisis facing retirees is attributable to more than their lack of earned income, however. Another part of the problem stems from the higher health care costs seniors naturally face. And there are collateral factors that make high inflation even worse for retirees today, including the fact more seniors are carrying debt into their golden years than they ever have before.

This mix of no earned income, higher health care costs and more debt means higher inflation can deliver a crushing blow to retirees. Fortunately, there are ways to mitigate or even mostly offset the retirement inflation crisis. One of those involves fortifying your asset base with select alternative assets that have the demonstrated capacity to not only diminish effects of inflation but soar amid inflationary climates. As CEO of a gold IRA company, of course I’m referring to assets such as physical gold and silver, which often see rising prices even in the face of economic crises.

The constant and significant price increases associated with health care can be a burden for anyone. According to HealthView Services, health care costs are expected to continue rising at between 2 to 2 ½ times the rate of general inflation.[2] But the numerous ways in which seniors can expect to encounter these expenses makes them a particular challenge for retirees and retirement-age investors.

Take Medicare Part B premiums, for example. In a nutshell, Part B is the coverage for doctor’s visits and outpatient care. And the premiums for that coverage are set to soar in 2022 – 14.5% to be exact. That’s the biggest annual increase in history.[3]

And that’s just one sliver of the problem. As we know, the cost of health care involves much more than Medicare Part B premiums and more than what Medicare covers overall – and those other associated costs continue to soar, as well.

To pay for the expenses not covered by Medicare Parts A and B, for example, there is Medicare Supplement insurance, typically known as “Medigap.” Medigap policies are sold by private insurers and are essential for a very large number of Medicare recipients to help ensure the cost of health care doesn’t drive them to the poorhouse. But the projected annual increase in the cost of Medigap policies is on the rise – big time. HealthView Services says that Medigap premiums for the average retiree will grow by nearly 8% per year for the duration of their retirement.

Healthview offers up even more revealing data as to just how impactful the cost of health care can be to seniors’ bottom line. According to their research, the average, healthy 65-year-old couple retiring in 2021 can expect to spend a little more than 660,000 dollars on healthcare costs during retirement. And that same couple will spend nearly 70% of their Social Security benefits on the cost of health care.

And here’s something else I’m not sure many seniors consider: The likelihood that many “healthy” retirees will spend more on health care in retirement than those with chronic illnesses. How can that be, you may wondering? It comes down to simple longevity. Chronic illnesses obviously can lead to significantly higher expenses for the people forced to deal with them. But by definition, many of those folks will not live as long as they would have, while otherwise healthy seniors who enjoy lengthy lifespans still have to face a variety of health care costs along the way over a longer term, which adds up.

There are numerous other factors that serve to effectively stack the health care inflation deck even more significantly against seniors. Among the more prominent of these is the disappearance of defined benefit (DB) retirement plans, aka pensions.

Do you remember pensions? In 1980, nearly 40% of American workers had access to a pension plan.[4] Now just 15% of workers have access to one.[5] Unlike defined contribution plans workers largely must fund and manage themselves – such as 401(k)s – classic DBs are funded entirely by companies and are sources of guaranteed income throughout retirement. These plans are expected to continue disappearing and employees will be left to fend for themselves in developing money sources they can draw on in retirement. This will make facing down the financial challenges posed by health-care-specific inflation increasingly difficult for seniors.

Exacerbating the enhanced inflation challenges bedeviling seniors is the significantly greater levels of debt older Americans now are lugging around. As inflation was heating up in June, a Barron’s article published at the time noted that “in inflationary periods, with other costs rising, it can become harder to handle debt payments that were manageable when other expenses were less burdensome.”[6]

There was a time not so long ago in American financial culture when the very idea of being in debt as one approached retirement was anathema to seniors. But according to a 2019 Congressional Research Service report, the percentage of American households led by people aged 65 and older that were carrying debt of any kind increased from 38% in 1989 to 61% in 2016.[7]

And I was absolutely shocked to learn the number of Americans over age 60 who are carting around student loan balances in their names. As a matter of fact, Forbes says seniors are incurring education debt at the fastest rate of any age group due to their interest in helping children and grandchildren afford to go to college. In 2004, there were 600,000 student loan borrowers over age 60. By 2015, the number had soared to 2.8 million. And during that same period, the loan balances rose from 6.1 billion dollars to 66.7 billion dollars. Business Insider notes that nearly 25% of all federal student debt dollars owed – roughly 336 billion dollars – belong to borrowers over 50.[9]

Gold and Silver Prices: Precious Metals Can Be Allies of Inflation-Sensitive Seniors

This is the insidious back-breaking nature of inflation, particularly as it pertains to seniors. Not only is inflation in and of itself destructive, but it intensifies every other financial challenge seniors must deal with today. And it’s clear that for the fully retired, Social Security COLA increases are not enough to alleviate the stress.

It’s important, however, to emphasize that retirees and retirement investors need not stand by idly while inflation devours their hard-earned savings and otherwise compromises their financial security. If you can neutralize inflation, it not only preserves the purchasing power of your savings, but it mitigates the pressure inflation puts on your overall financial profile indirectly – but still profoundly.

And that leads us to the million-dollar (perhaps literally, for some) question: How do you go about taming inflation?

In an environment characterized by both chronically low interest rates and persistently high inflation – such as the one we’re in presently – precious metals offer great potential to help mitigate inflation’s effects through increased prices even during times of economic stress. Because of the long-term increase in their prices, as well as other reasons, gold and silver have been long prized as inflation-fighting assets, but the low-rate component of today’s economy helps ensure metals will have less competition for investor money; interest-bearing assets are seen as having little value in such an environment. So the outlook for the metals is particularly ideal right now.

If you’ve been thinking the same thing but have been hesitant to proceed because you’re not sure who to trust, why not consider the gold IRA company named by Investopedia identified as “best for transparent pricing”?[10] The same company that was named “Top Recommended Gold IRA Company” by Gold IRA Companies Compared and “Best Of” by TrustLink. The same company that hall of fame quarterback Joe Montana trusts with his personal retirement savings. That would be Augusta Precious Metals.

When you call Augusta at 800-700-1008, you’ll speak to knowledgeable professionals ready and eager to assist you with all of your precious metals needs, including learning about the movement of gold and silver prices. You also will get a free guide. And you’ll have the chance to learn about our live one-on-one web conference hosted by a member of Augusta’s education department. This presentation pulls back the curtain on the American financial system to reveal what makes it so challenging for earnest retirement savers to genuinely succeed – which provides clues you can use to defy the odds. It also details how physical gold and silver can help those same retirement savers overcome personal negative economic impacts and achieve the financial security and independence that can be so elusive.

Yes, inflation can be a nightmare for seniors. But it doesn’t have to ruin your dreams of a prosperous, secure retirement. Call Augusta today. We’re here to help!