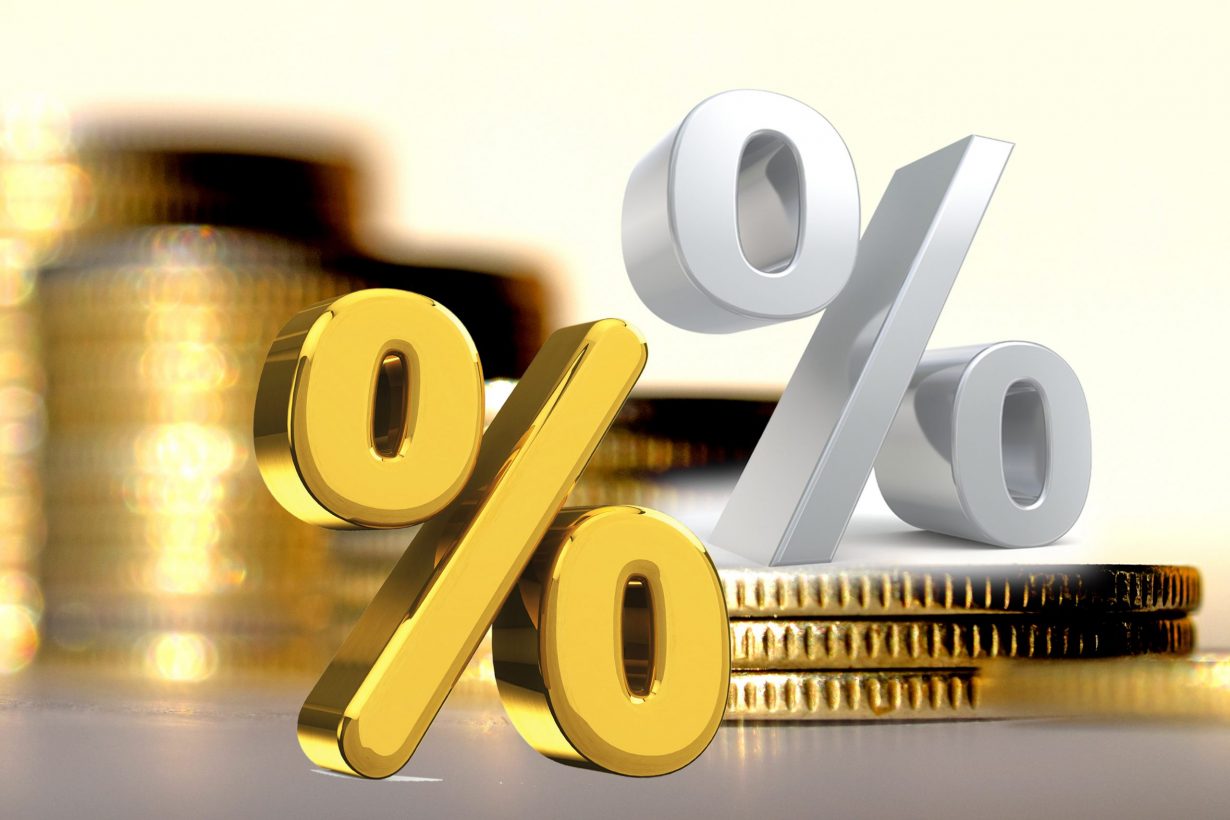 Federal Reserve loose-money policies have been in place for almost longer than I can remember. These policies have not only enabled but encouraged unprecedented borrowing at all levels: government, corporate and household. All of this money-creation has helped juice equities and real estate into bubbles so big that many experts say they cannot be allowed to burst.

If that’s true, it means interest rates can’t move higher, at least to any significant degree. This would be in spite of the abundance of concern the Fed now has about the inflation level that Fed Chairman Jerome Powell up until recently dismissed as “transitory.” April 2021’s Consumer Price Index (CPI) jumped to what was then its highest level in 13 years – and it’s done nothing but keep climbing since. In December, CPI hit a stunning 7%, a figure unseen in nearly 40 years.

Inflation right now seems like a freight train rapidly leaving the station. So, marching straight into a rate-tightening bias seems like a no-brainer. But the risk that higher interest rates could topple all those who are deep in debt AND devastate stock and real estate assets (which now mean so much to the nation’s economic well-being) could leave the Fed with no choice but to keep rates where they are.

That’s the position of multiple analysts, including economist David Rosenberg. Rosenberg is the chief economist at Rosenberg Research and the former chief economist for North America at Merrill Lynch. In a recent MarketWatch article, Rosenberg suggested the central bank is blowing smoke about rate increases. In his view, the risk to equity and real estate assets is more than the central bank – and the nation – can bear if lower interest rates don’t prevail.

Does Rosenberg actually mean the Fed will hesitate, in the face of soaring inflation, to protect stock and real estate asset prices? If it does, then the case for precious metals as inflation-protection tools becomes even more compelling. As safe-haven assets, gold and silver possess the demonstrated capacity to strengthen against a backdrop of higher prices that continue to move higher. But if the Fed refrains from hiking rates to combat the rising prices that seem headed to the stratosphere, then the resulting sharply negative real rates (nominal rates minus inflation rate) could send the gold and silver prices skyward as well.

Economist Rosenberg: A “Humdinger of Asset Deflation” in Store if Rates Rise

You may have noticed last week that financial markets were none too happy with what the Federal Reserve had to say in December. Last Wednesday, the minutes of the Federal Reserve’s December meeting were released. They revealed to those same markets that America’s central bank is ready to embrace a firm tightening bias with respect to monetary policy.

According to the meeting summary, the Fed declared its willingness to move forward with what CNBC last week called “the triple threat of policy tightening”: rate increases, the tapering of bond purchases, and the reduction of the Fed balance sheet.[1] Markets were understandably rattled. From Wednesday’s open through Friday’s close last week, the S&P 500 lost roughly 2.5% of its value.

To observers such as economist Rosenberg, that disappointing reaction by the S&P to the prospect of higher interest rates is negligible compared to what’s in store for mainstream assets if the Federal Reserve indeed moves “full speed ahead” on tightening – particularly if it includes overt rate increases.

The current Federal Funds rate is at 0% to .25%. Federal Reserve officials now project several rate increases this year and next year, with the Fed Funds rate potentially reaching 1.75% by the end of 2023.[2]

In Rosenberg’s estimation, an increase in the Fed Funds rate to 1.75% – hardly astronomical in the context of history – could trigger a 20% drop in home prices and a 30% drop in the stock market due to acute economic fragility. Noting that real consumer and business spending is down, that the trade deficit is at record highs, and that housing has peaked, Rosenberg says there’s “no impetus to domestic demand growth going forward and yet the Fed continues to play the role of economic cheerleader.”[3]

Rosenberg was quoted also in a November Barron’s article, warning that “if we get mean-reversion in equities and housing, which are where they are because of interest rates, you’re going to have some humdinger of an asset deflation.”[4] What he’s saying here is that if the stock and real estate markets drop to the values at which fundamentals say they should be, the resulting declines in both real estate prices and the prices of stocks would be substantial.

The same Barron’s article notes that “the U.S. economy is more sensitive than ever to asset prices,” and I agree. How often have you heard it said that the stock market is not the economy? Well, it’s getting more difficult all the time to defend that distinction. In January 2009, the ratio of the value of all publicly-traded stocks to gross domestic product (GDP) was around 60%. Now it’s at a whopping 205%.[5]

Like Rosenberg, hedge fund manager Diego Parrilla has long claimed appreciably higher rates simply aren’t possible because of the significant damage such rates would do to heavily inflated assets. In a Wall Street Journal article published last spring, Parrilla compared the reaction by markets toward the end of 2018 to sinking stones as rates were inched modestly higher to just 2.5%. In his view, that cause-and-effect serves is all the proof anyone needs that interest rates cannot be raised right now to corral inflation.

In fact, Parrilla has said, the equity and real estate bubbles can now be characterized as “too big to fail” in the same way that the world’s largest and most systemically integrated financial institutions are now viewed.[7] What Parrilla essentially is saying is that so much of the world’s wealth has been built on the Fed-juiced massive appreciation of equity and real estate values, that there now is too much at stake for the central bank to take any action that risks the significant reduction of those values.

If what Rosenberg, Parrilla and others believe about a hamstrung Fed proves correct, precious metals could benefit from an upward momentum that is profound. Parrilla thinks the gold price could go to 5,000 dollars over the next four years as inflation continues to move higher and central banks find their hands tied with respect to raising rates.[8]

What precisely happens to interest rates going forward remains unclear. What isn’t unclear is that chronically high inflation will be a reality for the foreseeable future. That by itself is a compelling reason to include precious metals among your asset base. But if the Fed is functionally unable to lift rates to a meaningful degree as prices continue to surge – and real rates become even more negative – the beneficial effect on metals prices could be truly significant.

Of course, inflation isn’t the only reason it can be prudent to own precious metals. Gold and silver prices have demonstrated the capacity to rise throughout a variety of economically and geopolitically adverse conditions – to say nothing of metals’ impressive performance as long-term assets. For example, since the start of the millennium, gold has appreciated nearly 560% – more than the total return of the S&P 500 over the same period.

The potential for rising gold and silver prices can offer a great deal to retirement investors looking to stabilize or maximize their portfolio returns. But solid, straightforward, easy-to-understand information on buying and owning physical precious metals isn’t everywhere. You won’t hear it on the popular financial news networks. You likely won’t hear it from mainstream financial advisors, given that their investing worldview tends to be oriented on equities and other “paper” assets. And even some of the precious metals and gold IRA companies out there – so singularly focused as they are on making sales – don’t always do a great job dispensing the information you really need and want in order to decide if metals are right for you.

This is just one of the many ways Augusta Precious Metals is different. Augusta wants you to have all the information you seek as you evaluate if gold and silver investing is appropriate for you. When you call Augusta at 800-700-1008, you’ll speak to a customer success agent who will cheerfully, enthusiastically and patiently answer all of your questions. And he or she will make sure you receive a free guide that contains important and useful information on getting started with metals.

You’ll also have the opportunity to learn about Augusta’s free one-on-one web conference, designed by our on-staff Harvard-trained economist Devlyn Steele. We believe there’s nothing else quite like it. In this eye-opening presentation, you’ll find out why the prevailing financial system makes it so difficult for earnest retirement investors to achieve financial security. But that’s not all. The same web conference will detail how taking advantage of the future potential that gold and silver price hikes can offer to your portfolio can help you mitigate the financial system’s built-in challenges and help you reach your long-term financial objectives.

There’s a good deal of speculation as to the future course of interest rates through next year. The Federal Reserve certainly seems ready to assume a firm tightening posture. Whether they actually follow through with higher interest rates, however, remains most uncertain given the clear risk to asset prices. But there’s no reason to leave your portfolio unprepared regardless of what happens. Call Augusta today.