Gold Investment: Possible Lifeline in the “People’s Republic of America?” 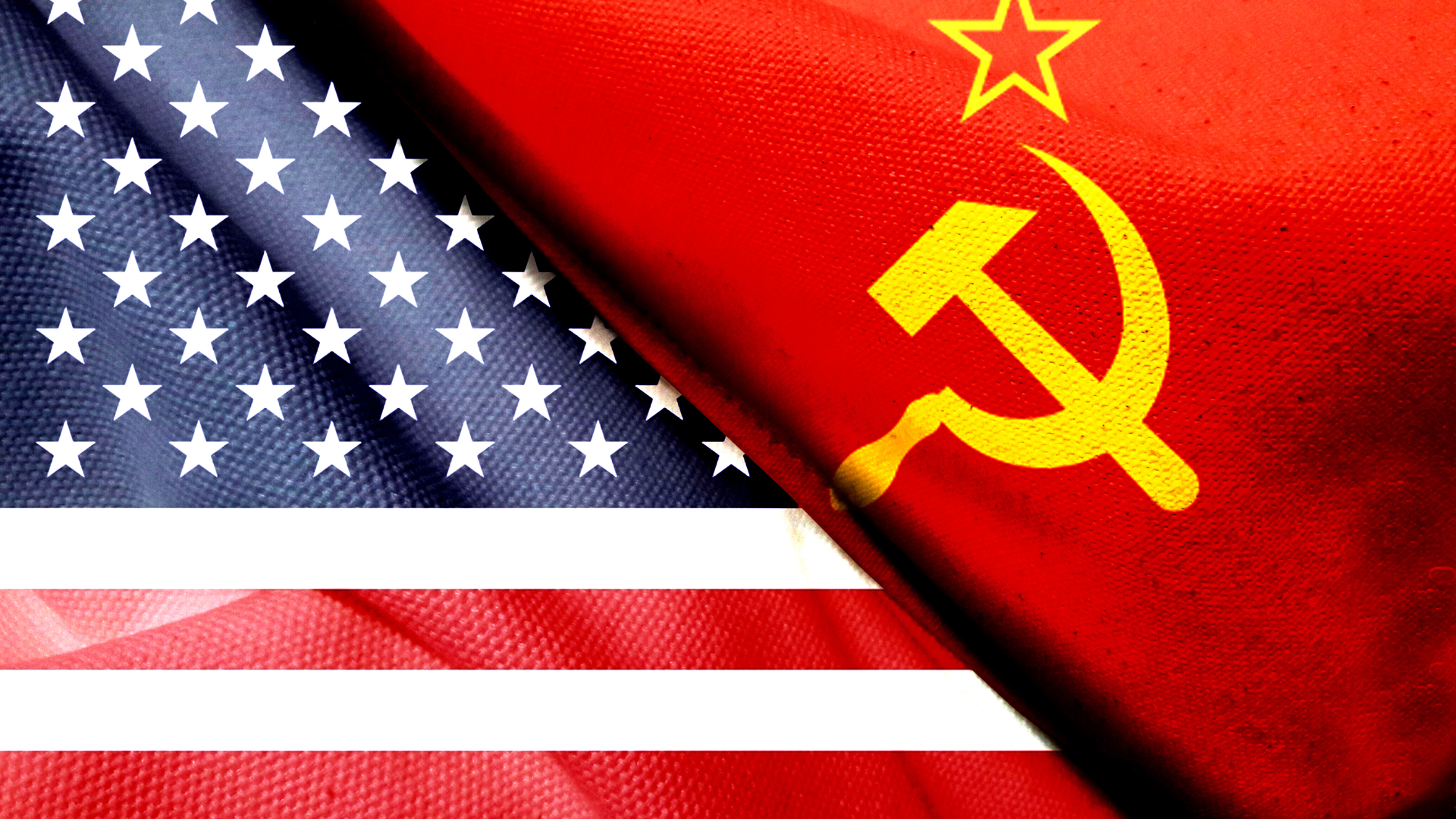 Joe Biden has been viewed largely as a centrist Democrat over the course of his 40-plus years in public service. But as it happens, the president has achieved his greatest political success – winning the White House – by wholeheartedly embracing the Democratic Party’s recent hard-left shift.

In fact, President Biden is spearheading the largest effort at expanding the government in many decades. It remains to be seen in what form and at what cost his comprehensive agenda will ultimately be enacted. But his pursuit of a truly revolutionary transformation of American society – including an unprecedented expansion of the social safety net – is currently projected to cost more than 7 trillion dollars.

As stunning as that is, I have to wonder, could it be that President Biden is seeking to move the government’s political needle further left than even his most ardent progressive supporters could ever have imagined?

Case in point: His nominee for the nation’s chief banking regulator is a Soviet-born advocate of the sort of central planning that sits at the very heart of communist economies. If the president has his way, that outrageous-sounding proposition could in fact become a reality. The potential implications for the nation’s economy are nothing short of monumental and could include the Federal Reserve acting as the financial depository for all Americans.

Retirement savers would do well to keep a close eye on these developments. The consequences of a hyper-progressive economic agenda could include unimaginable levels of deficit spending and money printing – and currency debasement.

Fortunately, physical precious metals – real assets – often have demonstrated the capacity to thrive during periods when deficit spending and accommodative monetary policy are in overdrive. And given the unapologetic commitment of this administration to these fiscal and monetary extremes, it may be in the best interests of retirement investors – actually, of all Americans – to include silver or gold investment as core portfolio assets.

Who Is Saule Omarova? What Does She Want with Our Money?

The Office of the Comptroller of the Currency is a branch of the Treasury Department that charters, regulates and supervises national banks, federally chartered savings associations and federal branches and agencies of foreign banks. The president’s nominee for Comptroller of the Currency is Cornell University law professor Saule Omarova. If confirmed, Omarova would effectively be the person overseeing the nation’s banking system.

But there’s one big problem with that, in my opinion. Born in the former Soviet Republic of Kazakhstan, Omarova appears to remain sympathetic to Soviet policies and ideology. She graduated from Moscow State University in 1989, where she wrote her senior thesis titled, “Karl Marx’s Economic Analysis and the Theory of Revolution in The Capital.”[1]

We don’t know for sure what’s in the paper. But we do know Omarova won the Lenin Scholarship for academic achievement while majoring in philosophy at Moscow State. It’s difficult to imagine that her award was not attributable as much to her dutiful embrace of communist ideals as to the quality of her report card – just my opinion based on unclear facts.

It should be noted that the reason we don’t know the paper’s contents is because Omarova won’t show it to anyone. As a part of the nomination vetting process, the ranking member of the Senate Banking Committee, Pat Toomey (R-Pa.) asked Omarova for a copy of the paper on October 6. She didn’t comply. She still hasn’t complied, even though it’s a committee requirement that nominees produce authored papers for review if requested.[2]

Some may see this concern about Omarova’s possible historical pro-Soviet viewpoint as much ado about nothing. After all, her days in the Soviet Union ended decades ago. Surely her views have changed since then – haven’t they?

Maybe not. There’s no shortage of Western emigres from communist regimes – including the old Soviet system – who extoll the virtues of economic liberty and capitalism at every opportunity. But not Omarova, who tweeted the following just a two short years ago:

Until I came to the US, I couldn’t imagine that things like gender pay gap still existed in today’s world. Say what you will about old USSR, there was no gender pay gap there. Market doesn’t always “know best.”[3]

It would be easy to dismiss the tweet as an offhand comment from one of the many progressives who’ve managed to wrest control of the Democratic Party from the more centrist wing. But unlike the Democrats with whom we generally are most familiar, Omarova is an organic product of old-style Soviet communism. One who not only has not disclaimed communism but who appears ready to bring elements of foundational central planning to America’s financial system.

Communist-Style Economics Could Be Headed to Washington

For starters, Omarova advocates for what would amount to an end to private banking in the interest of “democratizing” money, banking and finance. As a part of her vision for ending banking “as we know it,” private bank accounts would disappear and citizens would instead have accounts at the Federal Reserve. And these so-called “FedAccounts” would be facilitated by – surprise, surprise – the creation and issuance of central bank digital currency (CBDC).[4]

The ultimate purpose of this effort is control, of course, which Omarova makes clear:

This Article argues that a truly systemic democratization of finance demands a structural shift at the very core of this arrangement. The Article’s central claim is that, to achieve this goal, the Fed’s entire balance sheet should be redesigned to operate as what it calls the “People’s Ledger”: the ultimate public platform for both modulating and allocating the flow of sovereign credit and money in the national economy.[5]

If someone told you the People’s Bank of China – the central bank of communist China – referred to its balance sheet as the “People’s Ledger,” you wouldn’t bat an eye. But this is the United States of America.

A key component of Omarova’s overall central-planning vision also includes creation of an entity called the National Investment Authority (NIA), which would “fill” what she sees as “the critical institutional gap between the Fed and the Treasury.”

In May 2020, Omarova described her vision of the NIA to MSNBC’s Chris Hayes this way:

A permanent federal institution that would be charged with the task of devising and implementing and financing a coherent strategy of sort of economic restructuring, making sure that our US economy as a national enterprise, right, is structured in a way that actually has a future and that we actually work toward making our economy more resilient in the face of shocks, big pandemics, big climate change, big whatever kind of shocks we experience, that we have resources that we can mobilize and reapportion in the way we need it.[7]

Omarova added that “what the NIA would do is they would say, look, we the public manager, we will select the projects, and we will set the projects not on the basis of what is the most profitable in the next five years, in the next seven years.”

So in Omarova’s ideal world, your money will be on deposit with the Federal Reserve and used to fund whatever ventures, programs etc., the U.S. politburo deems to be in the public interest. And because the profit motive will be rendered inconsequential, financial soundness will be rendered inconsequential, as well. But that will be okay, it seems she’s saying, because there’s always the cash printing presses your communist overlords in Washington can turn to whenever it’s necessary to make up the difference.

Welcome to the People’s Republic of America.

It remains to be seen if Omarova ultimately is confirmed. She already has been proven controversial enough that even some within the Democratic Party – such as Sen. Jon Tester of Montana – are balking at her nomination.

But even if she is rejected, we still will be left with at least three-plus years to go of the administration that saw fit to nominate Omarova in the first place. As Justin Haskins recently wrote at The Hill, “That the White House would even consider her to head a key regulatory agency reveals that the Biden administration is interested in fundamental transformations of the U.S. economy, not moderate policies that would unite the country.”[8]

In other words, even without Omarova as a part of the administration, Joe Biden appears plenty interested in implementing his sweeping vision of a hyper-progressive America. It’s just that this vision might have to become a reality without the assistance of what could be an actual communist running the nation’s banking system.

With or without Omarova, retirement savers would be smart to assume massive levels of deficit spending and plenty of accommodative monetary policy in the coming years, even beyond that already projected.[9] In my opinion, retirement savers should remain on high alert for the entire duration of the Biden presidency. Specifically, those working hard to build and preserve their nest eggs would do well to implement measures that offer the potential to help them achieve those ends. One excellent option, in my opinion, involves including physical silver and gold investment.

As deficit spending continues to forge into record territory and the Federal Reserve gains greater influence over the lives of all Americans, “real” assets such as gold and silver can help offset the negative effects of mounting debt and currency debasement on savings.

If you’ve seen enough and think it’s time to take meaningful steps to help protect your hard-earned savings from the costly effects of progressive social engineering, contact Augusta Precious Metals at 800-700-1008. You’ll receive a free guide when you call.

You also will have the opportunity to learn more about our popular one-on-one web conference. This live presentation is hosted by a member of Augusta’s education department and details the ways the political and financial elite – such as Saule Omarova – exploit earnest, hardworking retirement investors. This eye-opening web conference also explains how adding physical silver and gold investment to one’s portfolio can allow those same retirement investors to fight back and preserve their financial legacy despite the best efforts of those elites.

As you surely know by now, there’s a great deal at stake – perhaps more than ever before. Call Augusta today. 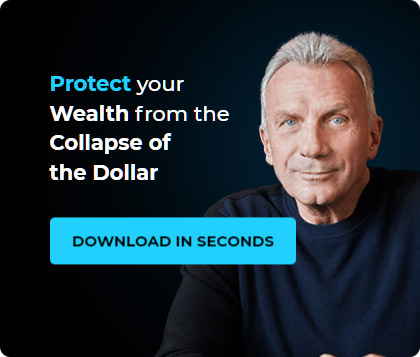 Hey! I'm Joe Montana
Ready to protect your future? Let's get started!
Have you invested in gold before?
Yes
No
Do you have a retirement account such as an IRA, 401k or a TSP?
Yes
No
How much would you like to invest in precious metals?
Under $50k
$50k to $100k
$100k to $250k
$250k to $500k
$500k Plus
Thank you for your request.
Unfortunately you do not qualify at this time. Our services are only valuable to retirement savers who have saved a minimum of $50K. We would be happy to serve you once you reach our minimum threshold.
One more step to a secure future!
Let us know how we can contact you.