The Gold Boom of Central Banks Amid Economic Uncertainty 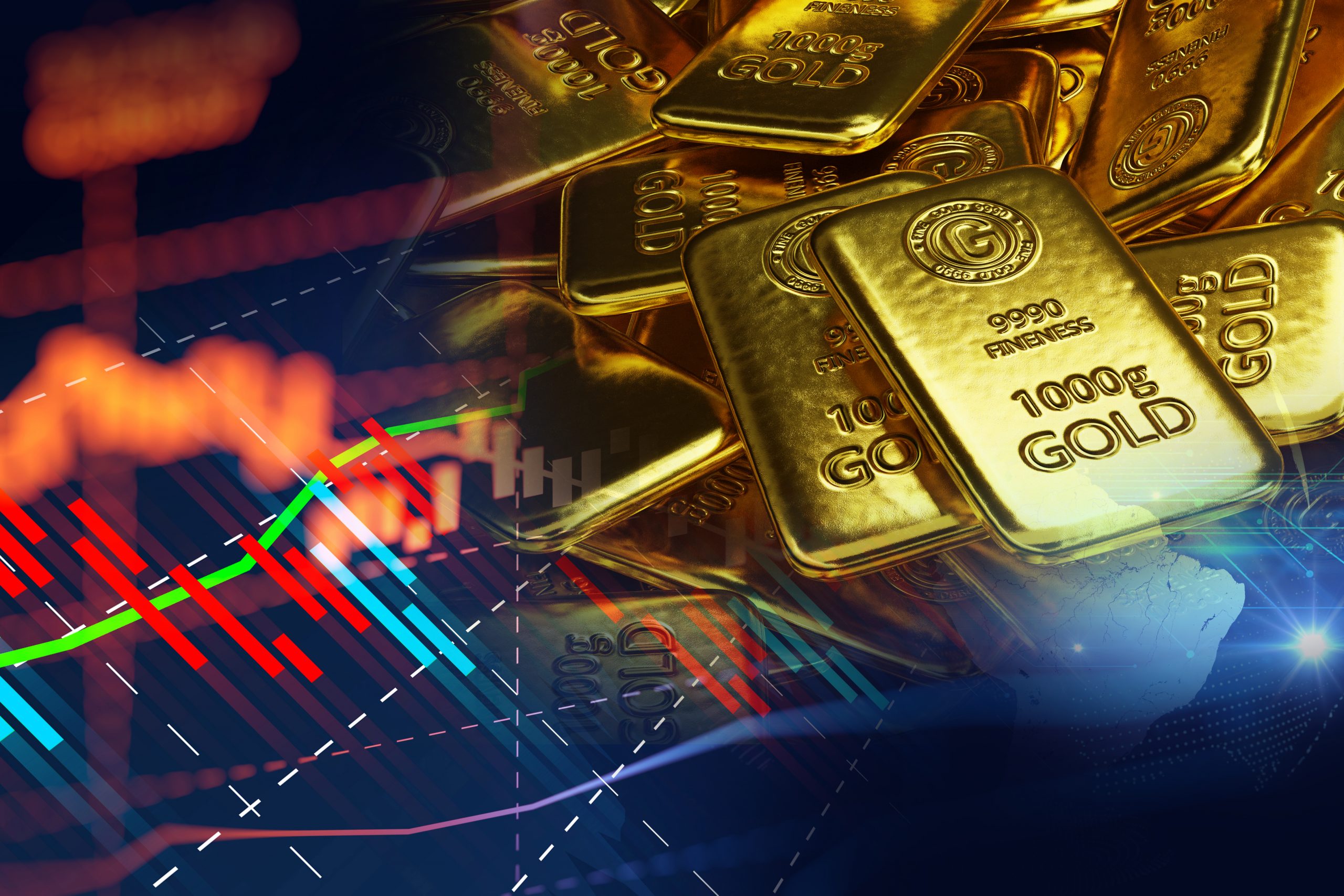 The nearly 250 years since the founding of America have contained numerous periods of economic and geopolitical uncertainty. But, if you’ve been paying attention to the news lately, the current environment may feel as challenging as or even more challenging than any of those difficult economic periods you’ve seen in your own life.

First of all, we still are wrestling with the public health crisis posed by the global pandemic and its economic fallout. And then there’s the Russian invasion of Ukraine, a regional geopolitical crisis that could carry global economic implications.[1] The nation’s entire M2 money supply increased roughly 40% in the last two years.[2] Another situation related to the money supply is the fact that U.S. inflation has been on a steady upswing over the past year and now sits at the highest level it has in more than 40 years.

Just as the Federal Reserve enacts its plans to hike interest rates and try to tame inflation, observers are sounding alarms that anything more than modest rate increases will plunge the country into recession.[3]

That’s hardly the extent of the troubling signs floating around presently. Consumer sentiment is at its lowest level in nearly 11 years and consumer debt is at record levels.[4]

It all adds up to a fair amount of concern. Many in possession of significant financial resources are increasingly anxious about just how strong those resources will be going forward. So, they’re turning to physical gold to help hedge and diversify their money.

That’s right. We may be long past gold-standard eras. But central banks – those entities without which fiat currency could not functionally exist – are relying on gold, of all things, to help keep their financial ships afloat as they sail straight into economically murky waters.

What do you think of that? If you are an advocate of gold and silver, as many of our readers are, this may seem amazing and affirming. Not everyone knows about the power of gold.

You might already have guessed what I’m going to say next: If central banks such as our own U.S. Federal Reserve rely so much on gold to help stabilize their financial reserves, maybe it could be a good idea for individual retirement savers such as you to buy some of the metal to help reduce the uncertainty that can bedevil your own savings.

Maybe. But before we talk any more about what you might do, let’s dig a little deeper into what central banks are doing – and the effect one global banking giant says it could have on the gold market.

2021 turned out to be a pretty big year for central bank gold-buying.

As a whole, central banks added 463 metric tons of the yellow metal to their reserves last year. That represents an eye-opening 82% jump over the amount purchased in 2020. The sum also increased global central bank gold reserves close to 35,600 metric tons – the highest level in nearly 30 years. Just as meaningfully, 2021 marked the twelfth consecutive year of net purchases of gold by central banks.[5]

Also notable are the reasons central banks are such significant holders of gold. According to the World Gold Council’s 2021 Central Bank Gold Reserves Survey, the following factors were among those cited by central banks as being the most relevant to their decision to own gold:

And the outlook for 2022 is even more robust, according to Jeffrey Currie, global head of commodities research at Goldman Sachs. Currie and his team recently upgraded the company’s end-of-2022 gold price target to 2,500 dollars, which would represent a roughly 32% improvement over current levels.

In a recent appearance on Bloomberg TV, Currie said a key reason for that optimistic gold outlook has to do with what he predicts will be even bigger demand for gold on the part of central banks this year. Currie told Bloomberg that he sees central bank gold-buying reaching “somewhere around 750 [metric] tons this year,” which, as he notes, would be an all-time record.[7]

The effort by central banks to bolster the stability of their reserves with gold is significant, in my view. I also believe it’s significant some U.S. states are moving to include gold among their eligible reserve assets.

I recently came across an article on the website of the Sound Money Defense League discussing the efforts of elected officials in Oklahoma, Idaho and other states to enable their respective state treasurers to use gold and silver as reserve assets.[8] Have you heard anything about this?

I would say the most momentous piece of news on this front is that the Idaho State House recently passed – by a substantial majority (55-14) – House Bill 522, which would “provide that idle moneys may be invested in physical gold and silver in certain instances.”[9] The next stop for HB 522 is the Idaho Senate. As for Oklahoma, state representative Sean Roberts introduced House Bill 3681 in January which, if passed, would authorize the use of precious metals by the Sooner state treasurer in fundamentally the same way as the Idaho legislation.[10]

To be clear, no state appears to be on the verge just yet of officially including gold and silver as eligible reserve assets. But I think all of this activity – and particularly the Idaho State House’s passage of HB 522 by such an overwhelming majority – says a great deal about the value government officials at all levels place on real assets such as precious metals.

Is Central Banking’s Embrace of Gold a Cue for You to Do the Same?

Earlier, when I listed reasons cited by central banks as most relevant to their decision to own gold, I referred to them as “notable.” Here’s why I said that: Because they are virtually indistinguishable from the reasons many savvy individual retirement savers choose to keep gold among their holdings.

So I’ll restate this as a question: If central banks are relying on gold as heavily as they are to help mitigate dollar weakness and other potentially negative impacts to their reserves, and if even some state legislatures are thinking of doing it, could it make sense for you to consider doing the same?

Ultimately, of course, that question is yours alone to answer. But if you believe there could be some benefit to including gold and silver among your assets in the same way central banks think it’s a benefit to them, I encourage you to take up the subject with Augusta Precious Metals.

Why Augusta? Because Augusta has earned thousands of positive ratings and reviews from customers and businesses. And, when you call Augusta at 800-700-1008, you’ll get to have a relaxed, informative conversation about gold and silver with one of our knowledgeable and friendly customer success agents. What you won’t find yourself doing is looking for a way to get off the phone as fast as possible because the person on the other end is burdening you with high-pressure sales tactics or making outrageous claims.

We have an educational, useful guide you’ll receive for free when you call. You also will learn about Augusta’s unique one-on-one educational web conference designed by Mr. Devlyn Steele, our director of education and on-staff, Harvard-trained economist. This presentation – which is free – details the numerous challenges facing earnest retirement savers and explains how precious metals could help them achieve their long-term financial objectives in spite of those challenges.

Governments prefer so-called “elastic currency” because of the capacity for a money supply made up of elastic currency to be adjusted to support fiscal and monetary policy agendas. Yet those same governments – including here in the United States of America – also reserve for themselves the right to hedge their resources through central banks with the most inelastic of currencies, physical precious metals, which makes it possible for them to achieve effective diversification. Could it be a good idea for you? If you think so, I invite you to give Augusta a call and talk about it.

We look forward to hearing from you.