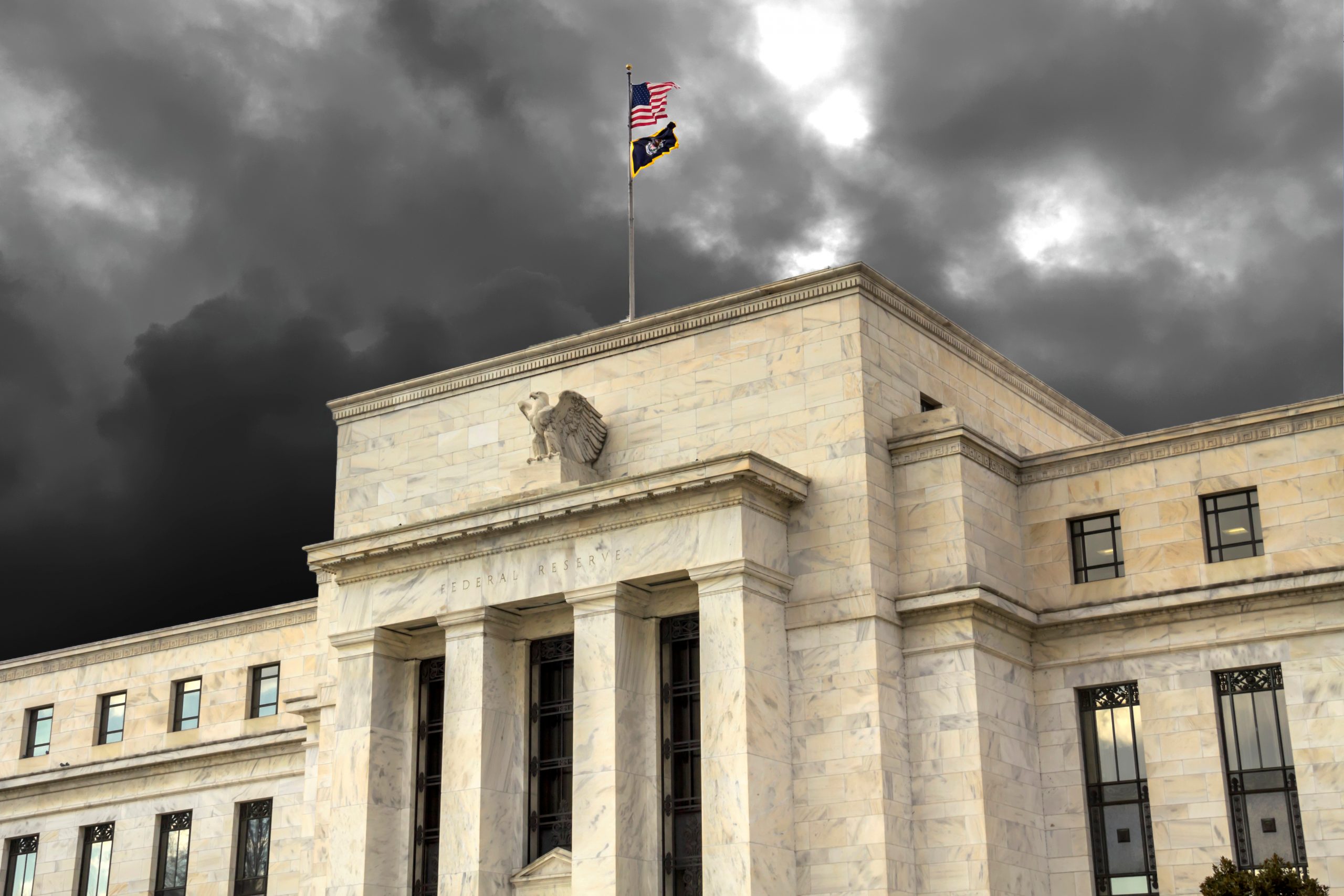 So here it is, April 2022. One year since inflation reemerged on the American landscape.

You may recall there was no shortage of professional observers who immediately dismissed the inflation number we saw last April – 4.2% – as “transitory.” The suggestion then was that the higher prices were simply a short-term consequence of pent-up demand playing out in the post-pandemic economy. Among those who seemed largely unconcerned at the time about inflation were policymakers at the Federal Reserve.

Not all of the Fed’s key players were blasé about the return of actual inflation, however. The most prominent voice at the Fed who last year suggested straight away that inflation might be more than transitory belongs to St. Louis Federal Reserve President James Bullard. In May 2021, following the announcement of the 4.2% April CPI, it was Bullard who opined that “some of this [inflation] is transitory, but not all of it.”[1]

Then in June 2021, just days after the announcement that May’s CPI jumped to 5%, Bullard said he was in favor of initiating rate hikes in 2022 as the Fed’s Open Market Committee was saying not to look for any rate increases until 2023.[2] In November, before Fed Chairman Jerome Powell got around to announcing the central bank would “retire” use of the word “transitory,” Bullard updated his own outlook to say he was “penciling in” two rate hikes in .[3]

In retrospect, it seems to me that Bullard was the proverbial “canary in the coal mine” when it came to sounding the alarm on inflation as a significant and potentially chronic problem. Now that inflation has reached 8.5% – the highest level in more than 40 years – the Fed’s most vocal interest-rate hawk is being openly critical of the central bank’s more restrained plan to get price increases under control, going as far as to call it a “fantasy” in a recent interview with the Financial Times.[4]

But in his advocacy for much higher interest rates from the central bank, Bullard also is advocating for an inflation-fighting protocol with a reliable historical record of triggering recession.[5] And so in my view, should problem inflation persist and Bullard’s voice gain influence inside the Federal Reserve, retirement savers may want to be prepared as much for the possibility of recession as they hopefully are for the certainty of the inflation bedeviling all of us right now.

It seems like this all puts us between a rock and hard place, but there are things retirement savers can do to minimize the damage to their personal savings using precious metals. Before I talk any more about preparation, however, it might be helpful – perhaps even instructional – to look a little further at what Mr. Bullard has on his mind right now.

You may know by now the Fed is walking a tightrope on the matter of rate hikes. They realize inflation has to be contained. But the central bank desperately wants to avoid plunging the economy into recession. They have a solution they hope will allow them to remain upright throughout the duration of their high-wire act: keep interest rates at a “neutral” level.

“Neutral” rates ideally facilitate a “Goldilocks” effect on the economy – not too hot, not too cold, but just right. And neutral rates currently are estimated by the Federal Open Market Committee to be around 2.4%, which, for perspective, is less than half of what the Fed Funds rate merely has averaged over the last half-century (5.%).[6] James Bullard isn’t having it.

“We have to put downward pressure on the component of inflation that we think is persistent,” he added. “Getting to neutral isn’t going to be enough it doesn’t look like, because while some of the inflation may moderate naturally . . . there will be a component of it which won’t.”

Then on Monday, April 18, Bullard effectively doubled-down on his rate posture. In a speech to the Council on Foreign Relations, he said rates should be at 3.5% by the end of this year and that even single-event rate hikes of as high as 75 basis points should be up for consideration.[7] You may recall that March’s rate hike – the first one in more than three years – was just 25 basis points. And Bullard didn’t vote for it. He wanted a 50-basis-point increase.

Bullard gives me the impression that he’s had enough of what he perceives as Federal Reserve fecklessness in dealing with the inflation that’s creating financial hardships for Americans. Just last week, I wrote about seniors exiting retirement altogether and going back to work because their savings cannot withstand inflation’s effects. In his interview with the Financial Times, Bullard said the Fed’s very credibility with the public is at stake as it remains reluctant to do the heavy lifting necessary to reduce inflation.

Is the Fed’s expectation that inflation will back off on the basis of modest rate increases a “fantasy”? James Bullard obviously thinks so. And other respected economists agree, including James Golub, chief U.S. equity strategist and head of quantitative research at Credit Suisse. In his opinion, the Federal Funds rate should be all the way up to 9.8% right now to reduce inflation.[8]

As it happens, whether it’s a result of Bullard’s persistent, vocal advocacy for more stringent rate hikes or simply a shift in posture based on their own evaluation process, there now does seem to be growing support among Fed policymakers for ratcheting up the current rate-tightening regime.

New York Fed President John Williams said last week that a 50-basis-point increase in May is “a very reasonable option.”[9] And Christopher Waller, a member of the Fed’s Board of Governors, said recently he’s all in on a 50-basis-point increase next month and is open to “possibly more” in June and July.[10] Even Federal Reserve Chairman Jerome Powell, who has been the principal central bank figure in urging rate restraint, has been making more noise lately to the effect that he’s supportive of bigger rate hikes in the months ahead.[11]

In my view, Americans should start to consider the growing likelihood that the Federal Reserve will make what amounts to a significant change to their previous rate-tightening strategy. And they should think about what effect sharply higher interest rates throughout at least this year could have on their overall financial profile and circumstances.

Retirement savers in particular have much to think about, in my opinion. As I mentioned earlier, inflation is already a fact of life, which means the loss in purchasing power that accompanies higher prices is a fact of life, as well. But now as the prospect of more substantial rate increases looms larger, so does the possibility of economic slowdown – even recession. Accordingly, I would propose that those retirement savers who so far have resisted implementing any measures to help hedge their nest eggs against the effects of economic uncertainty reconsider doing so at this time.

“That sounds great,” you might be thinking, “but what can someone do to help mitigate the effects of economic uncertainty on their savings?”

The Use of Gold and Silver as Hedging and Diversification Assets

Retirees and retirement savers of all stripes have turned to a wide variety of approaches and mechanisms to help reduce on their holdings the overall effects of inflation as well as those of general economic and geopolitical unpredictability.

To that end, a common strategy has been to purchase assets that historically have demonstrated the potential to increase in value during inflationary periods and help diversify savings due to their fundamental lack of correlation with mainstream assets. Physical gold and silver are examples of such assets.

But while there does seem to be a little more discussion of metals at popular financial news outlets these days, savers can be frustrated at not knowing where to go to get transparent, straightforward information on how to begin with gold and silver.

Let me say up front that you don’t have to be reluctant to contact Augusta. You’re not going to be met with the unpleasant, hard-sell sort of approach to “discussing” precious metals that leaves you regretting you ever reached out in the first place.

In fact, when you call Augusta at 800-700-1008, you can look forward to having a relaxed, enjoyable conversation with one of our customer success agents. Our agents enjoy discussing all things precious metals, so feel free to ask as many questions as you like.

Something else: When you call, you’ll receive one of our free information-packed guides on precious metals and gold IRAs. You also will learn about our one-on-one educational web conference designed by Augusta’s on-staff, Harvard-trained economist. This presentation – also free – helps retirement savers better understand the impact that inflation and general economic uncertainty can have on personal financial resources, as well as why owning gold and silver have the potential to help reduce that impact.

Inflation already is uncomfortably high. And if St. Louis Federal Reserve President James Bullard gets his way, interest rates may start to get uncomfortably high for Americans, as well. The goal, of course, is a return to what is thought of as more normal circumstances – a functional economic environment characterized by both modest inflation and modest interest rates. But for now that environment remains elusive. And so if you’re ready to learn more about how gold and silver could help you hedge and diversify your retirement savings, we’re ready – always ready – to help. Call Augusta today.