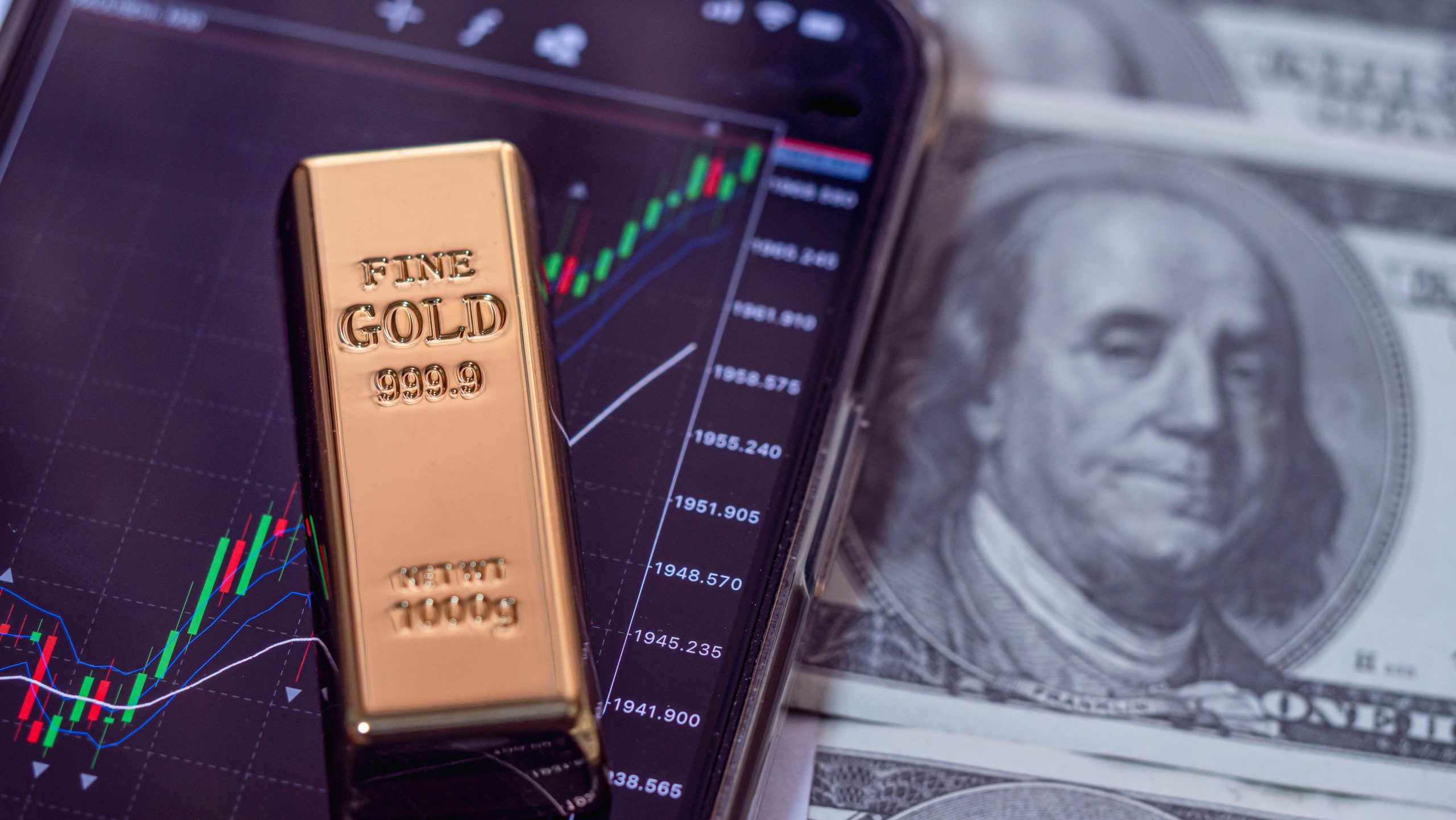 Precious metals are not renowned for their performance as long-term capital appreciation assets, historically. That said, there’s little denying that precious metals have acquitted themselves rather nicely since the beginning of the millennium. Economic data shows from January 2001 through the present day, the price of silver has climbed more than 400% while gold has appreciated nearly 600%.

There’s no guarantee this robust longer-term performance of metals since 2001 will continue. But if it does, we may see individual years ahead during which gold and silver demonstrate real strength. And according to a growing number of observers, 2023 might just turn out to be one of those years.

Despite inflation touching 40-year highs last year, 2022 turned out to be underwhelming for gold and silver in their capacity as inflation hedges. The biggest reason was the aggressiveness with which the Federal Reserve raised interest rates in the effort to rein in inflation. Last year, the central bank hiked rates at the fastest pace since the 1980s.[1]

Higher rates and surging dollar strength tend to be kryptonite to precious metals, and that certainly was the case in 2022 (although it also should be mentioned that gold and silver still proved resilient in the face of exceptional volatility that wiped trillions from the net worth of U.S. households).[2]

The outlook for metals in 2023 is considerably better. Economic conditions proved averse to gold and silver last year, but there’s a different mix of conditions expected this year – a mix that a number of analysts say could be rocket fuel for gold.

I’m going to talk about those conditions in this article and why they could be so optimal for the performance of gold. I’m also going to have a separate discussion about silver, which some analysts believe could outperform gold in 2023. And before closing out, I’ll touch on the results of a recent poll that suggest savers may be every bit as up to speed on metals’ near-term prospects as the professionals.

Strategist: Fed Pivot Will “Ignite an Explosive Move for Gold”

You’re probably familiar with the popular narrative of precious metals in the context of inflation, which says upward price pressures should provide energy to gold and silver. There can be a glaring exception to that “rule,” however. The exception is when interest rates also are rising – and rising by leaps and bounds, as they did in 2022.

But that was then and this is now. In 2023, signs that inflation may be moderating – even if it persists above the Fed’s 2% target – mean the Fed could be on the verge of pausing rate hikes.

To be sure, a pause in rate hikes is not the same thing as an outright pivot to rate reductions. But the highly anticipatory nature of markets and assets is such that even the move toward a pause while inflation remains an issue is expected to be good for precious metals.

As a matter of fact, gold has feasted in recent weeks on economic news and data suggesting the pause-to-pivot cycle could begin soon. Jobs data released on January 6 showed a decrease in the rate of wage growth, and it excited gold so much the spot price of the metal climbed 2% that day.[3] And just a few days ago, a favorable government inflation report pushed spot gold slightly above $1,900 – its highest level in eight months.[4]

If the movement toward a pivot continues and rate cuts actually begin, analysts say we can expect a particularly dynamic response from gold. In fact, some strategists expect both the pivot and the anticipated robust reaction of gold to that pivot to begin before the year is up.

“It is our opinion that central banks will pivot on their rate hikes and become dovish during 2023,” Eric Strand, CEO at AuAg Funds, told CNBC last month, “which will ignite an explosive move for gold for years to come. We therefore believe gold will end 2023 at least 20% higher.”[5]

Strand is by no means the only strategist who’s keen on the possibility of seeing record gold this year. Edmund Moy, former director of the U.S. Mint, recently said he wouldn’t be surprised to see gold “topping $2,100 or more” this year.[6]

Ole Hansen, head of commodity strategy at Saxo Bank, goes a step further in his projections for a pivot this year as well as a potential consequential boost in the price of gold. Last month, Hansen said he expects big things this year from gold due, in part, to “rising global liquidity as policymakers move to avoid a debacle in debt markets as a mild real growth recession takes hold.” As for a 2023 price forecast, Hansen projects that “gold slices through the double top near USD 2,075 (the current all-time high for gold) as if it wasn’t there and hurtles to at least USD 3,000 next year.”[7]

Analysts: Silver’s Inherent Volatility Could Propel It Past Gold This Year

Most of the recent pro-metals chatter has centered on gold. But if you listen carefully, you’ll hear some of the same analysts who are so high on gold say they’re even higher on silver.

Take Mobeen Tahir, director of macroeconomic research at WisdomTree. In a CNBC appearance last month, he suggested we could see “perfect conditions” for gold this year – then he said the leveraged relationship of silver to gold could see it outperform the yellow metal in 2023.

Another analyst who thinks silver could best gold this year is John LaForge, head of asset strategy at Wells Fargo.

Referring to silver’s recent price gains, LaForge added, “I am a little more positive on silver now that we are back to $23.” As for silver’s prospects from here, LaForge says, “It is the high-beta play.”[10]

“High-beta play” is a reference to silver’s frequent tendency to outperform gold during precious metals bull markets because of the white metal’s inherently higher volatility. That volatility is due largely to the fact that the silver market is much smaller than the gold market – less than one-tenth the size, as a matter of fact.[11] Mobeen Tahir alluded to silver’s besting of gold during the “lockdown years” of the global pandemic. There are numerous other instances of the silver bull outrunning the gold bull, including during the financial crisis.[12]

Bank of America envisions silver having a solid 2023 based not only on expectations for the macroeconomy but on the possibility there could be some improvement in the industrial climate, as well. Industrial demand accounts for roughly half of all demand for silver.[13]

“On the macro side, a Fed pivot and stabilization of USD should make the precious metal more attractive,” Michael Widmer, commodity strategist for Bank of America, recently suggested. “Meanwhile, on the micro side, a stabilization of industrial offtake may help.”[14]

It can’t be denied that there’s real optimism surrounding both gold and silver as 2023 gets underway in earnest. But does that mean it’s time for you to consider adding – or adding more – gold and silver to your holdings?

I’ll talk about that next.

Should You Embrace the Current Enthusiasm for Metals?

It’s worth noting the optimism surrounding metals isn’t just an analyst-driven narrative. Shrewd savers also understand the potential for both gold and silver to shine particularly bright this year.

According to a recent survey by Kitco, respondents said gold and silver would be the two best-performing assets of 2023.

One feature of the Kitco poll results that I find particularly interesting is how evenly split respondents were between gold and silver. An impressive 37.5% of respondents said gold will be the top-performing asset of 2023, while 36.8% said it will be silver that rules the asset roost this year.[15]

So, with all this being said – should you be paying close attention to the excitement swirling around precious metals right now or doing anything about it?

That’s a question only you can answer. You have to use reason (and consult your own legal, financial and tax professionals) to determine whether including physical precious metals in your inventory of assets makes sense for you.

The way economic conditions are expected to unfold this year suggests the possibility of a good year for both gold and silver. But the anticipated longer-term economic environment also could prove fertile ground for metals, as well.

The fact that both gold and silver have demonstrated their viability as longer-term core assets since the beginning of the millennium doesn’t guarantee their success going forward. But I think it’s worth noting that it has been a millennium characterized thus far by a steady uptrend in global uncertainty and experts suggest this global uncertainty could persist for years to come.[16] Because gold and silver have often done well during such times through history, I think it’s reasonable to believe they may have an opportunity to continue showing off their reputation as safe-haven assets.

I see these as sound reasons (both short-term and long-term) for retirement savers to at least consider the addition of metals to their holdings at this time. If one or both of those outlooks resonate with you, precious metals could help you enjoy priceless peace of mind about your own retirement situation – come what may.