Digital Dollar Pursued by Fed: This Is Not Good 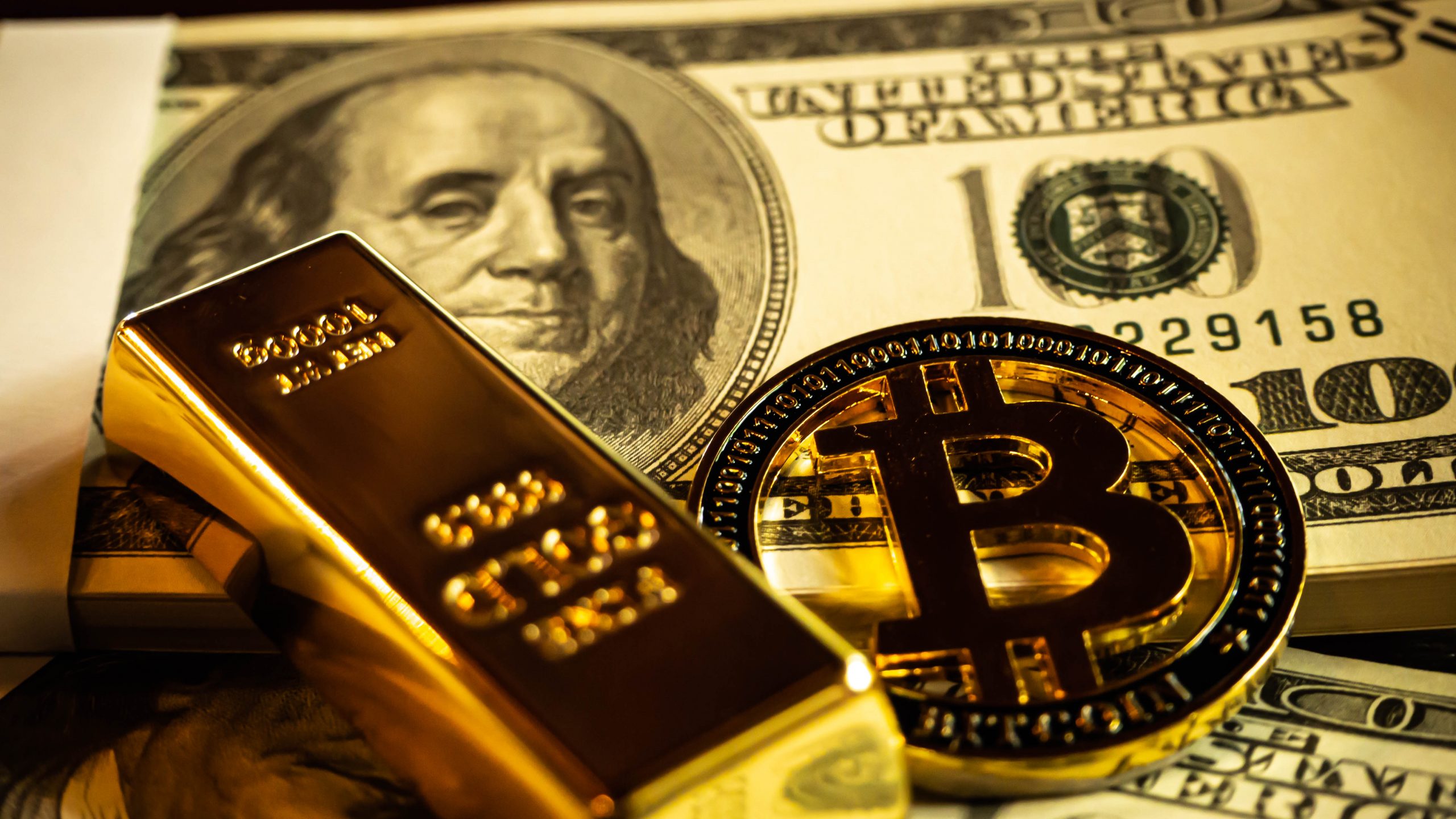 I have some news for you: Like it or not, central bank use of digital currencies (CBDCs) is coming. How do you feel about a digital economy?

Bloomberg says more than 85% of the world’s central banks, including the Federal Reserve, are now developing digital currencies.[1] China’s digital yuan is up and running. The European Central Bank expects a digital euro in four years.[2]

The Wall Street Journal reports the Federal Reserve is studying potential benefits and risks of issuing a digital version of U.S. currency.[3 ] It may not be all bad for everyone; the Journal notes a digital dollar could help bring into the financial system “people who lack bank accounts and provide an efficient way for the government to distribute financial aid.”

But is financial inclusion really the objective behind development of the potential adoption of a digital dollar? I wonder. Some suggest more nefarious motivations behind the drive toward digital dollars and a digital economy, including giving government the ability to track the spending habits of citizens.

In my assessment, there are a variety of potential implications associated with digital currency issuance, including greater ease of initiating drastic forms of monetary policy. For example, negative interest rates significantly below zero would be easier to implement with digital currency, because we could no longer store physical cash outside of the financial system.

But it does seem to me that concerns over financial privacy are the biggest worry for people who might have to use digital currency. A survey conducted earlier this year by the European Central Bank found that the potential of the digital dollar to help central banks and governments violate financial privacy is consumers’ single biggest concern about digital fiat.[4]

On that note, one policy analyst says China’s real intent behind the digital yuan is a broader effort to constrain personal freedom.

Many potential implications associated with a digital dollar – including ease of implementing drastic monetary policy – are relevant to physical precious metals. But, given overriding concerns of so many people about privacy, I want to spend time this week focusing on that subject exclusively. Physical precious metals ownership might help savers mitigate the potential economic negatives of digital currency, but I believe gold and silver can help us mitigate privacy risks of a digital dollar, as well.

No, the U.S. is not China. But the potential of the digital yuan to energize China’s citizen-surveillance “machine” in my opinion demonstrates the financial privacy threat posed by CBDCs.

Let’s turn the clock back seven years. In 2014, China began instituting a “social credit system” to monitor citizen behavior. It rewards – or punishes – based on behavior deemed acceptable or unacceptable by the government.

You get the picture. Stunning.

So, how is one’s “social credit file” assembled and ranked in a digital economy?

Orville Schell, a director at the Center on U.S.-China Relations at the Asia Society, has some chilling insight. According to Schell, it’s accomplished by “aggregating police records, political files, financial data, medical records, travel movements, online activity and other information held on individuals to create ‘trustworthiness scores’ designed to rank each citizen’s dependability.”[6]

Enter the digital yuan, which was first researched by China’s central bank in 2014 – the same year the social credit system was introduced.[7] I’ll let you decide if that’s merely a coincidence.

After years of planning and preparation, the digital yuan was rolled out for public testing back in April. And with this, Schell says the Chinese government will enjoy “unprecedented new levels of control over China’s 1.4 billion citizens by allowing it to track their financial transactions.”

The People’s Bank of China – China’s central bank – maintains the digital yuan will improve the country’s ability to fight money laundering, gambling and terror financing, as well as enhance efficiency in financial transactions.[8] But Schell believes it is just the latest tool of the Chinese Communist Party “to fortify China’s one-party state.”

Government Tracking – How Much Does It Worry You?

Publicly, central bankers such as Jerome Powell declare that citizen privacy concerns must be addressed fully before a CBDC could be issued “since a Fed digital currency system would in theory allow the central banks to see what every user did with the currency.”[9]

It seems clear to me that a digital dollar would not just theoretically but actually allow the central banks to see how citizens are spending money. Personally, my worries about digital currency, a digital economy and financial privacy are in no way dulled by the reassurances. It’s clear the government is moving in the direction of less – not more – financial privacy for Americans.

The following week, I detailed efforts being made by Democrats to begin reducing high-earner access to IRAs. Included is the addition of an as-yet undefined new annual “reporting requirement” for employer-defined contribution plans – such as 401(k)s – with account balances of more than 2.5 million dollars.

Why is it so important for the government to know whether an American citizen has saved more than 2.5 million dollars in his or her 401(k)?

Against the backdrop of developments like that, I understand why some people can’t get comfortable with the idea of a currency that would enable tracking of purchases.

To some, it may seem like paranoia to think digital currency could have ominous implications in for privacy and liberty. I might agree if the government itself didn’t seem in favor of tracking the personal financial profiles of its citizens. But it does.

I have said before that owning precious metals is a great idea because it gives you an asset outside of the financial and banking systems. The potential adoption of a digital dollar would be highly relevant to both systems, so I think owning gold and silver could be an excellent overall risk-avoidance strategy.

In fact, I am a believer of owning a portion of physical precious metals outside of an IRA. To be clear, I strongly advocate physical precious metals IRAs because of the combined benefits of the metals themselves with the power of tax-advantaged growth. For that reason, I think gold and silver IRAs can make sense for many investors. Traditional advisors in the financial services world might disagree, but I suggest that it’s worth looking into.

For the people who are troubled by what appears to be a trend toward financially intrusive governments worldwide, it could make sense to own some metals as cash purchases, which means they are entirely outside of a tax-advantaged retirement account.

The fact is that savers today have to weigh an array of factors as they consider the best way to go to both protect and grow their hard-earned nest eggs. Some of those factors have to do with performance of assets in a volatile economic and geopolitical climate – and other factors have to do with reducing exposure of savings to prying eyes of government and central bankers. Physical precious metals can help on both counts. The issuance of a digitized version of the U.S. dollar is just one of those factors investors need to weigh.

Want to learn more and ask questions about physical precious metals in your holdings? I invite you to contact Augusta Precious Metals at 800-700-1008. When you call, you’ll receive a very useful free guide. You also will have the opportunity to learn about our one-on-one web conference hosted by the support team in Augusta’s education department. This live, information-packed presentation helps everyday Americans better understand just how the government, central bankers and others sitting atop the financial “food chain” continually profit at our expense. However, you also will learn the important role physical gold and silver can play in helping earnest retirement savers level the playing field.

The threat of digital dollars to your financial security is just one of many potential obstacles you could encounter on the road to financial freedom. Let Augusta Precious Metals help you navigate that often-tricky path safely and securely.

We look forward to hearing from you.