Consumer Sentiment Sinks to Lowest Level Since the Financial Crisis 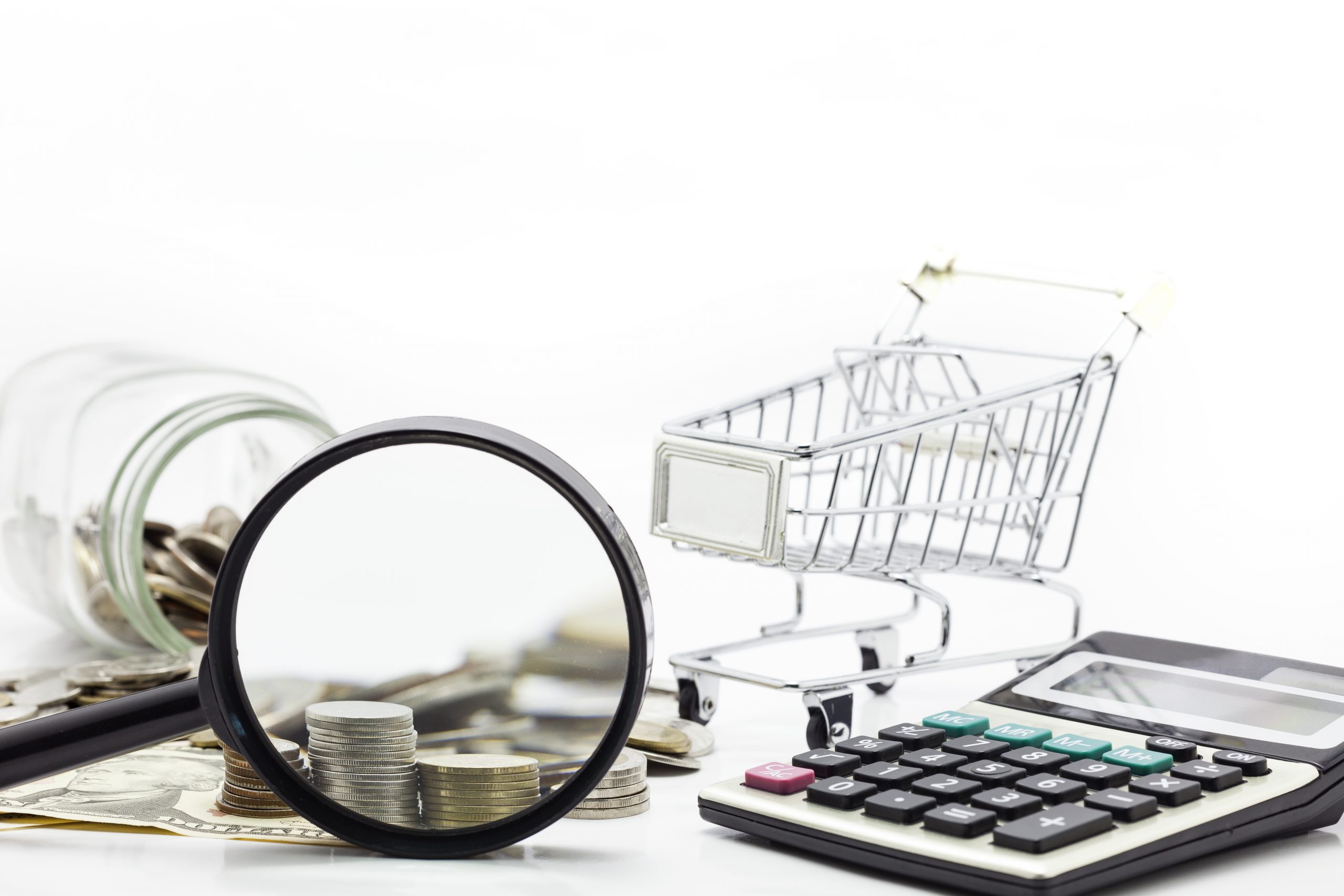 What a difference a year – or even just several months – makes. The Federal Reserve, in its recently published Economic Well-Being of U.S. Households in 2021 report, informs us that Americans were doing pretty well last year. In the fourth quarter of 2021, 78% of adults said they were “either doing okay or living comfortably financially.”[1]

That does sound good. The same report also reveals that the percentage of Americans in 2021 who said they had cash to cover a $400 emergency reached the highest level since the survey began in 2013. That year, the percentage was 50%. In 2021, it was up to 68%.

But that was then – and this is now.

Last week, I discussed data that shows a large number of U.S. households are struggling to make ends meet. Since those numbers were published, we’ve learned that consumer sentiment is down – way down. In fact, the latest reading of the heavily-watched University of Michigan consumer sentiment index – an anemic 58.4 – indicates Americans haven’t been this gloomy in their views about the nation’s economic outlook for more than a decade.[2]

Other numbers also help paint a less-than-rosy economic picture of America. For example, the savings rate is sinking like a stone. At the same time, borrowing is rising substantially, suggesting Americans may be turning to credit to pay for goods and services they would otherwise purchase with cash – if they had it.

We probably shouldn’t be surprised by these trends. The “frustrating” inflation during much of 2021 now has reached painful levels unseen for more than 40 years.[3] It seems one of the consequences of that high inflation is an unhappier, less optimistic and less financially confident American.

I’m going to spend a few minutes digging deeper into some of this data. But I also will talk a little about what Americans can do – as both consumers and savers – to perhaps limit the overall impact of the inflation and broader economic uncertainty that appear to be at the root of the unpleasant numbers we’re seeing right now.

The outlook of consumers – as measured by the University of Michigan consumer sentiment index – hasn’t been this bleak since August 2011. That takes us all the way back to the years of the financial crisis.[4]

In her assessment of the latest sentiment index, survey director Joanne Hsu said, “This recent drop was largely driven by continued negative views on current buying conditions for houses and durables, as well as consumers’ future outlook for the economy, primarily due to concerns over inflation.”[5]

And the latest consumer sentiment index isn’t the only piece of relevant economic data that hearkens back to the financial crisis. The Commerce Department reports the personal savings rate – as a percentage of disposable income – plummeted to 4.4% in April.[6] Fox Business notes that’s the lowest level since 2008.[7] And experts say inflation is a big reason why Americans are tearing through their savings right now.

“We’re starting to dip into savings because what generally happens in periods of inflation is you see demand destruction because prices just get too high and people just stop consuming whatever it is,” Mitch Roschelle of economic strategy firm Macro Trends Advisors LLC told Fox Business. “While we haven’t truly seen demand destruction yet, the first thing that happens is people start dipping into savings because they’re not willing to slow down consumption.”[8]

In other words: While high inflation will prompt consumers to restrain spending, it also will cue others to spend down their resources for as long as they’re able to. And these resources include not only whatever savings they have available but also as much debt as they can shoulder, too.

As it turns out, consumer debt loads are rising by leaps and bounds. For example, economists predicted they’d see consumer debt increase by $17.5 billion in February. It went up $41.8 billion.[9] And the very next month, March consumer debt jumped by $52.4 billion – a year-over-year increase of 14%. Consumer debt hasn’t risen that much in a 12-month period since December 2010 – once again, the era of the financial crisis.[10]

Curt Long, chief economist for the National Association of Federally-Insured Credit Unions, made clear what he thinks is fueling much of the significant increase in consumer debt – and revolving credit, in particular.

“The March spike likely reflects the recent surge in inflation – particularly in gas prices – that is taking a toll on household finances.” Long said.[12]

Mindful of the reality that we are at the beginning of what’s expected to be a rather stringent rate-tightening cycle, Schulz warned, “All of this newfound debt that Americans have is only going to get more and more expensive in the coming months.”

Is there any sign of relief ahead? Maybe – but you might want guard against celebrating just yet.

Economist: Inflation Will Remain a Problem Even If It Is Slowing

Despite how ominous this data appears, there are those who see a light at the end of the tunnel.

For example, one of the popular notions about inflation right now is that it’s in the process of peaking. The latest pieces of data observers are pointing to as a sign of peak inflation are recent measures of the core personal consumption expenditures price index. The increases in core PCE – minus food and energy prices – from February through April have held steady at 0.3% for each of those months. MarketWatch notes those measures are “the smallest since last summer, when inflation’s surge briefly slowed.”[14]

But even if inflation is peaking, that doesn’t mean prices will decrease abruptly from their currently high levels. As Gus Faucher, chief economist at PNC Financial Services, said, “The slowing in inflation is very welcome, although headline inflation is likely to jump again on a monthly basis in May with another big spike in energy prices.”[15]

In other words, inflation could remain high for some time to come. Which means meaningful relief from higher prices could still be a ways off.

Also something to file away is the write-down of first quarter gross domestic product (GDP) from the initially reported -1.4% to -1.5%.[16] Economists had expected GDP for Q1 2022 to show an increase of 1%, so the 1.4% decline was enough of an unwelcome surprise.[17] Negative quarterly GDP has historically been seen as a strong indicator that a country is in or approaching recession. One unofficial definition says that two consecutive quarters of negative GDP constitutes a recession.

So what – if anything – can Americans do to regain at least a measure of financial strength and some peace of mind with a challenging economic climate?

Savers May Look to Precious Metals for Relief from Inflation Pressures

People typically are both consumers and savers to one degree or another. Economic uncertainty – particularly when inflation is a component – can create issues in the context of each of those two roles.

On the consumer side, there are no clever answers to improving one’s financial posture in these kinds of circumstances. You can spend less and/or you can earn more. And the latter could be a little easier these days given the ultra-tight labor market.[18] Yes, real wage growth is under pressure because of current inflation.[19] Still, there is no dispute that earning more money – either through an increased wage or increased hours – can be beneficial to the household bottom line.

On the savings side, there are no clever answers, either. But there is an option that could be potentially helpful in preserving purchasing power and reducing volatility throughout American savers’ holdings: That would be to own assets that historically have demonstrated the ability to fight inflation as well as provide the benefit of genuine diversification. Physical precious metals – including gold and silver – are examples of such assets.

Ultimately, the measures you take to shore up your financial position both as consumer and saver are entirely your business. But the data seems to indicate that even if there is a light at the end of the current economic tunnel, the journey we’ll have to travel before we reach it could still be a lengthy one.