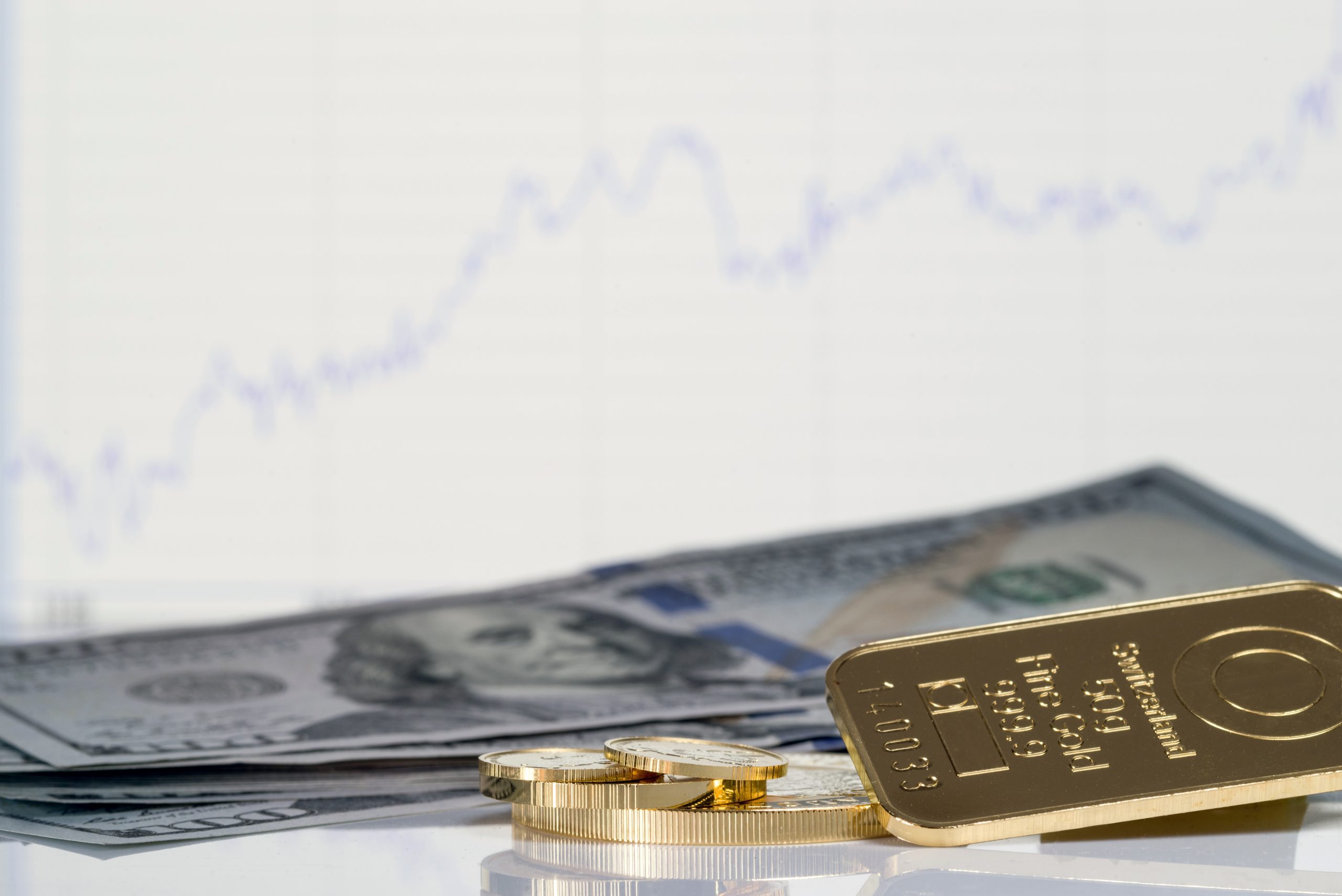 Is our economy in recovery? That’s up for debate. There’s been a lot of talk that stubborn unemployment numbers and sharply lower consumer sentiment are not representative of an economy supposedly in recovery. Some have suggested such indicators in the context of rising prices mean we are in danger of heading into stagflation – inflation without associated economic growth. Others say these weak economic signs could mean a destructive recession is looming.

Inflation, recession, financial market upheaval – these are the kinds of economic and financial threats most think of when they consider adding gold and silver to their asset base. By owning precious metals, a portion of your savings effectively is “stored” outside the financial system that can be so significantly impacted by these threats.

The Internal Revenue Service says it has a problem: the “tax gap.” The tax gap is the difference between the amount in taxes owed to the IRS and the amount actually paid. The total annual tax gap is estimated to be around 600 billion dollars.1

The government wants the money it says it’s owed. But a Biden administration proposal that seeks to recover these dollars is prompting outrage on the basis that it takes the violation of financial privacy to a whole new level.

On June 8th, IRS Commissioner Charles P. Rettig provided details about the proposed “reporting regime” in testimony before the Senate Finance Committee.2 Specifically, banks and other financial institutions would “report gross inflows and outflows with a breakdown for physical cash, transactions with a foreign account, and transfers to and from another account with the same owner” for accounts valued at 600 dollars or more. Or for which the annual gross flow threshold is at least 600 dollars.

600 dollars? That would encompass many of Americans’ smallest accounts. You have to wonder how much of a reporting burden that would put on banking institutions, for one thing. And then there’s the worry about privacy—should the government really be able to peer into our personal financial histories?

There is apparently a rationale behind that low-level threshold. Chuck Marr and Samantha Jacoby of the Center on Budget and Policy Priorities explained this in a recent article. The pair agreed a threshold more like 250,000 dollars makes “intuitive” sense, but that a high threshold creates ample opportunity for the very tax evasion the IRS says is at issue. A high flow/balance threshold would allow a wealthy, “evasion-minded” person to simply distribute their money in smaller sums across a number of accounts and remain under the IRS’s radar screen.3

And, in regard to worries that the government would unfairly prosecute low-income citizens, we’re told by the administration that only “those with the highest incomes, rather than Americans with actual income of less than 400,000 dollars” will be subject to the enforcement efforts expected to arise from this reporting regime.4 In a letter advocating for the measure written to House Ways and Means Committee Chairman Richard Neal (D-Mass.), Treasury Secretary Janet Yellen said, “Any suggestion that instead this reporting regime will be used to target enforcement efforts on ordinary Americans is wholly misguided.”5

However, the concerns remain, and many in the U.S. Congress are determined to make it right. Last week, nearly 30 GOP lawmakers signed a letter of protest that cited several specific objections to the proposal. They objected to both the greatly increased compliance costs banks and other institutions would have to bear, as well as obvious privacy concerns. In addition, they pointed out the increased risk that millions of Americans could more easily fall prey to cyberattack victimization. “Considering [that] the IRS experiences 1.4 billion cyberattacks annually and has experienced multiple data breaches, we should not give this agency additional sensitive data to manage,” the letter reads.6

A recent Fox Business article noted other criticisms of the proposal.7 Among them: The possibility it could help facilitate politically motivated tax audits and that despite administration claims to the contrary, low-income Americans and small businesses could, in fact, face more audit scrutiny.

It’s too early to know in what form this proposed regulation might actually exist, if it’s passed. A lot could happen along the legislative journey – including the possibility the regulation is not enacted into law.

But I’m going to go “big picture” here. Rather than get bogged down in the technicalities of what is being proposed, I look at it like this: Just the fact that they are considering this new law means that some in the federal government are perfectly comfortable taking steps to gain unprecedented access to citizens’ bank accounts. And I find that to be extremely worrisome.

Whether an American retirement investor purchases precious metals inside or outside of an IRA, one of the primary benefits of owning precious metals is that they exist outside of the mainstream financial system. Not only are they often unaffected by turmoil that can roil economies and financial markets, they frequently will strengthen in the face of such upheaval. And buying metals in an IRA offers savers the opportunity to maximize gold and silver’s potential with the benefits of tax-advantaged growth.

But, as the government continues to advocate for measures that could be seen as intrusive from the standpoint of financial privacy, some savers may have an interest in also buying precious metals on a cash-purchase basis. Purchasing metals in a cash account (non-IRA) can allow owners to enjoy maximum control and privacy when it comes to the storage of their gold and silver.

Buying precious metals in a cash account simply refers to the process of buying them outside of a retirement account such as an IRA. The potential benefits associated with owning gold and silver as savings assets remain intact whether one buys metals inside or outside of an IRA. But savers who choose to also purchase precious metals outside of a retirement account enjoy the additional peace of mind that comes with knowing they have the option to store those holdings on their own terms, including entirely away from any third-party facility (which is required if you want to take advantage of tax benefits of owning a gold and silver IRA).

Augusta Precious Metals makes the purchase of cash-purchase gold and silver very easy. To find out just how easy, contact Augusta at 800-700-1008. When you call, you’ll receive one of our free guides. You also will have the opportunity to learn more about our one-on-one web conference available through Augusta’s education department. This live presentation provides a personalized look at the array of challenges facing retirement savers today and how precious metals can help play a role in effectively overcoming them.

If you’re ready to take the next step toward achieving genuine savings protection, call Augusta Precious Metals today. We look forward to hearing from you.