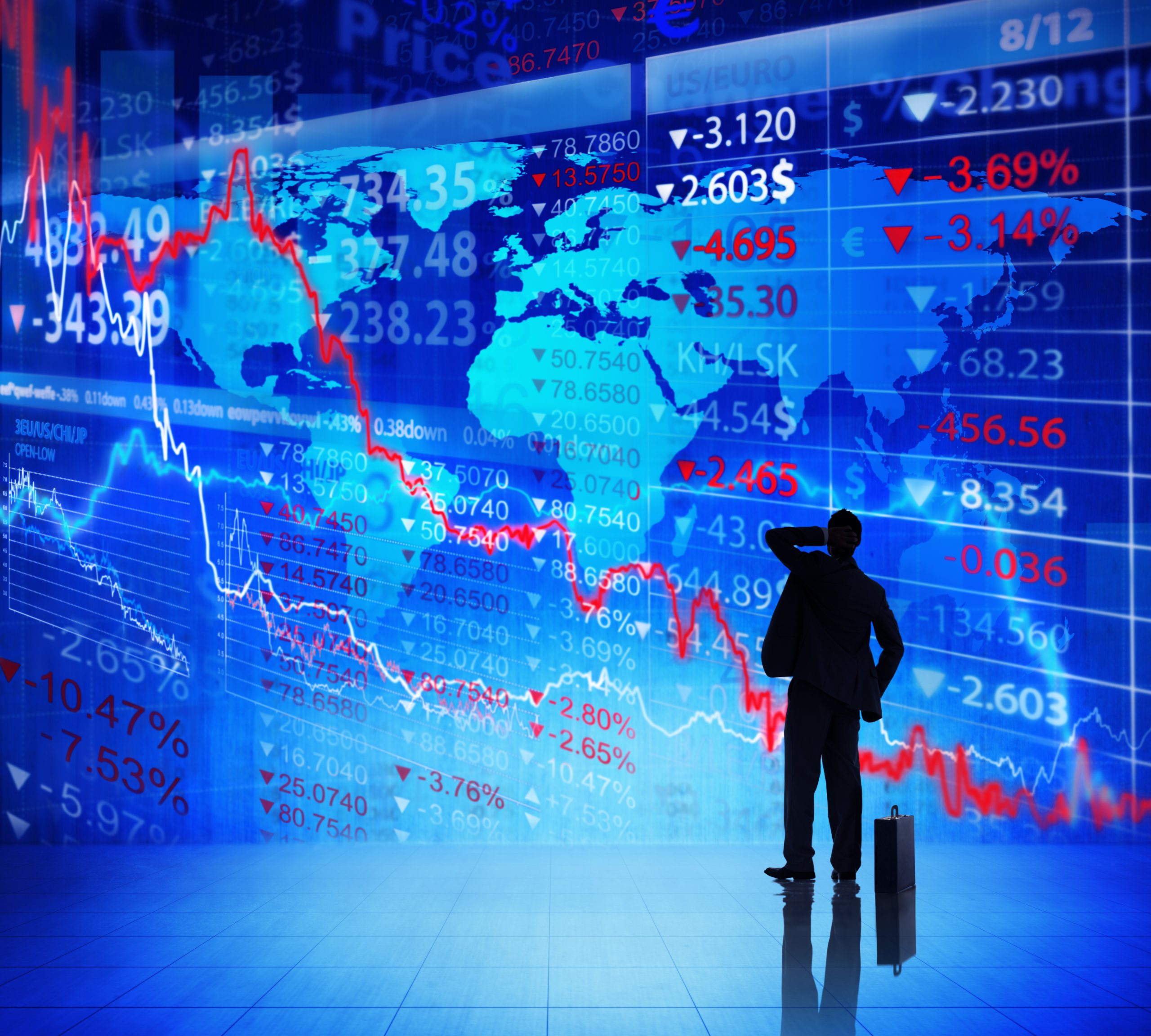 Michael Burry is back. And he once again is predicting big trouble for the U.S. economy.

If his name doesn’t ring a bell, let me see if I can jog your memory.

Michael Burry is the physician-turned-hedge-fund-manager who, in the mid-2000s, determined not only was there a massive housing bubble floating above our heads but that it was going to burst in about the biggest way possible. In Burry’s analysis, the apparent “strength” of the housing market was built largely on the back of highly leveraged subprime borrowers he believed would be unable to maintain their obligations as interest rates began to rise.[1]

Burry did more than make a projection of a financial crisis, however. In the ultimate example of putting one’s money where one’s mouth is, he bet big that it would happen: Burry effectively shorted the housing market using derivative instruments called credit default swaps.[2]

When it all came crashing down, Michael Burry personally was $100 million richer and his investors were $700 million richer in total.[3] Burry and his epic play were principal subjects of Michael Lewis’s bestselling book The Big Short: Inside the Doomsday Machine. When the book was turned into a film in 2015 – also titled The Big Short – the mercurial fund manager was played by none other than Oscar winner Christian Bale.

Fast-forward to the present day. Burry sees another crisis looming – and believes the flashpoint this time around is consumer debt.

Burry has been communicating his concerns through tweet-sized messages that he quickly deletes, which has become standard operating procedure for him. But they hang around just long enough to be recorded – and in their brevity, they say things to which consumers and retirement savers should be giving a great deal of consideration, in my view.

We’re going to go through a few of his recent messages as well as some of the key pieces of data that seem to validate his concerns. And when we’re finished doing that, we’ll spend a couple of minutes talking about an asset that could help you in the effort to hedge your savings against the fallout that Burry suggests is looming.

It is in no uncertain terms that Michael Burry is expressing his grave concerns about the exploding level of consumer debt.

“Net consumer credit balances are rising at record rates as consumers choose violence rather than cut back on spending in the face of inflation.”[4]

There actually is quite a bit to unpack in what seems at first glance to be very brief and offhand messages, so let’s get to it.

In the first part of his tweet, Burry references the record rates at which consumer debt is rising. He certainly isn’t wrong about that. According to Federal Reserve data, consumer borrowing in June increased by slightly more than $40 billion.[5] It’s the second-largest monthly increase in history – and occurred just after what is the biggest increase in history, the jump by $47 billion in March.[6]

The surge in credit card balances is particularly eye-opening. In the second quarter of 2022, credit card debt increased by $46 billion – the biggest year-over-year increase in 20 years.[7]

In other words, Americans now are borrowing at a never-before-seen pace in an effort to keep spending even as consumer prices remain at 40-year highs.

Savings Rate Now at Its Lowest Point Since the Financial Crisis

The “savings glut” mention in Burry’s tweet refers to the excess savings accumulated by Americans during the pandemic. The sum reached approximately $2.7 trillion by the end of last year, but Americans have been steadily plowing through those reserves.[8] The personal savings rate was at 8.7% in December 2021, but as of June is down to just 5.1% – the lowest level since the financial crisis.[9]

A good portion of that excess savings was built up on the basis of the government checks sent to Americans throughout the worst of the pandemic – hence Burry’s reference to “helicopter cash.” Helicopter money is a drastic method of monetary stimulus whereby central banks export the funds directly to citizens’ bank accounts, as though it was being dropped from a helicopter.

As for the parts about “choosing violence” and “winter coming”? Burry clearly is a fan of HBO’s Game of Thrones, which popularized both expressions. To “choose violence” means to stir up trouble, and “winter is coming” means something particularly bad is about to happen.

Burry is noting through his tweets that Americans are continuing to spend through credit mechanisms as they’re depleting their savings. He’s implying that in the same way the housing market in the 2000s was unsustainable, the spending we’re seeing now also is unsustainable; that once savings are exhausted and credit limits are reached, the only possible outcome is the “winter” of recession.

Although Burry seems to partly blame consumers for the savings-depleting, debt-mounting spending, he acknowledges in other messaging that high inflation effectively is forcing Americans to spend in ways they might otherwise not want to.

In a late-July tweet critical of the administration’s ongoing, upbeat narrative about the economy, Burry said:

“The White House would like you to redefine a recession as one in which consumers are not borrowing on credit cards to pay for inflation, and neither is the labor force inadequate for the size of the economy. GDP out Thursday, not that there’s anything wrong with that.”[10]

The bottom line as Burry sees it is that the massive, record-setting increases in consumer debt are a bad omen – and he sees real trouble on the horizon as a result.

So what do you do when someone so famous for being prophetic about economic turmoil suggests more of it is coming? You might consider what he’s saying – and then think about whether it’s a good idea to take steps that could help mitigate the potential fallout.

Let’s talk a little more about that.

Could Precious Metals Be Helpful as a Hedge Against Economic Uncertainty?

The good news for those looking at ways to potentially minimize the impact of another economic downturn is that they need not be as daring as Michael Burry. As it turns out, precious metals have demonstrated some historical capacity to help in that regard during recent – and notable – instances of global economic turbulence.

One of those is the very same financial crisis from which Michael Burry famously made a great deal of money. A lesser-known fact about the 2008 financial crisis is the degree to which precious metals thrived during that time. While a great deal of attention understandably was paid to the collapse of the housing market and the resulting risks to the global financial system, precious metals quietly demonstrated why they are regarded so widely as safe-haven assets.

But it’s worth noting the events of the financial crisis played out for years. This was no “one-off” economic hiccup. The ramifications of the debacle were far-reaching and long-lasting, and extended through to the 2011 European debt crisis – referred to at that time by the Organization for Economic Cooperation and Development as the greatest threat to the global economy.[14] And in the four years that ran from December 2007 to December 2011, precious metals demonstrated their resilience throughout: Gold appreciated roughly 125% and silver rose about 140%.[15]

Gold and silver again showed their “mettle” as potential hedges against significant turbulence in 2020, which we know now to be the year of the pandemic.[16] During a year that saw the worst overall economic downturn since the Great Depression, gold appreciated roughly 25% and silver jumped 50%.[17]

Additionally, I think it’s worth noting that gold’s track record during this millennium so far suggests a utility to the asset that retirement savers may overlook when considering metals in the singular context of shorter periods of economic turmoil: From the beginning of 2001 through today, the price of gold has appreciated 550%.[18]

All of this said, there of course is no assurance that precious metals will surge during another financial crisis or that gold’s respectable performance over the last two decades will continue. But when it comes to deciding how one might hedge their savings, I think there’s some value in at least recognizing that metals have shown the potential – historically speaking – to add value during both shorter-term periods of economic volatility as well as over more extended periods of time.

Michael Burry clearly is aware of his. And if there’s even a chance we may find some real value in listening to what such an obviously bright and sometimes-prognostic financial mind has to say about the economic landscape, then I say we do it.