Gold Investors Take Note: The Cost of Biden’s Plan is Probably More Than They Say 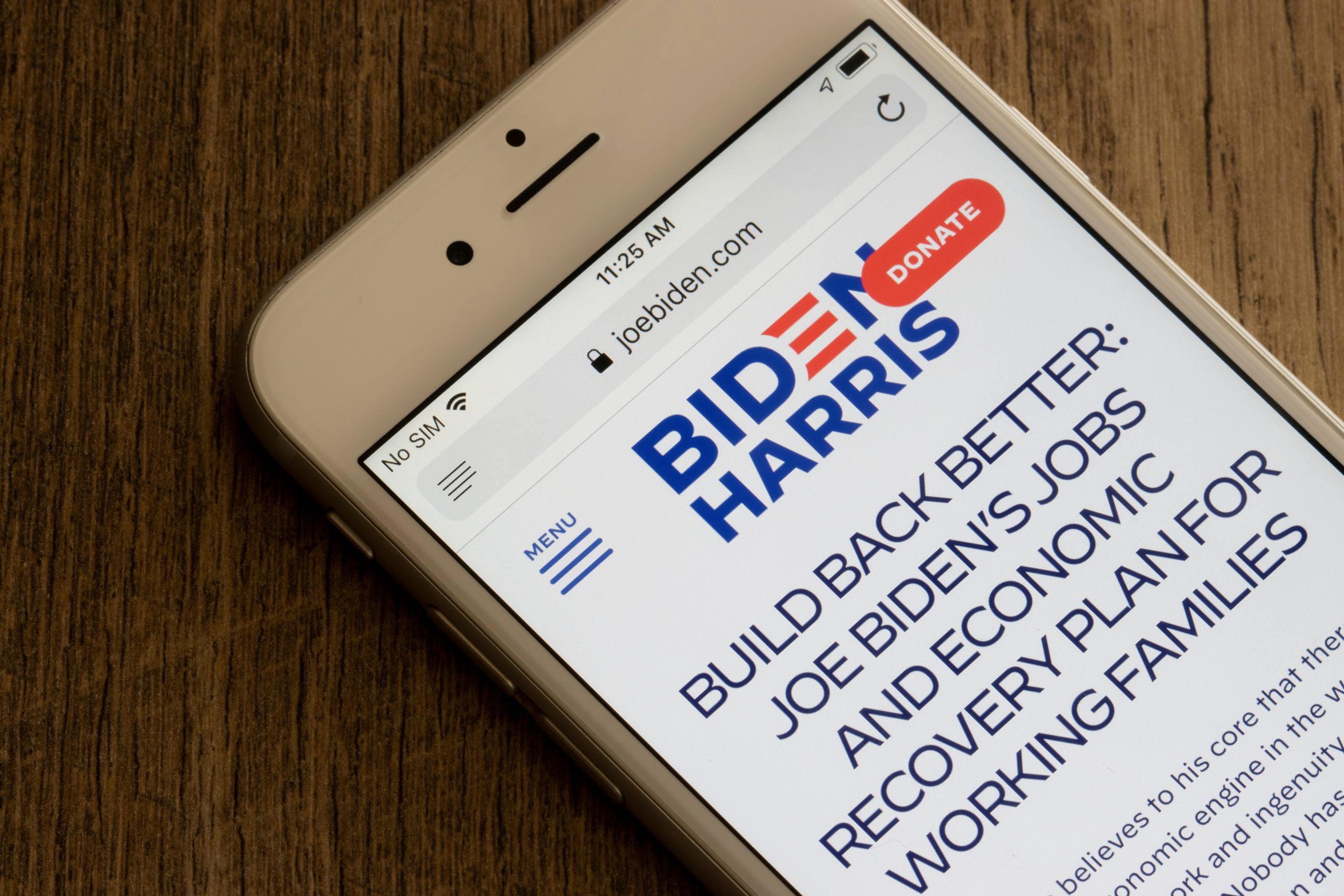 Through the Build Back Better Act (BBB), President Biden suggests he’s decided to close out his political career by trying to create a legacy of governmental progressivism the likes of which we’ve not seen up to this point in America. Indeed, as New York Times writer Jonathan Weisman said about Build Back Better in September when it was touted as a 3.5-trillion-dollar plan, it is “the most significant expansion of the nation’s safety net since the war on poverty in the 1960s … legislation that would touch virtually every American’s life, from conception to aged infirmity.”[1]

That’s an awfully grand vision, to be sure. But as you may have heard, political wrangling over the legislation’s original jaw-dropping price tag forced President Biden to come back to the table with a slimmed-down version of BBB. This leaner Build Back Better Act passed the House of Representatives with a far more palatable – relatively speaking – price tag of 1.75 trillion dollars.

So hardly great, but better than it was before the trimming – right?

Not so fast. As it turns out, a number of credible sources have been weighing in on the measure since it cleared the House to say that, well, actually, it WILL cost somewhere in the neighborhood of 3 to 4 trillion dollars. The most recent and perhaps most notable of those sources is the government’s own Congressional Budget Office (CBO). The CBO the other day released a report saying that, in fact, the bill would increase the cost of the deficit by 3 trillion dollars if its provisions were made permanent – something many Democrats have been angling for.[2]

So here we are. Not even one full year into the Biden presidency, and spending measures both on the books and on the way to becoming law “officially” total roughly 5 trillion dollars – but likely will end up costing the nation much, much more. As it is, the Committee for a Responsible Federal Budget (CRFB) projects the Biden agenda will result in a 60% net increase in the national debt by 2031.[3] The Congressional Budget Office projects the federal debt will represent more than 200% of gross domestic product (GDP) in just 30 years – a national debt twice the size of the economy![4] And should the actual price tag of the Biden agenda prove to be much higher, those already-outrageous projections likely will be revised to something even more outrageous.

Retirement investors, including gold investors, are being forced to navigate their portfolios through a 40-year-high inflation rate and record increases in the money supply. Now there’s the likelihood that actual budget deficit and debt numbers through the foreseeable future will grow to a level far in excess of the already-ridiculous figures officially quoted. Given these conditions, it’s hard for me to imagine a more appropriate scenario for adding store-of-value assets such as precious metals to one’s holdings. Because if not now…when? Gold investors are watching this closely.

When the Build Back Better Act passed the House last month as a 1.75-trillion-dollar piece of legislation, it did so on the basis that many of the bill’s most expensive programs and features would actually “sunset” – expire – within the next few years. However, many high-profile Republican politicians remain unconvinced that Democrats really will allow the bill’s provisions to sunset, suggesting that their goal is for the massive social safety net expansion to be permanent. “They put a sunset on the program to lower the cost,” Republican Senator Lindsey Graham said recently. “It’s a budget gimmick … it’s going to be a death blow to our economy.”[5]

Republican Senator John Cornyn of Texas wrote a letter to the CBO last month asking the agency to put a cost to the legislation assuming all programs are permanent. “I am concerned that the CBO score of H.R. 5376 is artificially low because of a number of timing gimmicks,” Cornyn said. “Specifically, the legislation includes a number of arbitrary sunsets and expirations of several expensive programs, which disguise the true cost of making these policies permanent.”[6]

By “gimmick,” Graham, Cornyn and others who’ve made a similar accusation – including Democratic Sen. Joe Manchin of West Virginia – mean this: That the inclusion of such sunset provisions is a strategy designed to make the legislation appear much less expensive and reckless than it will prove to be ultimately. The idea is that once the bill’s features are in place and wide swaths of the national electorate are enjoying the benefits, it will be easy to extend them or make them permanent – or, looked at another way, considerably more difficult for Republicans and other more fiscally responsible elected officials to reclaim them.

One example of a key Build Back Better Act feature with an attached sunset provision is the child tax credit program. The credits, which are worth up to 3,600 dollars per year for each child under age 6 and up to 3,000 dollars per year for kids to age 17, are supposed to expire next year. However, to the point of Graham and others, there’s a belief that Democrats will vote to extend the benefit before the 2022 midterms.[7]

There’s something else: As sobering as the new CBO estimates are, they’re not even as high as the projections made by other respected think tanks devoted to analyzing the fiscal implications of public policy.

Back in April, economist Paul Krugman summed up nicely the problem with believing massively expanded social welfare measures that are enjoyed by millions of Americans really would be just temporary. Krugman was writing at the time about Build Back Better in its previous incarnation – the American Families Plan (AFP). He also was talking about the challenges facing Republicans if they sought to repeal AFP provisions and not about sunsetting, per se. But his basic point – that, once delivered, generous social welfare programs could not be taken back quietly – very much applies today.

I mean, just imagine trying to take away affordable child care, universal pre-K and paid leave for new parents once they’ve become part of the fabric of our society. You’d face a backlash far worse than the one that followed Republican attempts to eliminate protection for coverage of pre-existing health conditions in 2017. And that backlash quickly gave Democrats control of the House and set the stage for their current control of the Senate and White House as well.[10]

Also, I don’t believe Biden’s presidency will be seen as truly “transformational” if these measures are temporary. When Build Back Better was in the form of the American Families Plan, it was called “the most consequential piece of family policy legislation in American history” by sociologist Dr. Kevin Shafer of Brigham Young University.[11] But would it really be so consequential if the bill’s most profound and impactful provisions just simply disintegrated on their own via sunsetting?

I believed then as I believe now that the goal all along has been to make permanent the key features of the American-Families-Plan-turned-Build-Back-Better-Act. But for that to happen, Democrats have to take a more “strategic” approach to the effort. That means, in this case, to play the long game by going with sunsetted provisions that keep the cost of the legislation down and then, once passed, moving to extend – or even eliminate altogether – those sunsets. And consequently hand Americans not only an enhanced welfare state but many trillions more in spending than they otherwise would expect.

I don’t think there’s any question that American retirement savers have their hands full when it comes to managing their portfolios amid the disingenuousness of ruling Democrats right now. It’s a distinct possibility that Build Back Better will end up costing trillions more – as indicated by the latest CBO score – on the basis of sunsetting provisions that don’t really sunset. But as the CRFB points out, even if all of the bill’s relevant features are allowed to expire as written, the legislation as it stands right now is much more expensive than we’re being told it is.

The uncertain, even treacherous, road retirement investors must travel in the quest for financial freedom effectively demands that they include among their holdings assets with the capacity to serve as safe-havens. Two excellent examples of such assets, as gold investors know, are physical precious metals: gold and silver. And an excellent place to learn more about adding gold and silver to one’s portfolio is Augusta Precious Metals.

When you call Augusta at 800-700-1008, you’ll speak to a friendly, knowledgeable customer success agent who will patiently answer all of your questions and won’t pressure you in the least. You will enjoy learning more about many economic nuances and precious metals in a thoroughly enjoyable and relaxed telephone atmosphere.

You will receive one of Augusta’s free, informative guides when you call. And you’ll also learn about Augusta’s very-unique and proprietary one-on-one web conference opportunity. Available to qualified investors, this live presentation takes an in-depth look at the challenges posed by the American financial system to retirement savers and how precious metals can help you overcome those challenges. This comprehensive web conference was designed by the nationally respected precious metals authority Devlyn Steele, who serves Augusta both as its director of education and on-staff Harvard-trained economist.

Build Back Better? Or Build Back Debtor? Even in its as-written form, the cost estimate of Build Back Better means it’s poised to make a material contribution to the nation’s ever-expanding debt load. That in itself is an important fact. But should the legislation morph into the monstrosity so many are now predicting, its ultimate impact on the nation’s fiscal and economic profile could be extraordinary. Act now – call Augusta today.

[2] Jack Turman and Sarah Ewall-Wice, CBSNews.com, “Democrats are pushing for permanent monthly child tax credit payments. They might have to settle for a one-year extension.” (October 21, 2021, accessed 12/16/21).