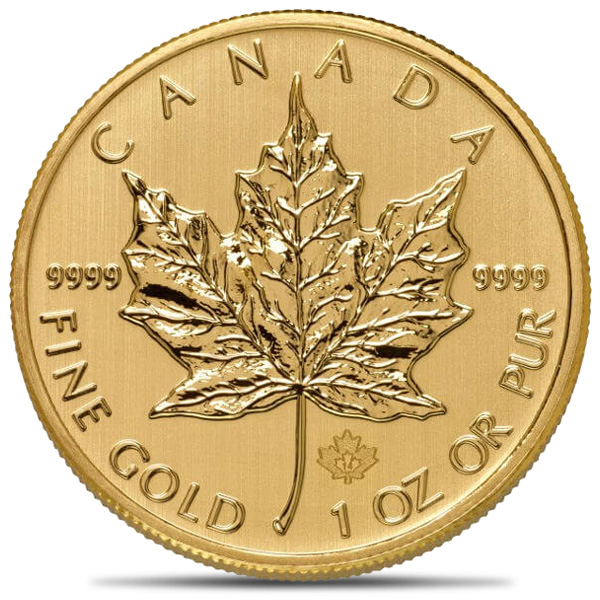 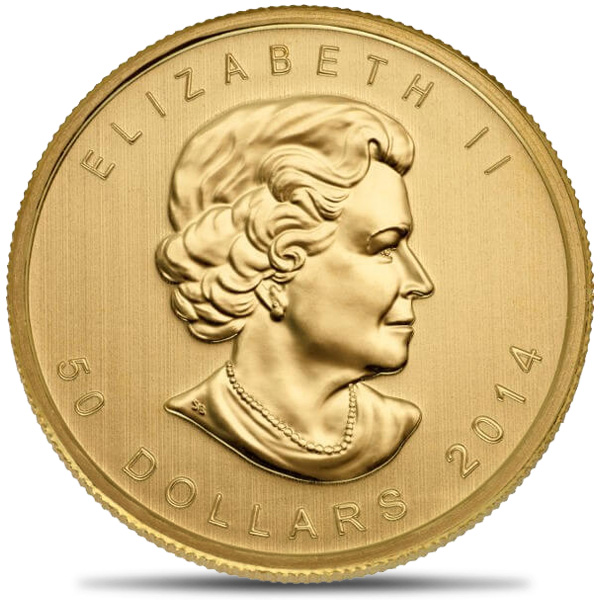 The Royal Canadian Mint calls its gold Maple Leaf coin “international symbol of purity” because it is 99.99% pure gold. First minted in 1979 as 0.999 fine gold, it has been 0.9999 fine since 1983. Because of their purity, gold Maple Leafs scratch more easily than less-pure bullion and should be handled carefully.

The obverse shows a bust of Queen Elizabeth II, whose appearance was updated in 1990 to feature the more mature monarch. In both versions, “ELIZABETH II” is at top, with the denomination and issue date at bottom.

The reverse depicts a maple leaf, the national symbol of Canada, hence the coin’s name. The reverse also has “CANADA” and the gold amount and purity in English and French, the official languages of Canada.

The Royal Canadian Mint, the nation’s official mint, was the first mint in the world to commercially produce 99.99% bullion gold coins. More recently, it also became the first mint to produce a 99.999% gold coin. The Ottawa branch of the Mint has been in operation since 1908. The main branch for production today is Winnipeg.

The government of Canada guarantees the purity, weight and legal tender value of Canadian gold Maple Leaf coins. For this reason, gold Maple Leafs have been highly regarded by international investors since their 1979 introduction.