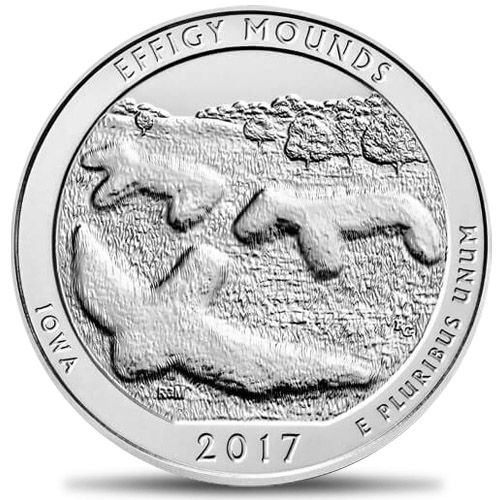 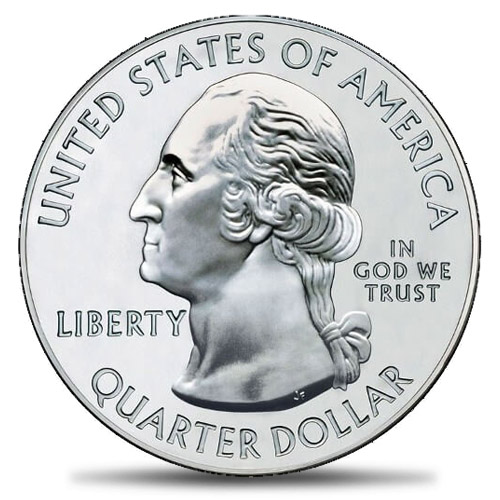 The America the Beautiful Series of silver coins from the United States Mint are quick sellers on an annual basis, with five new releases each year

The front of the ATB Effigy Mounds National Monument Silver coins includes the common design theme, that of President George Washington. This left-profile portrait has appeared on the circulation 25-cent piece since 1932 and was created by John Flanagan.

On the reverse of the 2017 5 oz ATB Effigy Mounds National Monument Silver Coin is the image of some of the mounds created by the people of the Woodland Cultures. Included are engravings of the state of issue, representative park, and the year of issue.