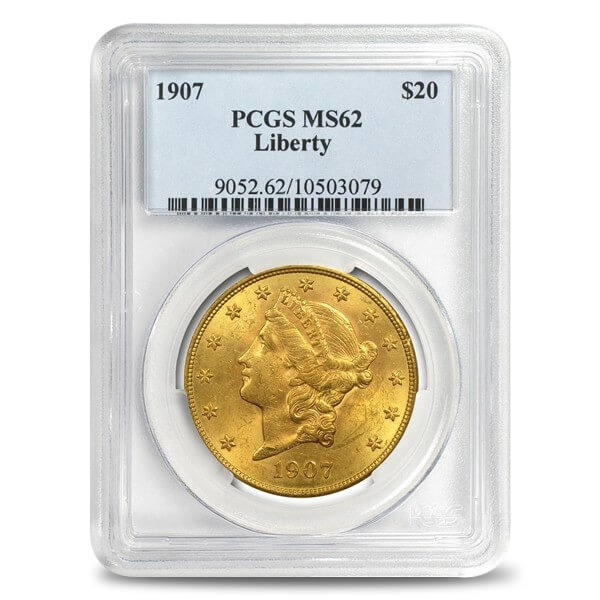 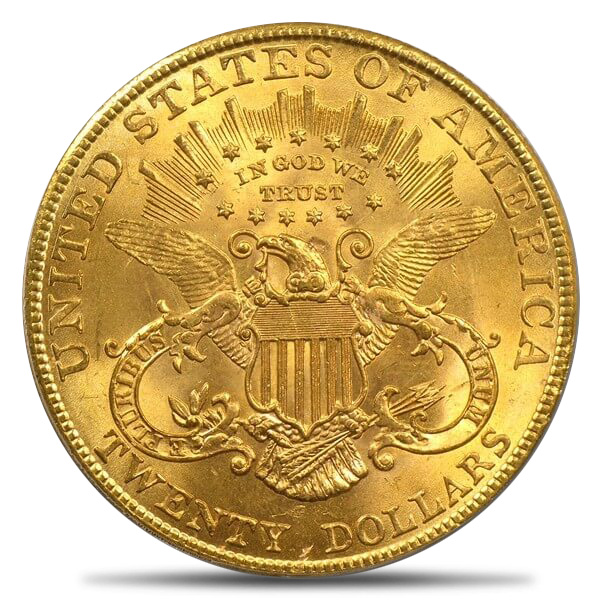 Because the 1848 California Gold Rush flooded the U.S. gold market, Congress authorized the United States Mint to create the $20 gold Liberty (also known as the Coronet and Double Eagle) on March 3, 1849. It remained in production until 1907, when the United States Mint began producing the $20 Saint Gaudens.

Designed by James B. Longacre, the obverse (front) of the $20 Liberty gold coin shows Lady Liberty wearing a crown inscribed “LIBERTY.” Representing the original 13 colonies, 13 stars and the date encircle her.The reverse shows the U.S. Great Seal, and “UNITED STATES OF AMERICA” arcs the top.Three different versions of the $20 Liberty were minted. Depending upon the date and type, other pieces of information are listed on the reverse, as listed below.